Producing energy is a big problem in Chronic Fatigue Syndrome (ME/CFS). In fact it’s probably the problem in ME/CFS, which is why the findings of mitochondrial dysfunction and lowered ATP production have made sense. When the metabolomics studies suggested that chronic fatigue syndrome (ME/CFS) was a hypometabolic state, the field seemed set: energy production (ATP) was low and the mitochondrial activity probably was too. Fatiguing disease and low ATP production: it seemed to make so much sense. 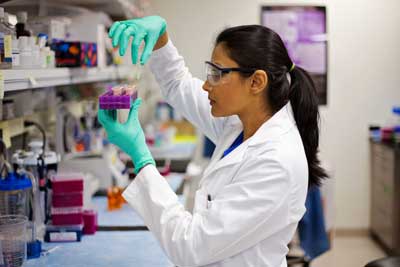 Then came the study with the eye-catching title: “Elevated Energy Production in Chronic Fatigue Syndrome Patients.” It suggested that far from being low, cellular energy production was actually abnormally high in ME/CFS patients. Even for a field that’s had more than its share of inconsistent findings, that was a real lu-lu.

Plus the patient samples in the Wang ME/CFS study came from some of our best ME/CFS experts. Plus it was funded by an ME/CFS group – the Chronic Fatigue Initiative – that hires only the best researchers. There was no looking past this result.

“Our results present an unorthodox view on CFS pathology: the fatigue is not caused by lack of ATP, and instead might be caused by a pathological process linked to non-mitochondrial ATP production such as glycolysis.” The authors

Even the researchers expressed surprise at the results.  The ME/CFS patients’ cells were pumping out ATP at over double the rate of the healthy controls cells.

That’s a bizarre finding in a disease characterized by severe fatigue and the inability to exercise. The fun didn’t stop there, though.  Wang found that most of the ATP increase came from non-mitochondrial means.  ME/CFS patients were actually producing normal levels of mitochondrial ATP but over double the levels of non-mitochondrial ATP. That finding lead us right back to the glycolysis question, and put the study findings in line with the results from the Armstrong/McGregor and Naviaux papers.

It was clearly a system under stress. I asked Dr. Wang how her lab got interested in chronic fatigue syndrome (ME/CFS).

I was introduced to this field by a project manager (Stella Lee) at the Chronic Fatigue Initiative. Because my lab’s expertise is to examine mitochondrial dynamics and function and there is an intriguing theory this debilitating disease is caused by malfunction of mitochondria, I decided to pursue this research by joining the collaborative effort by the Chronic Fatigue Initiative.

The high amount of non-mitochondrial ATP production (about doubled in the ME/CFS group) seemed to jive with past studies suggesting that something was going on with glycolysis. Glycolysis provides pyruvate for the mitochondria and produces some ATP. Most evidence to date suggests that glycolysis is the big problem in ME/CFS, not the mitochondria.  Unfortunately, the glycolytic or anaerobic production of energy also produces toxic by-products that could conceivably be causing many symptoms in ME/CFS. 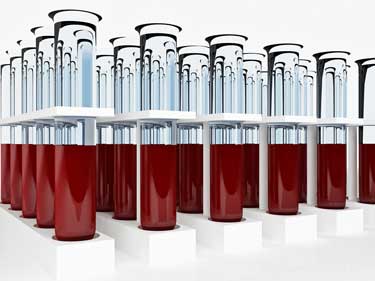 Still, the high energy production of the ME/CFS patients’ cells put the study finding at odds with a raft of other studies suggesting that ME/CFS is not a hypermetabolic disease – as this study appeared to suggest – but a hypometabolic disease.

Both Davis and Fluge/Mella have found evidence that something in ME/CFS patients’ blood is stopping their cells from producing normal amounts of energy. I asked Dr. Wang if the cells in her study were in the patients’ serum or separated from the serum. It turned out that they were indeed free from the serum.

The PBMCs we got were free of serum. So, we were studying the state of cells free of interruption from factors in the serum. It would be valuable if a direct comparison with and without serum could be made using the same cells.

I asked Dr. Wang if by-products of glycolytic production such as lactate could be causing issues in ME/CFS.

That’s indeed my speculation. There might be some intrinsic triggers in the patients, such as activation of immune cells, and/or elevation of cellular activities, that promote glycolysis – a similar situation when we exercise too vigorously and we feel sore and tired.

She suggested that a kind of runaway glycolytic process could be occurring in ME/CFS patients’ cells.

However, if we exercise too much and feel tired, we can stop the exercise, but the patients’ cells wouldn’t know how to turn off their activities which increases glycolysis and the by-products, and over time that may cause a problem.

When asked if the results in her study could shed light on the exercise problems in ME/CFS, she noted, again, that attempting to do that was like comparing apples and oranges. In the exercise studies the cells were in the blood; in her study they were not.

It is difficult to directly compare our results from cultured PBMCs with those from patients in vivo. The reason is that the cells we studied were dissociated from the patients and thus they didn’t have the same environment as those cells inside the body. To be precise, other cells, serum, and the environment surrounding PBMCs were not present anymore.

When asked why ATP production in the ME/CFS patients cells might be double that of the non-ME/CFS patients, Dr. Wang brought us back to a placde we always seem to end up at – the immune system.

It is possible that those immune cells (PBMCs) are activated, maybe due to a virus infection or other pathological conditions. It has been shown that when activated, immune cells shift from catabolism to anabolism which requires more energy, and become increasingly dependent on glycolysis for ATP production. This theory was raised by Dr. Maureen Hanson via personal communications. Ref: Fox, C. J., Hammerman, P. S. & Thompson, C. B. Fuel feeds function: energy metabolism and the T-cell response. Nat. Rev. Immunol. 5, 844–852 (2005). (This study appears to show how T-cells, when activated by pathogens, increase their uptake of metabolic substrates.) 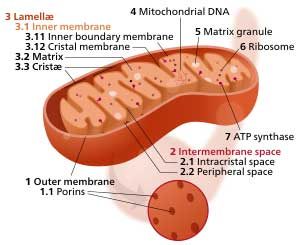 An abnormally high production of non-mitochondrial ATP was the main finding in the paper, but the mitochondria in the ME/CFS patients weren’t entirely normal either.  Increased numbers of condensed mitochondria cristae (internal mitochondrial membranes) were also found in the ME/CFS group – a finding that was probably due to unusually high energy demands.  I asked Dr. Wang to speculate on what might be causing such high energy demands in a very sedentary group of patients. She suggested that pathogens (immune activation) or metabolic problems could be present.

Condensation of mitochondrial cristae is usually caused by a higher demand of energy because increased cristae area can accommodate more oxidative phosphorylation reactions – the chemical reactions to produce ATP inside mitochondria. There might be a pathological condition the cells have to deal with, for example a virus infection, and thus the cells need more ATP. Condensed cristae could also be associated with a metabolic disease – for example these metabolomic papers suggest that the main energy source glucose is not being efficiently utilized, and the mitochondria may feel hungry and thus condense the cristae for compensation.

When I asked, though, which diseases from a mitochondrial standpoint ME/CFS is most similar to, Dr. Wang mentioned cancer. Since we know that the PBMCs Dr. Wang was studying do not come from cancer patients, it appears that we and the medical world are probably in for some surprises: something different is causing these cells to act the way they are.

Cancer patients have increased glycolysis rates and disruption of their mitochondrial metabolism – it is called Warburg theory. It believes that mitochondria do not function well to produce enough ATP in patients’ cells and as a compensation to meet the high ATP demand glycolysis is upregulated.

The Warburg effect – which can cause rates of glycolysis to shoot up 200x’s in some cancer cells (glycolytic rates Wang’s study were doubled)  – may be caused in several ways. The mitochondria may be damaged by the cancer, or low oxygen environments may be promoting glycolysis, or cancer genes may be shutting down the mitochondria (to prevent them from helping the cell to commit suicide (apoptosis) or high rates of cell proliferation may cause it. Which, if any of these processes, may be occurring in ME/CFS is not clear.

When I asked if she planned to study this fascinating disease further. Dr. Wang expressed a strong desire to do so:

For one she noted that they could have done more mitochondrial tests if they’d had more cells. For another she’d love to do tests on muscle cells and on cells in and out of patients’ serum.  Calling ME/CFS “absolutely a fascinating area” she said “I’m very interested to continue the research. My current plan is to find collaborators who work directly with patients.”

Despite its title, the Wang/ Chronic Fatigue Initiative mitochondrial study ended up mostly validating what we’ve learned recently about ME/CFS while adding a new slant on it.

It suggested that the glycolytic pathway may indeed be the key to the energy problems in ME/CFS. 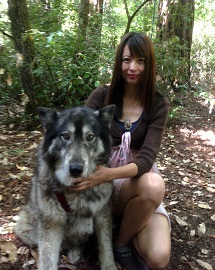 Dr. Wang hopes to continue her hunt to understand this “fascinating” disease

Wang wasn’t able to compare cells in and outside of serum, but her findings of high ATP production in cells outside of the serum suggested two things at least to me: that Ron Davis and Fluge/Mella are correct in their hypothesis that something in the serum is knocking these cells for a loop and that the serum may or may not be the entire answer (???)

Even when analyzed outside the serum, the cells, after all, were abnormal; they produced too much ATP (!), their glycolytic pathways were going bananas and their mitochondria were struggling to produce more energy. The big surprise may be the greatly increased rate of glycolysis found in the cells outside of the serum.

So why are the cells still so abnormal when taken out of the serum? Did something in the serum damage them beforehand or are they infected with a pathogen or do they have a metabolic defect? (Or am I just misinterpreting this?).

I asked Dr. Wang about this. She replied that she was not an expert in immunology but suggested the following could be taking place

I’m not an expert in immunity so I’ll have to speculate. The immune cells undergo significant structural and signaling changes after activation – such as receptor binding to a ligand on the plasma membrane, intracellular transduction of signals, and eventually the signals end up in nucleus to change gene transcriptions. I don’t know how long these changes last once the cells are out of the body, but maybe the cells still keep some of the internal changes in our culture so we are able to detect it. It’s also entirely possible that these phenomena are responses of the cells after removing inhibitory factors in the serum – to prove this theory, a direct comparison with and without serum is needed.

Another serum issue has cropped up in ME/CFS. When taken out of the serum NK cells appear to function normally. That again suggests that something in the serum is harming them. Unfortunately mitochondrial tests have not been done in those cells.

More study is clearly needed. Wang would like to carry out further mitochondrial analyses –  we’re not done with the mitochondria –  and a lot more is coming down the pike from other researchers. Three Solve ME/CFS Initiative (SMCI) funded researchers are focusing on a mitochondrial/immune connection.

Plus the Simmaron Foundation is going to give us our first look at the metabolomics of ME/CFS patients’ spinal fluid, Naviaux’s follow up to his striking ME/CFS metabolomics study should be done this year (and published next), and of course, there’s Ron Davis, Fluge/Mella, Maureen Hanson, and the Australians. It’s going to be interesting…

Next up on the energy production front – the recent Armstrong paper suggesting that gut problems may be contributing to the low energy state in ME/CFS.