Chronic fatigue syndrome (ME/CFS) and postural orthostatic tachycardia syndrome (POTS) patients have used saline for years to feel better and recover from relapses. That’s really no surprise. The documented low blood volume in both groups suggests that saline would be an excellent temporary help. One chronic fatigue syndrome (ME/CFS) patient suffered a relapse after surgery that lasted and lasted until she got on saline, after which she recovered quickly. That, in retrospect, was no surprise, either. Anesthesia can be dehydrating and most of us are, as Dr. Klimas says, a quart or so low in blood volume.

Saline is no panacea: it often helps but does not cure ME/CFS or POTS and its effects don’t last long. Still, it’s a kind of secret weapon that many ME/CFS practitioners use to give their patients temporary relief. 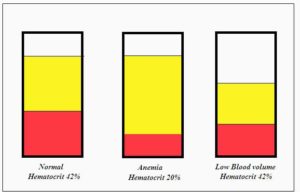 That appears to be unusual for a disease. Check out a web page on saline and you probably won’t see any diseases mentioned. (Search “saline IV” on BING, however, and the first disease that pops up is chronic fatigue syndrome (ME/CFS).)

Saline IV’s are generally used in medicine when patients can’t take water by mouth or when they’re dehydrated or to transmit medicines.  Otherwise in “acute” situations where blood volume has dropped precipitously due to blood loss or other reasons are saline IV’s usually used.  In fact, the authors of the study below stated that medical authorities do not recommend other than temporary use of saline

Although saline has been used in ME/CFS/POTS for decades by ME/CFS experts research has been minimal.   A 1997 study found that giving 1200 mg sodium chloride daily for three weeks enabled half of the ME/CFS patients with low blood pressure upon standing (orthostatic hypotension) who had failed a tilt table test to pass it.  (Those who did not improve had problems with low renin levels). Similarly, Burklow, in a 1999 study, found that giving adolescents saline allowed all of them to pass a 30 minute tilt table test without fainting.

More recently, a 2014 study found that a single saline infusion did not significantly improve POTS patients’ ability to exercise a couple of hours later. (The authors speculated that POTS patients might feel better but still not be able to exercise, and that repeated infusions might be needed to help with exercise.)

Now comes a 2017 saline study in POTS which suggests that the regular use saline use might be very helpful indeed.

In this study the average patient received between 1.1 and 2.1 L of saline every 10 days or so for three to six months. The Orthostatic Hypotension Questionnaire (OHQ) which evaluates symptoms and functionality, and the short-form SF-36 which evaluates quality of life were used to assess the effects of the saline. No control group was used.

The study consisted of mostly younger females with idiopathic POTS. A significant number (25%) also had Ehlers Danlos Syndrome (EDS). They were followed for 3-12 months and were allowed to have infusions when requested.

In conclusion, intermittent IV infusions of saline dramatically reduce symptoms in patients suffering from postural tachycardia syndrome. Paired with its relative safety and low cost, this makes it an ideal candidate for bridge therapy to allow the implementation of long-term interventions in highly symptomatic patients.  The authors

The results were impressive. Over 90% of the participants experienced significant improvement in symptoms lasting an average of three days. The average OHO score dropped in half (from 6.6 to 3.1). Dizziness symptom scores dropped from 7.2 to 2.8, fatigue scores from 8.2 to 4.3, weakness from 6.3 to 3.4.  The patients’ ability to stand for a long time and walk for a short or long time about doubled.

At some point 50% of the participants reported no need for further infusions, except during times of stress, within six months of starting the infusions.

So how did the authors believe that IV infusions every ten days or so which provided symptom relief for about three days translate into long-term relief? They didn’t know, but their best idea was that IV infusions gave the POTS patients a window to increase their activity levels and relieve the effects of deconditioning that often come with the disease. Ultimately, many didn’t feel the need to have more IV infusions.

The authors noted that deconditioning is common in POTS and poses significant problems. Plus, reduced stroke volume – a common finding in POTS – can be improved by exercise as well.

The exercise situation in POTS, though, is complex. Because many people’s POTS symptoms get worse during exercise or any activity that involves standing, they naturally stop those activities leading to deconditioning and symptom worsening.

Exercise is commonly used as a therapeutic intervention in POTS.  That’s not to say that exercise works in all POTS patients. POTS patients are told at one clinic that it will take five weeks of exercise before they’ll feel better and they’ll feel worse at first. That’s obviously a tough gig. One study found 71% of POTS patients experienced a remission of their symptoms during exercise therapy, but almost 25% dropped out.

Why exercise works when it does isn’t clear. (Some researchers believe long-term exercise programs cause epigenetic changes in the immune response.) Earlier Health Rising reported the story of a young man with infection-induced POTS who found that iron infusions helped him exercise again. (He was unable to tolerate exercise before the infusions.)The final step in that young man’s journey to health, though, was a long-term stay at a Mayo clinic that featured, among other things, regular exercise. 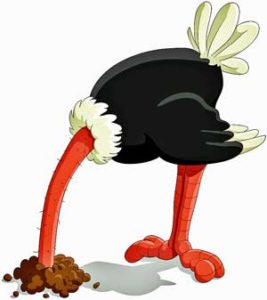 Have doctors been missing the boat on saline IV’s and POTS?

The authors of this study believe that the relief experienced after the IV infusions may have allowed the POTS patients to increase their activity levels, which then allowed them to improve further.  (Exercise, interestingly, does increase blood volume). The POTS patients were not well; they still experienced symptom problems from their POTS, but their symptoms scores suggested their orthostatic intolerance, fatigue, weakness and other symptoms were much improved.

This study has some significant limitations. Because no placebo-controlled group was present, placebo effects may have contributed to the patients’ symptom reduction. The study group was also relatively young (average age mid-30’s) and healthy (few other comorbidities).  It’s not clear if ME/CFS/POTS patients were part of the study or not.

Because there was no attempt to assess exercise levels, no objective evidence backs up the authors’ belief that IV infusions increased exercise levels, which then had additional positive effects. Because medication use was not tracked, it’s possible (but not likely) that other medications contributed to their improved health as well.

Despite the blood volume depletion and several intriguing study results, saline IV’s – even for temporary relief – aren’t  recommended or even discussed in several POTS journal  and web overviews.

Is it time to consider regular use of saline in POTS and chronic fatigue syndrome (ME/CFS)? Bigger and better studies are clearly needed, but saline IV’s are generally safe (when PICT Lines are not needed). Because blood volume is low in ME/CFS  a similar result – a positive feedback loop resulting in increased activity levels over time – might be possible. Note, though, that the patients in the POTS study were much younger than the typical person with ME/CFS, and exercise appears to be much better tolerated in POTS.

Dr. Bell reported that one bed-bound person with ME/CFS who had been diagnosed with “psuedo-seizures” recovered completely after a year of IV saline (with a PICT line).

There are other ways to increase blood volume. A study found that an oral rehydration solution based on a World Health Organization formula actually worked better than saline. ORS packets don’t need a subscription and are cheap and easy to obtain.