I would say this is one of the most exciting grants and teams I had the fortune to assemble, despite the arduous process of putting it together.  Derya Unutmaz on the ME/CFS NIH Research Center Application

The competition just stiffened. Ten research groups applied for the three NIH research center grants.  We’re pretty sure about eight of them and just learned the identity of the ninth.

Getting established researchers in other fields interested in ME/CFS has been a goal for as long as I can remember, and we’re starting to do that. From Maureen Hanson to Ron Davis to Mark Davis to Ian Lipkin to Patrick McGowan to David Patrick to others – an influx of established researchers has been occurring.  In fact, three of the eight known applications come from researchers (Ron Davis, Ian Lipkin, Maureen Hanson) relatively new to the field. 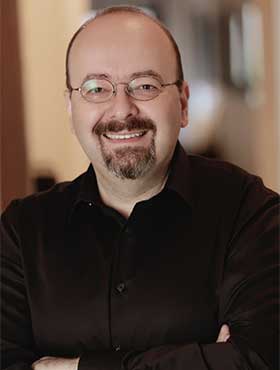 Unutmaz has co-authored over 100 publications. He hopes to uncover the immunological roots of ME/CFS.

Now comes Derya Unutmaz from The Jackson Laboratory for Genomic  Medicine in Connecticut. He’s something of a surprise. Suzanne Vernon piqued his interest in ME/CFS a couple of years ago and shipped him 50 ME/CFS samples. Unutmaz, a T-cell specialist, focused on the T-cells that maintain the balance between inflammation and autoimmunity.

Unutmaz has been using a flow cytometer, a laser-guided machine that allows him to fluorescently label and then pick out individual immune cells such as antibodies or types of B or T-cells. In fact, Unutmaz’s big machine is able to identify about 200 different kinds of immune cell subpopulations. He can also isolate immune cells, find out what triggers them and how they react, and determine what cytokines they’re making. If the immune system is “off” in ME/CFS – as Broderick’s network analyses and other studies suggest – Unutmaz ought to be able to figure out where and how.

Unumatz has created algorithms that filter through mounds of complex immune data to build “immunological landscapes” that are associated with different diseases. He hopes to use these landscapes to identify immune signatures that are associated with each disease. To that end he’s created an enormous database of immune and genomic data on over 1,000 patients with different diseases.

He’s attempting to find an answer, perhaps the core question in disease: what tips an underlying inflammatory state into cardiovascular disease, or diabetes, or cancer or chronic fatigue syndrome (ME/CFS). Suzanne Vernon was impressed both by his project and his commitment to solving ME/CFS

“This research project is so incredibly important because it enables us to understand what ME/CFS is and compared to what. Derya’s really been bitten by the ME bug; he’s bound and determined to figure it out :).”– Suzanne Vernon, Research Director, Bateman-Horne Center

If successful, Unutmaz could define a unique or more likely a series of unique immune ME/CFS signatures that define the subgroups in this disorder. This is about producing biomarkers on a very detailed immune level.

Unutmaz was able to parley his initial results into a $3.3 million NIH grant in 2016.  That grant is apparently going well enough that he’s now jumping into the field with both feet with his application to become an NIH research center for ME/CFS.

I think we put together an outstanding team of experts on microbiome, immunology, metabolism, clinical, computational and bioinformatics analysis -that has the possibility of creating something transformative. As you would expect, we have a close collaboration with The Bateman- Horne Center.

Actually, I would say this is one of the most exciting grants and teams I had the fortune to assemble, despite the arduous process of putting it together. Derya Unutmaz

The Jackson Laboratory for Genomics

Unutmaz is associated with the Jackson Laboratory for Genomics in Connecticut – a new lab created to produce advances in personalized medicine using molecular medicine.

The lab doesn’t want to just provide biomarkers; it wants to provide diagnostics specific to each individual – a task well-suited to the heterogeneous ME/CFS population. 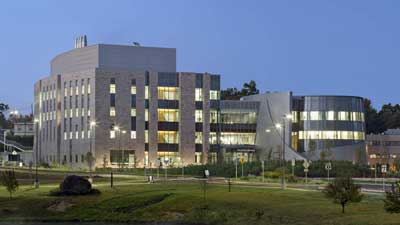 The $1.1 billion lab benefited from the nearly $900 million Bioscience initiative passed to bolster Connecticut’s biomedical industry. When it opened with 30 employees in 2014, it hoped to have 300 employees in ten years. Three years later, it has already met that target, and is still growing. In March, it announced it was looking to hire “60 additional world-class genomic scientists and researchers, IT/software engineers, computational scientists, and staff.”

A couple of months ago, I asked Dr. Unutmaz about his work.

ME/CFS is kind of an odd bird in the medical world (at present), but after meeting  with Suzanne Vernon, you took some ME/CFS samples and went from there. What about ME/CFS interested you enough to start looking at those samples?

After I connected with Suzanne, and also thanks to her, I became very interested in potential immune perturbations in ME/CFS patients. Given the symptoms and some of the earlier work, it made sense that the immune system was playing a major role either as instigator or as a consequence of another trigger.

I have been studying the human immune system for the last 25 years, and my motto is “the patient is always right” – meaning we learn from patients about biological mechanisms.

Plus, because ME/CFS also causes so much suffering in patients and there is such a need, I was excited at making a contribution.  ME/CFS’s “odd-ball” status actually made me even more interested in putting significant effort into this disease.

I assume that you used pilot data gathered from analyzing ME/CFS samples to get your big NIH grant. Can you say anything about what you found in that preliminary effort?

In preliminary studies, we found perturbations in several immune components and functional outputs, as cytokines secreted, from several subsets of T cells. We are now performing these immune profiling studies in much greater depth and in many more patient samples. We hope to have this first stage completed in the next 6 months or so.

You’re very interested in uncovering the immune signatures associated with diseases and health. With the understanding that much more work remains to be done and things may change, can you say at this point what diseases ME/CFS might look like immunologically?

That’s a tough question to answer at this stage as we don’t have sufficient data to make any assertions yet. Intuitively, however,  I think it is a form of chronic inflammatory disease.

It is also clear that this is a complex systemic disease, thus it is conceivable there are different subgroups of patients that vary in both etiology and pathogenesis. Much remains to be learned!

What did the Jackson Genomic Laboratory provide that had you decide to move there?

Jackson Laboratory is focused on the systems biology of human diseases from genomic, immunological and microbiota perspectives. It is a highly collaborative and unique environment that is focused on translational medicine approaches. This was the main attraction, and I have been very happy since moving here and have been able to establish many critical collaborations, including our ME/CFS project.

Can you talk about the personalized approach to medicine the Jackson Laboratory is taking and what that means and how it may apply to ME/CFS? 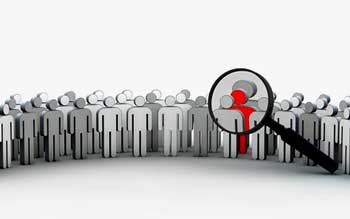 The Jackson Lab’s focus is on providing a personalized approach to disease.

We have a highly detailed focus on human genomics, genetics, immunology and microbiome – with a lot of bioinformatics and computational help. All of these systems biology or omics approaches are aimed at personalized medicine.  We are making especially good progress in the cancer field and even have CLIA certified labs that are beginning to provide specific genetic data to physicians for precision medicine in cancer. We hope to extend this approach to ME/CFS in the near future.

If you’re able to subset patients immunologically, can you give an example of what an ME/CFS subset might look like? (Might they have a gene polymorphism combined with a high level of cytokines plus increased numbers of specific immune cells ????)

I don’t think we can pinpoint one subset that would be different – we have to view this more globally, since in the immune system (and biological systems in general), many parts or components work in concert to produce a homeostatic balance that is established in each person, which acts as an immunological bioprint or signature.

Of course, gene polymorphisms contribute to these personalized immune signatures. However, I believe environmental and thus epigenetic changes have much greater impact – we also know this from identical twin studies, where each twin has a very different immune profile, despite sharing identical genomes. So our goal is to create a phenotypic biomarker that may be formed by many components (cells, proteins, metabolites) of the immune system that would be perturbed in ME/CFS patients.

You are getting all your participants in this study from the Bateman Horne Center. Why did you choose the BHC to get your study participants from?

Because BHC rocks! Both Cindy Bateman and Suzanne have been fabulous clinical collaborators. We are hoping to extend this collaboration to an even much greater level in the near future. I couldn’t ask for better collaborators, they have been instrumental in our research focus.

With the entry of Derya Unutmaz, the Jackson Genomic Laboratory and the Bateman-Horne Center into the NIH ME/CFS Research Center grant opportunity, the competition has stiffened considerably. That’s good news for the ME/CFS community.

Good luck to everyone who put the effort into and endured what was apparently a difficult application process. We believe we know nine of the groups (Derya Unutmaz, Ron Davis, Nancy Klimas, Ian Lipkin, Lenny Jason, Vincent Lombardi, Jose Montoya, Dane Cook/Ben Natelson) and are missing just one…. We should know the three winners in September.

Find out more about the NIH Research Center Grant opportunity…