As the overall health status of individuals is captured in their metabolic state…(it’s believed) that metabolomics results embody global biochemical changes in an individual due to a disease. The Authors

Health Rising has focused a lot of attention on metabolomics studies in chronic fatigue syndrome (ME/CFS), but thus far not much attention has been paid to fibromyalgia metabolomic studies. Studies of the metabolome – the metabolic factors in the body – in fibromyalgia are pretty rare but what’s been done so far has been encouraging. 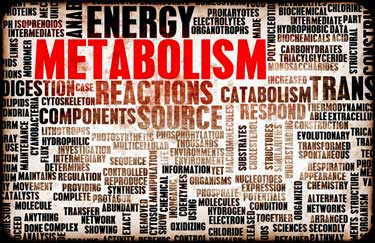 Metabolomic studies are starting to show up in fibromyalgia

Metabolomics analyses the small molecules that result from metabolic interactions or cellular processes taking place in the body. As such, metabolomics presents the possibility of uncovering physiological signatures which represent what’s happening in the cell.

The authors of this study certainly think so.  We don’t know exactly what is causing fibromyalgia, but it’s clear that central nervous system problems including central sensitization, over-active pain processing pathways and under-active pain inhibiting pathways are involved. Given the focus in metabolomics on analyzing the same type of very small molecules which play critical roles in nervous system metabolism and neurotransmission, the authors asserted that metabolomics is a particularly apt tool to study FM.

Because the metabolites involved have been linked to increased pain levels, it’s possible that the increased oxidative stress is contributing to the pain FM patients feel.

Twenty-one metabolites were associated with fibromyalgia. Among those were metabolites (hippuric, 2-hydroxyisobutyric and lactic acids) associated with gut microbiome issues – an interesting finding given the gut-brain connection that’s been established in this disease.

The researchers then assessed whether the levels of these metabolites could differentiate FM patients from healthy controls; i.e. could they be a biomarker for fibromyalgia?  One model (forced entry model) suggested that the levels of just three metabolites in FM patients (creatine, succinic acid & taurine) were highly diagnostic for FM (AUC=90%).  That was a nice finding given the small size of the study.

Correlation statistics using symptoms the patients reported and the metabolomic findings suggested that creatine and succinic acid may be contributing to the fatigue and pain found in FM as well.

Interestingly, given fibromyalgia’s overlap with chronic fatigue syndrome (ME/CFS), and the studies suggesting energy metabolism is an issue in ME/CFS, these metabolites suggested problems with energy metabolism may be present in fibromyalgia as well. One difference, though, is that, if I’m reading the tables properly, is that most of the significant metabolites were increased suggesting, perhaps,  that FM is not a hypometabolic condition.

Succinic and lactic acid are directly associated with energy metabolism.  Succinic acid or succinate (as it appears in cells) is generated in the mitochondria during aerobic energy production. Once it leaves the mitochondria it performs a variety of functions including epigenetic signaling, effecting gene expression and sometimes acting like a hormone. Neurons in the brain are believed, at least at times, to use astrocyte derived lactate for energy production as well.

Taurine plays a particularly important role in a part of the basal ganglia called the substantia nigra which effects movement, reward and regulates the autonomic nervous system.  The basal ganglia are best known in Parkinson’s disease which is largely caused by the death of neurons in the basal ganglia, but basal ganglia problems have also been implicated in both ME/CFS and FM.  Neither FM nor ME/CFS is obviously Parkinson’s but note some of the similar symptoms (stiffness, sleep issues, decreased movement, fatigue, cognitive issues, problem with gait, depression).

Are Chronic Fatigue Syndrome and Fibromyalgia Related to Parkinson’s Disease?

The authors were focused on the neurological implications of their findings, but it seems intriguing that both exercise and energy production issues may be present in both FM and ME/CFS. People  with fibromyalgia can generally exercise more than people with ME/CFS, and many studies indicate that mild exercise is helpful in FM, although most FM patients have trouble exercising vigorously.  Some studies suggest problems with aerobic energy production – the main ATP producer in our cells – may be present in FM.

The Exercise Intolerance in POTS, ME/CFS and Fibromyalgia Explained?

The succinic acid finding was putatively tied to elevated glucose levels in another metabolic disorder –  diabetes. Elevated glucose (as well as pyruvate and NAD+) has been found in metabolomic studies in both FM and ME/CFS, and impaired glucose regulation and diabetes has been associated with an increased risk of chronic widespread pain in one study.

Metabolomics – an increasingly exciting field in ME/CFS research – is now showing up in FM as well.  The results from this small study – possible gut, energy production and neurotransmitter issues – were tantalizing. The fact that just three metabolites were able to effectively separate the FM patients from the healthy controls was encouraging indeed. Now what is needed is more funding and bigger studies – both of which have been in short supply in FM.  Hopefully, this study will spur more interest.