Unlike FMS, SFPN has identifiable pathology, physiology, and causes, and thus is definitionally a disease. Oaklander et. Al. 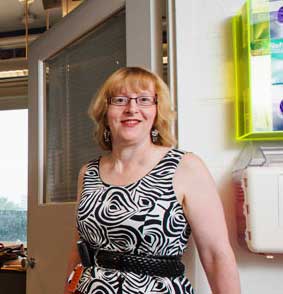 Oaklander’s findings could benefit many

Dr. Anne Oaklander MD, PhD, is making a difference – maybe a very big difference in the lives of many. Making a difference runs actually runs in her  family. Her mother, the neurologist Louise Rapin, was one of the seminal figures advancing the concept of autism spectrum disorder.

Oaklander is director of the Nerve Unit in the Massachusetts General Department of Neurology and an associate professor of Neurology at Harvard Medical School. The first to break the news that small fiber neuropathy (SFN) is found in fibromyalgia, her 2013 paper “Objective evidence that small–fiber polyneuropathy underlies some illnesses currently labeled as fibromyalgia” started off a blizzard of work (at least for fibromyalgia) on the subject.  Since 2013, thirteen papers have examined SFPN in fibromyalgia – an unusually high number of research papers for this very poorly funded disease.

Now Oaklander is presenting evidence that not only is SFN found in FM, ME/CFS and other diseases, but that it can be treated as well. If she’s right she may be the first to crack a major subset of patients across an entire range of mysterious diseases.  She doesn’t think these patients have ME/CFS or FM at all; they have something called small fiber polyneuropathy (SFPN).

The problem for SFPN sufferers – and ME/CFS and FM – has been that the diseases are invisible.  There’s no way to tell from the outside that the small nerve fibers in your skin or elsewhere have been damaged or destroyed.

If you have SFPN you’ll probably complain of a range of unconnected, seemingly vague symptoms. Small nerve fiber problems can be driving you nuts – causing you to experience weird sensations, numbness, pain, problems standing, racing heart, gut issues  – while you will look fine. When your strength and reflex and other tests turn out normal your doctor will probably think you are nuts and act accordingly.

The reason these small nerve fibers could be causing so much havoc is that they do so much. Dr. Oaklander lead off her 2015 Immunotherapy paper by calling attention to just how strange the small, unmyelinated C and thinly myelinated D nerve fibers she’s studying are. These primitive nerve fibers engage in an astonishing array of activities. Not only do they transmit pain and sensory signals, they also release substances that trigger edema, vasodilation, modulate immune responses (including mast cell activity), and affect autonomic nervous system functioning.  In turn,  they are also affected by the immune system.

When small nerve fibers are damaged, you have small fiber polyneuropathy (SFPN). In contrast to the small nerve neuropathy found in the skin, SFPN affects peripheral nerves across the body causing potentially a staggering array of symptoms from pain to tachycardia, orthostatic intolerance (problems standing), headache, exercise intolerance (due to circulatory insufficiency), gut issues, cognitive problems and more.

That large array of potential symptoms suggests SFPN could be causing every ME/CFS and FM symptom in the book.

A Diagnosis Waiting to Happen?

“The difference between FMS and SFPN labels is not merely semantic – SFPN is an established disease with considerable information established about pathogenesis whereas FMS is an aggregate of symptoms without prior evidence of a biological basis. Oaklander et. al.

Many doctors are aware of small nerve fiber neuropathy – It’s common in diabetes, chemotherapy and infections and exposure to toxins can cause it as well – but my guess is that few are aware of SFPN. It’s not as if they haven’t been unwittingly exposed to it:  idiopathic SFN, which is often likely to be SFPN, is not uncommon; fully 30-50% of small nerve fiber problems arise without an understood cause.

The patients who get it, many of whom are women, are often greeted with a psychiatric diagnosis, blank looks by doctors or  rounds of opioids which probably won’t block the pain for long, or if they do, will likely have no effect on the actual problem.

After being disbelieved for years or even decades, many patients, Dr. Oaklander said, “break and cry with relief at having something real to finally point to”.

“It’s pretty routine that I have patients who break down and cry when they get an answer for the first time to something that’s been disabling them for years or decades.”

Dr. Oaklander doesn’t know how many people have SFPN but she knows it’s not a small number; if it’s not hundreds of millions of people, it’s going to be at least tens of millions. She’s sure that it commonly occurs in diseases like fibromyalgia, chronic fatigue syndrome (ME/CFS) and irritable bowel syndrome (IBS).

“This is not just some rare, esoteric disease that Harvard eggheads are investigating. It is common. People—including kids and teens—are sick, but they don’t know what they have and their doctors don’t know, either.”  Anne Oaklander

SFPN is usually diagnosed via a small skin biopsy – a truly objective test – that many doctors probably don’t know about. Other tests can pick it up – a corneal microscopy test can, for instance, non-invasively and quickly determine if issues with the small nerve fibers in the eye exist. The Sudoscan sweat gland test, questionnaires and others may be helpful as well.

The field is new enough that the diagnostic protocols for some of these tests are being forged as we speak. Dr. Oaklander is assessing the efficacy of all of these tests in a large 5-year, NIH funded study.

Oaklander has been thinking about treating these small nerve fiber problems for quite some time. In her 2015 paper “Immunotherapy Prospects for Painful Small-fiber Sensory Neuropathies and Ganglionopathies” she proposed that the vast interplay between the small nerve fibers and the immune system suggest that immunotherapies will probably work better than opioid drugs.

Because SFPN is very underdiagnosed it’s hardly ever treated properly. That’s a big mistake, Dr. Oaklander thinks: her latest study suggests that a treatment is available that may help many.  Dr. Oaklander put her intuition to the test in a retrospective study that examined the medical records of 55 patients treated at Massachusetts General Hospital (MGH)  for autoimmune small-fiber polyneuropathy (SFPN). 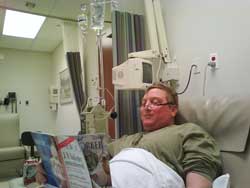 The study – which news reports back in November referred to but which has not apparently been published yet – found that treatment with intravenous immunoglobulin (IVIG; 2 grams/kilogram every four weeks) provided symptom relief and improved nerve function for 75% of patients.

One person on high doses of oxycodone reported that her pain disappeared within five days. “I didn’t know how I was going to live with that level of pain,” she said, adding that it returns every time she stops treatment.

Dr. Oaklander called the results “wildly surprising” and “paradigm-changing” in that  the study presented the first strong evidence that SFPN is an autoimmune condition.

“This is a proof-of-concept finding that dampening the body’s immune system may be safe and effective for treating apparently autoimmune SFPN, a condition that most patients don’t even know they have.”

The really exciting news is that IVIG may be able, in some patients, to actually restore the nerves to normal functioning. Sixteen percent of her patients were able to wean themselves off the drug without their symptoms returning.

“This is the first treatment that has the potential to actually improve the nerve damage, not just block symptoms with drugs such as opioids that don’t address its cause.” Dr. Anne Oaklander

Oaklander urged insurance companies to take note of the success and to “consider covering three-month trials in appropriately diagnosed patients.”

The implications of the study are pretty clear. If IVIG is helping, it’s because the people in the study had an autoimmune or inflammatory disorder. IVIG, which is composed of immunoglobulins, is often used to treat these types of disorders.

Autoimmunity would not be a surprise. Oaklander’s first SFPN study indicated high rates of autoimmune disorders occurred in the families of those afflicted. Since autoimmune disorders of different sorts tend to cluster in families, that result suggested an autoimmune process of some sort was probably blowing out the small nerve fibers in her patients.

SFPN wouldn’t be the first neurological disease to be caused by an immune response. Other autoimmune diseases, such as Guillain-Barre Syndrome, Sjogren’s Syndrome and rheumatoid arthritis can attack nerve fibers in the body as well.

The downside of IVIG is that it is extremely expensive ($10,000/month) and hard to get insurance companies to pay for. Dr. Oaklander is reportedly exploring less expensive and easier to manage immunotherapies.

The biggest question ahead for fibromyalgia and ME/CFS patient is not how common the small fiber neuropathy is but how far it extends. If its simply found in the skin it’s importance is limited. If it extends further into the body – watch out. 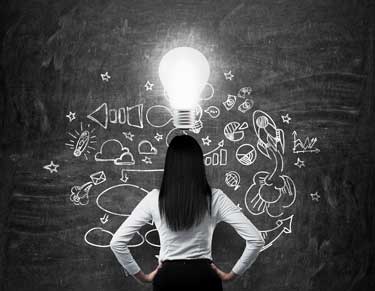 Further analyses found that the reduction in lung diffusing capacity was probably due to a significant reduction in lung capillary lung volume; i.e. the microvascular volume of the FM patients lungs had declined. That, in turn, implicated the cardiac autonomic nerves. .

Bigger studies are clearly needed. This field is still evolving. The diagnostic protocols, especially for younger people, are being reworked. It’s not clear, at least to me, how SFPN damage in other areas can be assessed. It’s also not clear how much the SFPN patients in the study were helped or what other less expensive treatments might be helpful.

This field of inquiry, however, is moving forward fairly quickly and obviously has chance to make a major impact. The idea of a process affecting small nerve fibers across the body is nothing if not intriguing. For me, I’m particularly interested because only in the context of small fiber neuropathy has one of  my most aggravating symptom – burning sensations in the skin particularly after exercise – ever been mentioned.

Dr. Oaklander is working with Dr. Systrom, the pulmonologist at Brigham and Women’s Hospital in Boston, who produced groundbreaking work on the cause of the exertional intolerance in ME/CFS and other diseases.  A donor initiated grant to the Solve ME/CFS Initiative (SMCI) is allowing Dr. Systrom, for the first time, to focus specifically on ME/CFS.

The Oaklander/Systrom partnership seems ripe with possibilities. Both researchers believe an autoimmune or inflammatory process is likely behind the exertional intolerance and other issues in their patients. Both believe the skin is just the starting place in these patients; what’s happening there is also happening in other places, including the autonomic nerves that surround and regulate the activity of the blood vessels in our bodies.

This is duo has come completely out of left field. Neither of these researchers have been associated with ME/CFS before and both are backing into both ME/CFS and fibromyalgia in the best way possible. Both simply applied their testing protocols to people in pain and/or who are unable to exercise and found physiological issues.  A lot of those people turned out to have ME/CFS and/or FM.  Both are respected leaders in their fields. It’s a wonderful progression.

BIG (Little) Donation Drive Update –  Ensure that you’ll be kept up on the latest findings by supporting Health Rising with a small recurring donation or one-time donation. (Where else, really, do you get blogs like this?) [Find out how to support Health Rising here.](https://www.healthrising.org/blog/2017/12/08/health-risings-big-little-2017-fundraising-drive/) or just use the Donate or Subscribe (recurring donations) on the right hand side of the page. Thanks to the 86 people who have brought Health Rising 40% of our way to our goal!