The Depression Puzzle: Are Anti-inflammatories Better Than Antidepressants? An ME/CFS and FM Perspective

There’s another reason to look into inflammation, anti-inflammatories and depression, however. Researchers have been taking a pretty deep dive into this subject and in doing so are gaining new insights into how our very complex immune systems function – insights that may be playing out in ME/CFS and FM over time. Be ready for some surprises!

Antidepressants weren’t supposed to do this. They were designed to affect neurotransmitter levels in the brain but many studies now suggest that antidepressants can also impact the immune system by reducing inflammation.

Depending on what’s going on the immune system, anti-inflammatories can help or hurt.

The idea that inflammation is responsible or contributes to depression in some people is not new – Michael Maes has been pushing that idea for decades – what’s new is how solid the finding is becoming.  A  recent meta-analysis of 82 studies (!) implicated a slew of immune factors (IL-6, TNF-α, IL-10, sIL-2r, CCL-2, IL-12, IL-13, IL-18, the IL1ra, sTNF-r2) in depression!  Depression, it appears, is at least partly an immune illness…

The depression-cytokine hypothesis experientially makes perfect sense. If the immune system can produce flu-like symptoms which make us crave isolation when we have an infection, it certainly has the potential to make us “blue”.

Anti-inflammatories Instead of Antidepressants For Depression?

If inflammation is making people depressed then it stands to reason that anti-inflammatories might, in some cases, be effective antidepressants.  Another metanalysis (of 45 studies) concluded that antidepressant use is, in fact, associated with decreased levels of some powerful, mostly pro-inflammatory cytokines ( IL-6, TNF-α, IL-10, and CCL-2) in people with major depression.

Antidepressants appear to be reducing inflammation in the brain by reducing it in the periphery (the body) first. The key outcome may involve reduced levels of a cytokine (CCL2) which gives immune cells entry into the brain where it’s believed they may cause the neuroinflammation that’s producing depression in some patients.

Charles Raison has spent his career investigating the link between inflammation and depression. Now that it’s been validated, one would think Raison would jump on the anti-inflammatory bandwagon, but he’s not. Why? Because the situation is complex – more complex than our overworked doctors may have known.

Raison doesn’t completely trust the anti-inflammatory/depression studies for one thing and he tears a number of them apart. (It turns out that it’s very hard to do a bulletproof study.)

(NSAIDs, ironically, can actually worsen some cardiovascular diseases by attacking substances that have both pro and anti-inflammatory properties.  They may also worsen depression in some instances. Both NSAIDs and omega-3 supplements also have a variety of non-immune effects that could affect depression as well.) 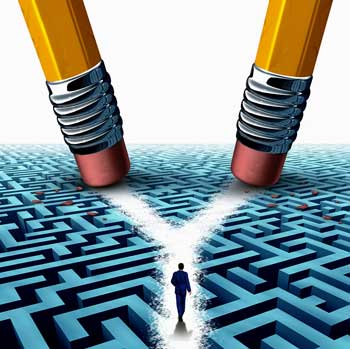 Immune status was the key in determining who benefits from anti-inflammatories or not.

Gordon Broderick has found that in the right context – such as with weirdly ME/CFS-configured immune networks – even normal levels of one cytokine can cause unusual effects.  Jarred Younger suspects that even normal leptin levels may be triggering microglial activation and neuroinflammation.  Cytokine levels were not elevated in ME/CFS patients in the big Montoya/Mark Davis ME/CFS cytokine study but they still predicted disease severity: cytokines that caused no problems for the healthy controls caused fatigue and pain in ME/CFS patients even when they weren’t elevated.

Only one anti-inflammatory/depression study fits Raison’s standards – his own.  His 60 person study of people with treatment-resistant depression compared the effects of the TNF-alpha antagonist infliximab (5 mg/kg) to salt water placebo.  That study found that infliximab was not better than placebo at reducing depression, although very high placebo effects may have obscured infliximab’s effectiveness.

A closer look revealed that infliximab did work but only in people with high cytokine levels (hs-CRP plasma concentration = or > 5 mg/L). These people experienced major reductions in emotional symptoms such as mood and anhedonia (inability to experience pleasure), suicidal ideation and psychic anxiety.

That, of course, suggests that whether or not you experience a placebo effect may depend more on your immune makeup than on your psychology.

Raison’s intriguing findings need to be replicated, but another study employing a different anti-inflammatory – omega-3 fatty acids – had similar findings. On the face of it, omega-3s did no better than placebo in fighting depression, but once inflammation status was taken into account, things changed. People with high levels of inflammation did better on the omega-3s while those with low inflammation levels actually got worse.

Omega-3 fatty acids are often recommended in ME/CFS and FM; if you reacted poorly to them, low levels of inflammation could be the reason.

A major conundrum at this point is why people whose depression is associated with low levels of pro-inflammatory cytokines respond so poorly to anti-inflammatories.  Once again, context appears to be key. Animal studies suggest that at lower concentrations, inflammatory cytokines play a pivotal role in learning, memory and neuronal integrity.  Dropping those cytokine levels too low could impair some basic processes in the brain.

Animal studies also suggest that animals in a chronically stressed state respond to anti-inflammatories with worsened depression and anxiety-like behaviors.  Even more remarkably, inflammatory stimulators (including the notorious lipopolysaccharides (LPS)) actually reversed their depression and did so by stimulating hippocampal microglial proliferation. A small 1990’s study which introduced a toxin (LPS) that ramped up IL-6 and TNF-a levels reduced depression in a set of melancholic depression patients. The higher the increase in IL-6, the better the response.

That’s a fascinating finding given the Lipkin/Hornig study results suggesting that long-duration ME/CFS patients have low levels of inflammatory cytokines. Could it be that some of these patients could benefit from a little more inflammation? 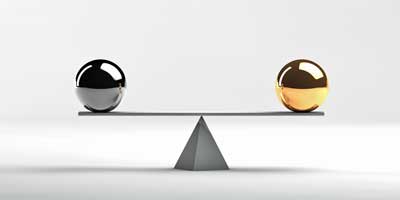 Which way to tilt the immune systems of FM and ME/CFS patients and provide help?

More importantly, Raison’s review shows how complex the immune system is – a fact that’s been highlighted more and more in ME/CFS as the results pile up. The idea – unproven, but a possibility – that a pathogenic toxin could be helpful in depressed people with low inflammation levels is nothing if not startling. So is the possibility that one’s ability to get benefit from the placebo response – and therefore presumably from mind/body treatments –  could be determined by the amount of inflammation present.

Gregory’s story demonstrates how many twists and turns the immune system can give us. Gregory, who was severely ill, had tried just about everything until he hit on Celebrex, an anti-inflammatory. To his surprise Gregory went from being able to only walk short distances to a near normal life. Gregory’s energy kick and mood elevation lasted about six months and then disappeared.

The question of how to properly rebalance the immune systems in ME/CFS has come up before. Dr. Klimas, a clinical immunologist, has noted that either immune activation or suppression is called for in different patients (and woe to the patient who gets the wrong treatment). Dr. Klimas’s statement, that we know people recover but we’re not sure why, highlights the fact that underlying factors we don’t know about are affecting treatment outcomes. Dr. Klimas and Gordon Broderick’s intensive analysis and modeling during exercise in ME/CFS suggests to them that they may have uncovered some of those hidden immune factors.

Rituximab will be a good case study in this regard as it clearly works for some people with ME/CFS. Now that the Rituximab trial failed to meet its major endpoint, Fluge and Mella’s challenge is to identify what immune factors make a difference in ME/CFS.  If they can identify those factors, one piece of the immune puzzle that is MECFS will become clearer.

The bad news is that the immune system is more complex than imagined. The good news is that researchers realize that and are beginning to look for it.