“Exercise encourages bone development, and lack of exercise means you’ll be more at risk of losing calcium from the bones and so developing osteoporosis….It also increases the risk of breaking a bone as a result of a fall.” NHS.UK

Osteoporosis (bone loss) can be caused by multiple ways but since exercise builds strong bones, it’s clear that the low levels of exercise tolerated in people with chronic fatigue syndrome (ME/CFS) and fibromyalgia (FM) puts them at an increased risk of it. Unfortunately, the best exercises to combat osteoporesis – weight-bearing activities such a walking, running, playing tennis, etc. – are the most difficult for most ME/CFS/FM patients to engage in. (Resistance exercises can help, though.) 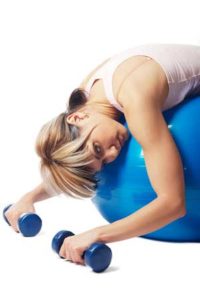 Exercise reduces the risk of osteoporosis but few people with ME/CFS/FM can tolerate the amount of exercise recommended.

Besides, even the minimum exercise recommendations (3-5 miles of walking a week) to support bone health are far beyond what most can tolerate. The very healthiest among us might be able to manage 2 hours of walking a week but who with these diseases can tolerate the 45 minutes to 1 hour of moderate to vigorous exercise 5 days a week that’s recommended to support our health?.

A meta-analysis of four fibromyalgia studies has documented the seemingly inevitable: bone density is reduced in FM, leaving people with FM at an increased risk of osteoporosis. No chronic fatigue syndrome (ME/CFS) osteoporosis studies have been done, but given the worsened exercise intolerance in that diseas, bone density levels are surely worse.

Drugs can help improve bone density but they can come at a heavy cost. Carol Lefelt’s last Health Rising blog documented the dilemma she and probably many others with these diseases are facing as they age: to take possibly toxic drugs or risk worsening an already alarmingly low bone density. Four years later Carol is back to tell us how she’s doing now and to ask for ideas…

In July, 2014, at the age of 71, I wrote a blog on Health Rising about my problems with ME/CFS and osteoporosis.  My bone density scans were frightening all my doctors: my internist, my endocrinologist, and my ME/CFS specialist (Dr. Irma Rey from the Institute for Neuro-Immune Medicine at Nova Southwestern University), made clear that I had no choice but to take heavy-duty meds to stop bone loss and rebuild bones.

In that blog, I reviewed the (meager) results of my research into the side-effects of these drugs (Fosamax, Reclast, Prolia and Forteo) on ME/CFS patients. The few I found described pain, nausea, insomnia, and increased debilitating symptoms. Dr. Joseph Mercola called Fosamax “poison” and Dr. Jacob Teitlebaum warned about “severe musculoskeletal pain.”

Update: I will be 75 in April and I’ve had ME/CFS since January, 1999. Instead of starting the above meds, I sunk my head in the sand and just took a new calcium supplement recommended by the integrative medicine specialist Dr. Kate Thomsen: OSAplex MK-7.

The result is that in June, 2017, I began experiencing crippling pain in my right buttock that then strangely shifted to my left groin. I could barely walk. At night, the pain was so unbearable that when I shifted in my sleep, I woke screaming.  Neither Tylenol nor Advil provided any relief. I visited an orthopedist and a series of MRI scans revealed stress or insufficiency fractures in the sacrum, pelvic and pubic bones with edema in the immediate surrounding soft tissues.

I pulled my head out of the sand and, hobbling with a cane, saw a local endocrinologist who suggested a consultation at the Columbia University Bone Center in order to explore options, since my ME/CFS made the situation so complicated and problematic. In August, Dr. Angela Carrelli from Columbia carefully and extensively reviewed the benefits and dangers of each option, and we decided I’d try Fosamax. Because of previous problems with esophagitis, I’d have to follow the directions very carefully, taking it with a full glass of water an hour before breakfast and staying upright for at least a half hour. 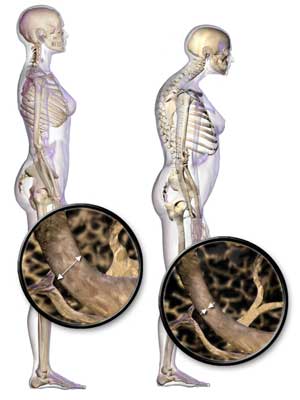 After about a month on Fosamax, I realized my ME/CFS symptoms were worsening. I’d crash more frequently and take longer to recover. Brain fog and wooziness increased. To say I was miserable is an understatement; the groin pain continued unabated, I could barely get out of bed because of the ME/CFS debilitation, and I couldn’t make sense of anything because of the awful brain fog.  Was Fosamax the cause? Or was this just another unpredictable ME/CFS cycle of bad, worse and worser?

Opiates just made me feel even more muddled and didn’t relieve much pain from the fractures. The only help seemed to come from Tylenol taken regularly throughout the day, but when blood tests revealed an increase in liver enzymes, I had to stop Tylenol. Taking Meloxicam, an anti-inflammatory, helped a little.

With input from the local endocrinologist, I decided to stop the Fosamax for about 5 weeks and see if ME/CFS symptoms improved.  It was impossible to explain how difficult it would be to recognize improvement, since only doctors with a clear understanding of the disease would have the necessary insight. While this doctor was sympathetic and wanted to be helpful, she just didn’t have the background.

My husband and I are in Tucson for the winter, far from the doctors I’ve already consulted and like. I don’t want to start with someone new here, so I plan to see Dr. Carrelli from Columbia in April when we’re back east, hoping that I don’t dissolve into boneless jellyfish.  I still have some residual groin pain, but just two Tylenol every other morning (strangely) helps. The ME/CFS misery has returned to its usual state, which means I’m moderately disabled as long as I pace myself very carefully. 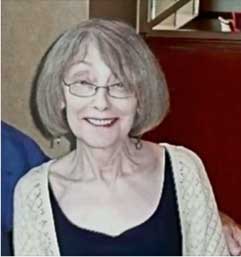 Carol was finally forced to go on strong drugs to combat osteoporosis – and suffered the consequences.

I am very curious to know how others with ME/CFS for a long time have managed bone density issues. Have you tried a bisphosphonate (Fosamax, Actonel, Boniva or Reclast) or a newer treatment like Prolia, Forteo or Tymlos? Have you experienced any side effects you think are related to ME/CFS?  Have bone scans revealed improvement? Have you suffered from stress fractures as I have? Have you found some alternative approach?

Without the ability to exercise enough to increase bone mass and prevent bone loss, and with a disease whose mechanisms are multi-systemic and essentially a mystery, we truly embody the cliché, “between a rock and a hard place.”  Maybe some of you have had a different experience. I’d love to hear from you!