The Pridgen Protocol for Fibromyalgia – Could It Work in Migraine? A Report Suggests Yes

We also hypothesize that migraine may be attributable to a reactivation
of a latent HSV residing within the trigeminal ganglion. The authors

She was a healthy 21-year-old white college student who woke up one morning to a “scintillating scotoma”, a visual aura of writhing dots. That was followed about an hour later by a severe, throbbing headache and nausea; i.e. she had a migraine – her first ever. 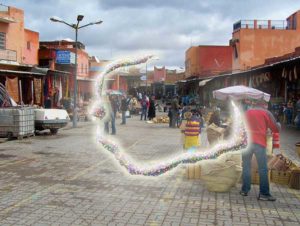 First came the visual aura – then the headache and all the rest.

The scotoma disappeared in an hour, the headaches lasted for a day, the nausea for three days and the cognitive problems for over a week. Two days later, it happened again and she was diagnosed with an acute migraine.

During the next three months, none of the treatments she tried (NSAIDS, triptans, beta blockers, prednisone and botulinum toxin) helped much. Problems with cognitive functioning forced her to take a semester off from college. Plus she was having trouble with sleep.

She appeared trapped in a classic ME/CFS/FM/migraine/POTS multi-symptom nightmare. Her problems didn’t just include pain – she also experienced significant cognitive issues and sleep problems and her disease was becoming all-encompassing – causing her to drop out of school.

“On the basis of the current understanding of the pathophysiology of migraine headaches, specifically the role of HSV-mediated trigeminal inflammation in migraine symptomatology and the antiviral characteristics of famciclovir and celecoxib, we believe these medications may work synergistically to treat migraine disorder.” The authors

Seven months later, her doctor tried something different, something very different – an anti-herpes virus protocol. Despite the fact that herpes simplex virus hangs out in the trigeminal nerve and the trigeminal nerve is where migraines originate, almost no work has been done to determine whether HSV is involved in migraine. If you look up antivirals and migraine, there’s almost nothing on it. Migraines are just not treated with antivirals.

But neither is fibromyalgia. Nor have pathogens been looked for. Dr. Skip Pridgen, though, looked at his FM patients and thought that a herpes virus attacking the nerve ganglion might just do the trick. He went on to develop a two-drug (Famvir-Celecoxib) combination to get after the herpes simplex viruses he believes are causing fibromyalgia and similar disorders. 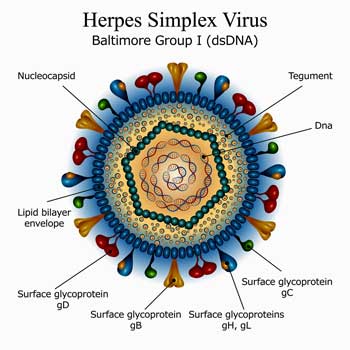 An otolaryngologist (retired) – who clearly knows intimately what’s going on in the head – named Bradford Na Pier decided that herpes simplex virus might be involved and that Dr. Pridgen’s protocol for fibromyalgia was worth a try. (Pridgen’s protocol is not specifically stated in the case report – it’s referred to in a citation. Doses – still proprietary information as Pridgen tries to get funding for the fibromyalgia phase III trials – are not reported – another indication the Pridgen protocol was used.)

This is just a case report – we have no idea if other migraine sufferers would have the same experience. The fact, though, that the regular migraine meds failed, while a drug combo that migraine-treating doctors probably aren’t aware of (and wouldn’t recommend) over time essentially ended this woman’s problems, is something to think about.

Her story demonstrates that drugs out there which no one is currently considering could very well have a significant impact on ME/CFS and FM. The new migraine drugs come to mind. Nobody has assessed the levels of the substance (CGRP) these drugs are blocking in ME/CFS and FM. If somebody actually measures them and finds their levels to be high, a boatload of new drug options could suddenly open up for these diseases. 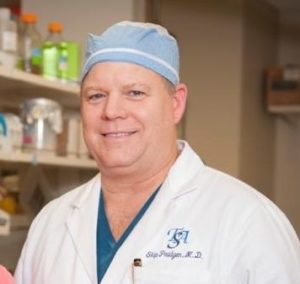 Pridgen’s FM protocol is being used in other diseases but funding for the phase III FM trials has not materialized yet.

Dr. Pridgen is probably not surprised by this finding. He’s long said that he thinks disorders associated with FM such as ME/CFS and IBS might be able to benefit from his protocol. Logically, that could include migraine, given its high comorbidity, particularly with fibromyalgia, and the close association of the herpes simplex virus with the trigeminal nerve.

Pridgen looked for herpes simplex virus in the guts of FM patients and found it but has said that he believes it’s causing trouble in other places in the body. These viruses are known for the cold and genital sores they can produce, but they probably hang out on in nerve ganglions across the body and could interrupt the signaling between these and many of our organs, glands, skin, blood vessels, and muscles. Van Elzakker has proposed that ME/CFS is caused by viral activity in the nerve cell ganglion found around the vagus nerve. Work is underway now to assess this hypothesis.

Check out more on herpes simplex virus, including the many places it may be able to hide out in the body, in Albert Chang’s Health Rising blog.

If Pridgen is right about FM, it makes sense that his protocol might work for migraine as well. This is as noted, just a case report – something Na Pier felt they wanted to get out in the medical literature in hopes that it will draw more interest. Let’s hope it does.

Pridgen is still looking for funding for his big phase III FM trials. Let’s hope he gets it and we can get a clear sense of how effective his protocol is in FM. If it’s successful, it will open up both a new window on treatments for fibromyalgia and a new understanding of the disease – and perhaps provide a springboard for more trials in other diseases.