The 2018 Dysautonomia Conference Pt. II: Could You Have a Spinal Fluid Leak? An ME/CFS, POTS, FM Perspective

“Having lives derailed by intractable headaches is a tragedy, but it is a much greater tragedy when the person has an unrecognized CSF leak that could be fixed easily if only recognized. We can help them be back at work, and live life again more fully,” Ian Carroll MD

Ian Carroll is not your ordinary MD. For one thing, he’s an asst. professor at Stanford – not an easy position to snag. For another, he’s board-certified in no less than four different specialties (Headache Medicine, Addiction Medicine, Pain Medicine by the American Board of Anesthesiology; and Anesthesiology). That doesn’t happen often either. 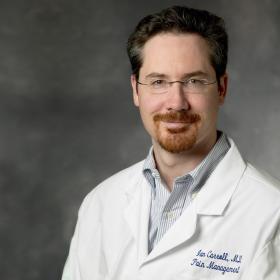 Dr. Carroll, headache and pain specialist at Stanford, became interested in cerebral spinal fluid leaks when his daughter got one

He’s not an expert in ANS issues but he was there to tell the audience that some people with POTS (or misdiagnosed with POTS) may instead have a condition which is treatable.

That message was borne out of his own experience. His daughter had a spinal tap induced cerebral spinal fluid leak. She contacted Stanford, but since her headaches didn’t match the classic post-spinal tap headache picture (they persisted when she was lying down), a CSF leak was not at first suspected. She got an otherwise very good workup which, unfortunately, did not measure cerebral spinal fluid protein, include a brain MRI nor spinal imaging. Ultimately it was determined she had a spinal fluid leak; she received treatment and improved greatly.

CSF leaks are no joke. They can be disabling, ruin careers and unfortunately, not be diagnosed for decades. They’re another in that swarm of diseases (POTS/MCAS/ME-CFS/EDS, FM) which are often unrecognized by doctors, produce similar symptoms and are often untreated.

The cardinal symptoms of a cerebral spinal fluid (CSF) leak are similar to POTS; in fact, Carroll reported that the top eight symptoms are the same. They include feeling worse when upright, neck pain, headache, tinnitus, cognitive issues (getting lost driving to familiar places), nausea and vomiting. 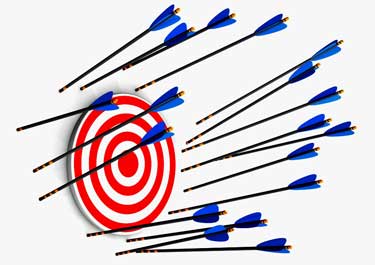 In Carroll’s experience misdiagnoses such as ME/CFS, POTS and fibromyalgia are not uncommon

Since his daughter became ill, Carroll’s been having POTS, ME/CFS, EDS and other patients referred to him at Stanford and he’s found some people with these diagnoses actually have  cerebral spinal fluid leaks. His first referred POTS patient turned out to have a CSF leak.  Except for her symptoms (severe headaches, passing out for 10 years)  he had nothing to go on: her initial imaging appeared to be negative and an MRI showed no signs of intracranial hypotension, but when he “patched her” she got better.

Kerr believes that one of the medical mysteries purportedly cleared up in the popular New York Times monthly column is an example of another wrong diagnosis.  Readers clapped themselves on the back for diagnosing the young woman with POTS but with her history of back surgery, a car accident and whiplash led Kerr to believe she probably has a cerebral spinal fluid leak (and is probably still sick.)

Carroll noted that no one knows how effective a tilt table test is at distinguishing between cerebral spinal fluid leaks and POTS as no studies have been done. One possible distinguishing symptom may be tinnitus; it’s very common in CSF leaks and does not appear to be as common in POTS.

Check out an ME/CFS patient’s description of her appointment with Dr. Carroll.

The good news is that many CSF leaks can be successfully treated. Severe headaches, pain, fatigue, exercise issues, and cognitive issues can all be diminished significantly or even drop away entirely. He’s seen ME/CFS/FM patients resume normal lives after a single blood patch.

Dural tears can be caused by  medical procedures (spinal taps/lumbar punctures, epidurals), bone spurs, trauma (e.g. whiplash), or if you happen to have genetically weak dura. Other conditions that increase the risk of CSF leaks include being unusually tall (>6’2″ or short, having a degenerative disc disease (see below) and/or scoliosis, diffuse arthritis, a history of aneurysm, and early onset cataracts (age 40)). A significant number of people with CSF leaks cannot, however, identify a triggering cause.

Leaks associated with a dural puncture or spinal tap are usually limited to a single leak site in the lower back, are well understood medically, and usually resolve quickly.  If a patch is needed, it’s usually successful. In contrast, spontaneous CSF leaks often rise mysteriously, are poorly diagnosed, and less easily treated.

Mornings are usually better. Symptoms can get immediately worse upon standing, but not always. Tell tale signs of a CSF leak are worsening symptoms the longer you’re upright (sitting or standing) and symptoms which worsen later in the day.

Severe headaches are a major feature of a CSF leak.  Some people who’ve had a spinal tap are probably acutely aware of what a CSF leak headache can feel like, but dural puncture/spinal tap induced CSF leaks and spontaneous (non-dural puncture triggered) CSF leaks are different.

People with post-puncture CSF leaks usually get slammed with a piercing, sometimes mind-boggling headache when they rise up, which then quickly disappears when they lie back down. 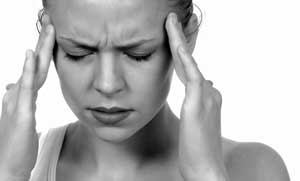 People with spontaneous CSF leaks may feel worse when upright, but don’t always feel better immediately when they lie down. Their headaches often occur later in the day after the person has been upright for quite some time or after exertion.  Feeling better – much better – after remaining lying down for 24 hours is another clue that you may have a CSF leak.  Others include head or neck pain worsened by bending over, by dehydration, by exertion, by sneezing, coughing or a bowel movement, and a fluid-rushing sound in the head when going from lying to sitting.  CITE CAROLYN BLOG

Over time, some CSF-caused headaches can become chronic, occurring whether you’re lying down or standing up.

Tinnitus may be a distinguishing feature between POTS and CSF leaks. Carroll suggested that if you have tinnitus in the absence of headaches, “you should be thinking that there is something else going on”. That’s because either abnormally low or high cerebral spinal fluid pressure can alter the pressure of the fluid in the inner ear as well, causing tinnitus.

For some, nausea and vomiting are their main symptoms. In a Neurology Reviews article Dr. Carroll described a complex regional pain syndrome patient who suffered a CSF leak during a spinal cord stimulation trial, and subsequently vomited up to nine times a day. It took two CT myelograms to find the very small leak. After treatment, she improved markedly.

CSF leaks can cause a wide variety of other common symptoms including neck pain, fatigue, trouble concentrating, trouble persisting with task, and a racing pulse. It can also, at times, cause bizarre symptoms including: double vision, blurred vision, patchy numbness or tingling in the face or limbs, unusual smells (experienced as smelling odors that others don’t), sensitivity to light (photophobia), muffled hearing, sensitivity to sounds and smells, and strange taste sensations such as a persistent metallic taste.

Many doctors think MRI’s will provide evidence of the low cerebral spinal fluid pressure that’s characteristic of CSF leaks, but Carroll has had numerous patients with normal MRI’s whose headaches disappeared with treatment. In his experience, CT myelograms are needed to find many of them and even they can miss some leaks.

Carroll relayed the story of one person who suffered from terrible headaches, nausea and grand mal seizures. His MRI showed an innocuous little disc bulge, but a myelogram showed a sharp edge piercing his spinal cord. He had a blood patch and recovered.

Unfortunately if you haven’t had spinal surgery, whiplash injury or a lumbar puncture, doctors are averse to looking for them.  Doctor’s often won’t assess them because they believe they’re so rare. One study suggests CSF leaks occur in just 5 per 100,000 people – about the same rate as esophageal cancer.  Carroll thinks that’s a substantial underestimate; CSF leaks may not be common but they’re not THAT rare …

Treatment is usually very simple. It usually involves a “blood patch” which involves a small amount of the patient’s blood being injected near the site of the tear. The blood clot which forms then patches the leak.

If blood patches don’t work, fibrin “glue” seals or surgery can be used to close the tear.

Unfortunately, no studies have determined how many people with ME/CFS, FM, POTS, EDS or other allied diseases actually have a cerebral spinal fluid leak. It may be a few, it may be more, but Carroll is clear that at least for some people a potentially corrective treatment awaits.

Thanks to Dysautonomia International for their support in attending the conference

Without Your Support Health Rising Would Not Exist