Our mission is to promote evidence-informed health decision-making by producing high-quality, relevant, accessible systematic reviews and other synthesized research evidence. Our work is internationally recognized as the benchmark for high-quality information about the effectiveness of health care. Cochrane

The Cochrane Reviews are the gold standard – highly respected and valued – they’re the go-to reviews doctors and medical websites use to get beyond the hype and learn how effective treatments really are.

In David Tuller’s superb Sept. 2018 piece Trial By Error: The Cochrane Controversy he pointed out how important a role the reviews play in bucking up the biopsychosocial view of ME/CFS, stating that “the CBT/GET ideological brigades and their enablers regularly cite Cochrane’s systematic reviews”. As long “as CBT/GET promoters can hide behind Cochrane’s skirts”, Tuller said, the biopsychosocial influence on ME/CFS research and treatment will continue.

Now in a potentially major event, the Cochrane is temporarily withdrawing the 2017 Cochrane Review on graded exercise in ME/CFS.  That’s not the authors choice – they’re spitting mad at that idea – it’s coming straight from the Cochrane editors.

Several factors make this temporary withdrawal noteworthy – and suggest it might not be so temporary after all.

The Cochrane editors appear to have decided that there’s a good chance that the original analysis was faulty.

Ironically, the review was not particularly laudatory. It concluded that GET was more effective at reducing fatigue than pacing, or no treatment at all, and did not worsen symptoms. It did not find evidence, though, that GET helped with pain, self-perceived changes in overall health, use of health service resources, and made little or no difference in physical functioning, depression, anxiety and sleep. The fact that the authors could not say that GET lessened an ME/CFS patient’s use of health care was important as one of the justifications for employing CBT or GET is that it will reduce doctor visits.

The CBT/GET field’s success is sowing the seeds of its decline. Years of federal funding from the U.K. and the Netherlands have produced enough studies to conclude that the therapies have limited efficacy at best. Why the U.K. or the Netherlands or anyone else would pour enormous amounts of money into a treatment with such little efficacy is baffling.

The Cochrane authors’ conclusion that further research is needed to determine the kinds of exercise that could be most helpful could, however, potentially set the stage for years of expensive studies. More money which could have gone to getting at the cause of ME/CFS being thrown down the GET rabbit hole.

Calling the decision “disportionate and poorly justified”, the authors were not surprisingly rather upset to see their work removed from publication.  A critic of the withdrawal responded to it in much the same way that Queen Mary’s College responded to ME/CFS advocates’ attempt to get at the PACE data:  by ignoring the central issue – whether the original analysis was flawed – and going after the patient activists and then accusing the journal of folding to them.

Medscape reported that Colin Blakemore, a professor of neuroscience and philosophy at London University, said the withdrawal decision was basically a perversion of science that was done to mollify the “opinions of activists” and their “unsubstantiated views”. He accused Cochrane of capitulating to lobbying from small numbers of vocal patient groups.

Medscape, to its discredit, missed the bad science theme and jumped on the angry patient theme, stating that, “Scientists conducting studies on potential therapies say they are often harassed and verbally abused by groups that disagree with their approach.” 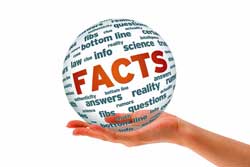 The Cochrane editors fought back, stating that it’s decision was based on “extensive feedback” and a “formal complaint” which they felt raised “important questions”. Given how rare a withdrawal of a study over the authors’ objections from the Cochrane Library is, one can guess that the Cochrane editors felt substantial issue, indeed, had been raised.

Given the importance the huge PACE trial with its 640 participants must have played in the original analysis, any diminishment in that controversial trial’s effects might alone be enough to pretty well negate the already pretty mediocre conclusions the authors came to regarding GET. Earlier this year a re-analysis of the PACE trial data from a group which included David Tuller and other advocates such as Tom Kindlon and Alem Mathees cast doubt on virtually every major finding from the trial.

Plus a highly critical paper which re-analyzed the Cochrane Review study data problems sharpened the Cochrane Editors’ focus a bit. It’s probably not often that the august Cochrane Reviews receive such an overt challenge.  In July of this year, Mark Vink‘s and Alexandra Vink-Niese of the Soerabaja Research Center in the Netherlands re-analysis of the GET studies used in the Cochrane review concluded that the Cochrane GET review was wrong and that the studies do not show that GET is safe, and in fact the suggest that GET is “ineffective”.

A “Common Mental Disorder” No More

Let’s dispense with one issue right away: This illness should not be housed in the Common Mental Disorders group. Whatever the historical reasons for this arrangement, it undoubtedly must lead observers to assume that Cochrane as an organization endorses the framing of CFS as a psychiatric illness. David Tuller

Last year Tuller pointed out that Cochrane is aware of the PACE controversy; aware enough to have first given another ME/CFS exercise review to reviewers outside the Common Mental Disorders division (yes, Cochrane classified ME/CFS as a “common mental disorder”) who reportedly ripped it to shreds.

Cochrane just responded to Tuller’s and others complaints by moving the responsibility for reviewing these trials outside of their “Common Mental Disorders” division. 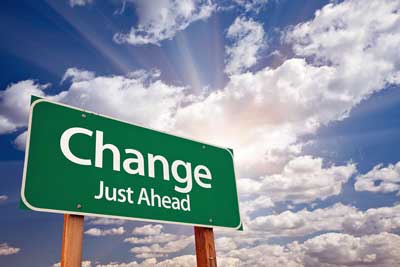 The biopsychosocial field has had a rough year. But is it enough to turn off the spigot that provides the funding which keeps the field alive?

The Journal of Health Psychology’s decision to devote an entire issue to the problems of the PACE trial raised the question when, if ever, a journal has devoted an entire issue to debunking a single trial?  Citing the unwillingness of the PACE authors to engage with their critics at all, the editor of the the Journal of Health Psychology stated that

“the unwillingness of the co-principal investigators of the PACE trial to engage in authentic discussion and debate….(it) leads one to question the wisdom of such a large investment from the public purse (£5million) on what is a textbook example of a poorly done trial.”

Lancet, the publisher of the original PACE trial and the recent GETSET trial is, thanks to the lax editorship of Richard Horton,  at the epicenter of a veritable storm of protest.  No one, it seems, can plausibly or convincingly stand up for the study. That Horton is willing to continue to subject his lauded Lancet journal to such ridicule is astonishing.

It bears mentioning that Horton has been editor-in-chief of Lancet for over 20 years – longer than any editor since the 1940’s.  He won’t be there forever. Perhaps Lancet will tire of his fact defying embrace of the PACE trial and give the editorship to a fresher face.

If the huge PACE study falls it will take others with it.  The damage to the reputations of the authors – who have played a major role in the establishment of the biopsychosocial paradigm of ME/CFS and who have been so unyielding in their defense of the tarnished study – will likely be significant.

Whether these controversies will be enough to get funders in the UK, the Netherlands and elsewhere to point their dollars towards biological causes/treatments is unclear, but the Cochrane editors temporary withdrawal of their own GET review is a notable event. If that withdrawal becomes permanent or the review’s conclusions are dramatically altered, the biopsychosocial field will have lost a valuable crutch.