In fact, the authors have stated that if the findings are validated, they could lead to a “revolutionary shift” in the way fibromyalgia and related forms of chronic pain (that includes chronic fatigue syndrome (ME/CFS)) are treated. They stated that the new approach “has the potential to save billions of dollars to the health care system and decrease many people’s dependence on opiates”. (Not to mention improve many people’s health and wellbeing :))

The study results basically come down to the inability to interpret a rather common lab test correctly.  The findings suggest fibromyalgia could be a form of pre-diabetes that could, in some cases, be treated with readily available diabetes medications. (No wonder they’re excited.) 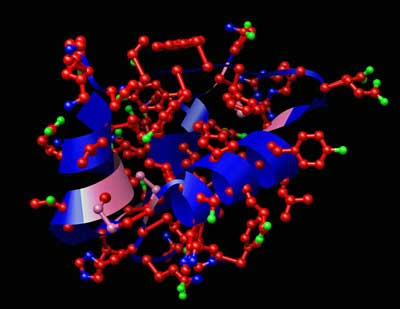 This small, rather simple retrospective study analyzed insulin resistance (HbA1c test), the use of metformin – a drug used to treat insulin resistance (IR), and pain levels in 23 patients who’d been referred to a pain clinic for widespread myofascial pain (and met the criteria for fibromyalgia).

(Because this was a retrospective study, there was no healthy control group. Instead, the researchers used two independent healthy control populations to get normative values for the HbA1c test.)

Diabetes occurs when the body is unable to metabolize carbohydrates (glucose) properly, leading to high glucose levels in the blood. Insulin, a hormone, allows glucose to enter the cells and produce energy. It also helps break down fats and proteins for energy. When too little insulin is present, or if the insulin receptors on the cells don’t respond to it, glucose will build up in your blood, causing problems.

Over time, insulin resistance and the high glucose levels in diabetes can have nasty effects including eye (retinopathy), kidney (nephropathy), and nerve (neuropathy) problems. Those neuropathy problems include small fiber neuropathy (which is found in fibromyalgia), ME/CFS, GWI, POTS and diabetes.

The authors noted that because their clinic aggressively treats pre-diabetic conditions (HbA1c values of 5.7 or higher), they had data on metformin usage (500 mg twice a day).  In fact, they had quite a bit of data as many of the people with fibromyalgia in this sample were classified as having pre-diabetes. They used the Numeric Pain Rating Scale (NPRS) to assess pain levels every time a patient visited the clinic. 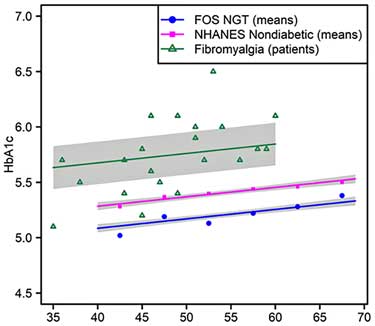 After adapting for age, the HbA1c levels were significantly elevated in the FM patients (green)

The study found highly significant associations between fibromyalgia and increased HbA1c test scores relative to the two test populations (p < 0.0001 and p < 0.0002). That suggested that, at least in this group, the increased HbA1c findings in FM were real, and that insulin resistance or pre-diabetes was present.

The group which received standard treatments, but not metformin, did improve – indicating that the clinic’s pain protocol (consisting generally of norepinephrine reuptake inhibitors (amitriptyline, duloxetine or milnacipran) and/or membrane stabilizing agents (gabapentin or pregabalin)) was helping. 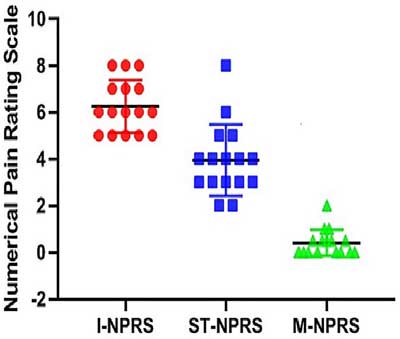 Why hasn’t this simple, rather common test been linked to fibromyalgia before? Possibly because of a mistake the authors propose labs and doctors are regularly making: not accounting for age when assessing HbA1c levels. They noted that the HbA1c values in many of their patients with FM would be considered to be within the normal range.

HbA1c levels, however, rise over time, even in healthy people. Because standard HbA1c norms apparently reflect an older population, the higher values used may understate the extent of pre-diabetes in younger patients. Age-stratifying the clinic’s FM patients indicated that many of them actually had high HbA1c levels. (This was not a particularly young group: just 3 were in their mid-30’s and most were in their 40’s and 50’s).

That’s a pretty important distinction to miss, given that pre-diabetes carries a higher risk for: a) diabetes; b) peripheral neuropathies; c) cardiovascular problems; d) neurological diseases, and, to top it off; e) all-cause mortality…

“Patients with FM presenting with low levels of phosphorylated AMPK and inflammasome activation in BMCs, subjected to long-term treatment with metformin, improved both pain and FM-associated symptoms.” Bullon

This same inflammasome, by the way, is found in type 2 diabetes. (Inflammasomes are intracellular immune complexes which respond to pathogens and other stressors by producing inflammatory cytokines.)

The pre-diabetes connection may not be as far out as one might suspect. Neil McGregor in Australia and Chris Armstrong of the Open Medicine Foundation have speculated that insulin resistance might be present in ME/CFS.  Ron Davis has suggested that, depending on how the science ends up, ME/CFS could end up in the National Institute of Diabetes and Digestive and Kidney Diseases at the NIH (NIDDK). If these researchers are right, fibromyalgia will probably get there first.

Marco, a patient, latched onto the diabetes question in his 2014 Health Rising blog: “The Energy Disorders: Diabetes, ME/CFS and FM – Can Diabetes Tell Us Anything About Chronic Fatigue Syndrome and Fibromyalgia?”

He pointed out that untreated diabetes is, by definition, “a state of energy deficiency” and that diabetes is a spectrum disorder of which six different types may exist. He related a number of intriguing possible connections between fibromyalgia, ME/CFS and diabetes:

Plus, we can now add two more possible commonalities:

The Energy Disorders: Diabetes, ME/CFS and FM – Can Diabetes Tell Us Anything About Chronic Fatigue Syndrome and Fibromyalgia?

Neil McGregor, an Australian metabolomic’s researcher, reported that while his data suggests that a third of ME/CFS patients have insulin resistance, most actually have a form of hyperinsulinemia, which refers to excess levels of insulin.  While hyperinsulinemia is often found in type II diabetes, it does not cause it, and is more often found in metabolic syndrome. It’s clear that much remains to be learned about the role insulin may play in ME/CFS.

To make one more potential connection: several studies have linked type II diabetes with (ouch) Alzheimer’s. In fact, some call Alzheimer’s “Diabetes of the Brain” or Type III diabetes.

A 2017 paper hypothesized that problems with red blood cell morphology, deformability, and function and high rates of oxidative stress – that help produce insulin resistance in the brain – tie the two disorders together. That’s an interesting trifecta, given that red blood cell problems and oxidative stress have already been found in ME/CFS and FM, and insulin resistance might be added to the list.  (One study suggests that the rate of dementia may be somewhat increased in FM.)

Intranasal insulin (a spray) to pump up the insulin levels in the brain is another possibility.  Researchers were awarded $1.7 million to see if intranasal insulin helps with cognitive and other ‘multi-symptom’ problems in Gulf War Illness. Intranasal insulin is also being trialed in Alzheimer’s and Parkinson’s disease.

This was a quite small study and people with ME/CFS, in particular, have become acquainted with the hazards of those. Much larger studies are needed to determine if high levels of age-dependent HbA1c are present in FM (or ME/CFS). Large placebo-controlled, double-blinded studies are needed to assess the effectiveness of metformin in reducing pain.

Physical inactivity and obesity – both of which can be present in FM and ME/CFS – can lead to insulin resistance. (The authors could have but did not assess if BMI made a difference.) Exercise, by the way, if FM patients can handle it, is highly recommended for IR and can ameliorate it.

In a small retrospective study, University of Texas researchers found high rates of age-adjusted HbA1c levels in fibromyalgia, signifying that pre-diabetes may be common, and, if their sample population reflects the population at large, possibly massively underdiagnosed in FM. The authors noted that if the HbA1c values in their patients had not been adjusted for their age, most of them would have been normal. 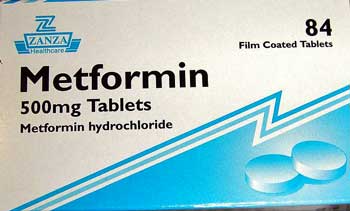 Could metformin work in FM? It looked very good in this preliminary study. Bigger studies will hopefully tell us more.

Treatment with metformin – a first-line drug for type II diabetes – resulted in significant and long term reductions in pain. Half of the cohort (n=16) reportedly completely recovered.  Because metformin also enhances mitochondrial and antioxidant production, it may be helpful in several ways.

The results are enticing, but much larger studies are needed to assess the incidence of altered HbA1c levels, metformin’s effects on pain, and the role physical inactivity and/or obesity might play in the IR found in FM.

Have you tried metformin?