CBD oil is probably the easiest and safest form of Cannabis to use and is the form many beginners start with. The 2018 Farm Bill is making THC-free (or nearly free) CBD oil legal just about everywhere. CBD oil, however, is not without its risks. With some companies looking for a quick score, cheap and possibly even unsafe forms of CBD oil can be found.

Getting Your CBD Oil

CBD oils are derived either from a particular strain of Cannabis called hemp, which by definition has very low levels of THC, or from other strains of Cannabis which have higher levels of THC.

Hemp is Cannabis gone industrial. Believed one of the earliest cultivated plants, this spectacularly fast-growing plant has been used to make clothes, shoes, ropes, paper and other products for thousands of years.

A cash crop planted by most of the U.S.’s founding fathers (Thomas Jefferson,[122] James Madison, James Monroe, Andrew Jackson, Zachary Taylor, and Franklin Pierce), hemp fell awry of the authorities in the 1930’s when, after being wrongly lopped in with Cannabis, a special tax was placed on its production. Lifting the tax during World War II (“Hemp for Victory”) caused industrial hemp acreage to soar, but the Controlled Substances Act of 1970 classified hemp as an illegal Schedule I drug and hemp acreage in the U.S. dropped to almost nothing.

The 2018 Farm Bill changed all that. It allows for broad hemp cultivation and the transfer of hemp-derived products (including hemp-derived CBD oil containing less than 0.3% THC) across state lines for commercial or other purposes.

The U.S. is already the largest consumer of industrial hemp in the world but until recently has produced very little hemp, leaving China the big dog in the hemp marketplace. The 2018 Farm Bill, though, which removed hemp from the Controlled Substances Act and reclassified it as a commercial product, is going to change that big time.

U.S. farmers are reportedly eager to start growing this versatile, fast-growing,  and tough plant. Besides being a source of a growing industry, hemp has quite a few things going for it. For instance, it requires much less water than corn, needs no pesticides and tolerates a wide variety of soils.

Hemp-derived CBD oil can present some issues, though. Hemp contains very low amounts of CBD, which means it takes a lot of hemp to get CBD from it. (High CBD hemp strains are being developed.) Because so much extraction is required, one should be doubly sure that non-toxic extraction methods are being used. Hemp’s soil-tolerating capability can be a double-edged sword as well.

Hemp is a bioaccumulator; in fact, it’s so darn good at absorbing toxins from the soil that it was reportedly used in Chernobyl to clean up the soils there. Hemp’s ability to thrive in and clean toxin-contaminated soils may prove a real boon for environmental restorationists, but it presents challenges for those wishing to use hemp-derived CBD oils.

Leinow reports that “many” industrial hemp-derived CBD products are grown in China on soils of uncertain origin. Plus, some producers use solvents such as butane and hexane in the CBD extraction process, which can leave toxic residues behind.  One 2014 analysis from Project CBD found dangerous levels of hexane in random samples of CBD products derived from hemp.

Because hemp is not a regulated substance, you also don’t always know what you’re getting.  A study published in the Journal of the American Medical Association found that 26% of CBD products researchers purchased online contained less CBD than labeled and 43% contained more. (Oil-based products were more likely to be accurate.  Twenty-one percent of CBD-only samples actually had some THC in them.)

Testing revealed that some hemp derived CBD oils had wildly varying amounts of THC and CBD with some “CBD” oils containing no CBD at all. Some leading hemp derived CBD oil brands which advertised their full-spectrum oil nature had only one cannabinoid present – likely markedly reducing their effectiveness.

Plus, Project CBD reports that some hemp-derived CBD oils contain unhealthy additives such as corn syrup, artificial flavors and colors, and other contaminants.

Beware Imposters in the Cannabis field

Note that because hemp also contains substantially lower levels of the terpenes believed to be an important medicinal part of Cannabis, you may not get the full entourage effect available from hemp-derived CBD oils.

Extracting CBD and THC from Cannabis is a much simpler proposition because of the much higher CBD and THC levels found. In general, Leinow argues that Cannabis-derived CBD oil is a better bet because Cannabis is more highly regulated and includes more compounds that contribute to its healthful effects.

CBD oil is extracted from Cannabis in several different ways. Alcohol extraction is a low-tech and safe method. Supercritical fluid extraction using CO2 is another non-toxic method that has become the gold standard for producing safe concentrates.

Butane extraction, on the other hand, is popular but can leave toxic residues and the RSO extraction methods uses toxic solvents. Both should be avoided.

when you get it right
you pass it on… Gary Snyder 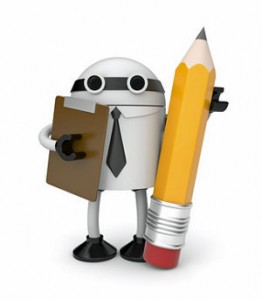 Check out the first ever ME/CFS/FM focused Cannabis Review Program.

Check out first Cannabis review program for people with ME/CFS and/or FM. (Note that all answers are anonymous. There is absolutely no way to tell who provided what answer.)