A Gulf War Illness study finds a connection between dysregulated gut flora, leaky gut and neuroinflammation – and a new way to potentially resolve it.

It’s nice when the government has your back. After years of neglect, the federal government finally appears, at least regarding medical research, to have Gulf War Illness (GWI) veterans’ backs. 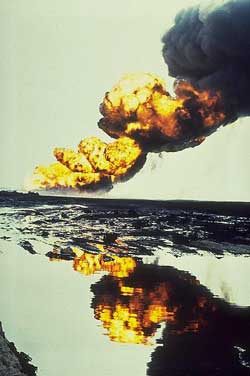 The feds are not just interested in understanding GWI – their goal is to develop new treatments. That focus has lead to the development of animal models which have allowed researchers to do extensive testing. (When exposed to the chemicals and stressors, the mouse model of GWI experiences cognitive problems, learning difficulties, fatigue and GI issues.) By paving the way for treatment trials, the GWI animal models are making a significant difference – as they did in this case.

Toxic Chemicals And Your Gut Flora

No one during the first Gulf War almost thirty years ago would have dreamed that the gut, of all places, might hold the key to the health issues veterans face. The latest studies suggest that the gut does play a role, however, and may even play a crucial role in their illness.

Saurabh Chatterjee, an environment health science researcher at the University of South Carolina, has been methodically describing the strange flora that’s lurking in GWI patients’ guts.  In 2017, Chatterjee and his team showed that exposing GWI mice to chemicals and stress altered their gut microflora and caused the junctures of their gut lining to loosen – producing a “leaky” gut. As their gut bacteria spilled into their blood stream, it triggered a condition called “systemic endotoxemia”. The same leaky gut problem has been found in chronic fatigue syndrome (ME/CFS) and fibromyalgia.

The Gut-Wrenching Effects of Exercise: Could Exercise Be Wiping Out the Gut in Chronic Fatigue Syndrome?

The bacterial phylum Firmicutes that was found enriched in the exposed mice has been associated with obesity, metabolic syndrome, chronic fatigue and inflammatory bowel disease – and was found increased in ME/CFS in one study.

The mouse problems didn’t stop at their guts, though. Specific gut bacteria (Coproccoccus, Turicibacter) were also associated with neuroinflammation in the GWI mice brains.

How changes in one’s gut bacteria result in inflammation in the brain is, of course, a big question. For one thing, there’s this blood-brain barrier (BBB) that’s been specifically erected to stop bad actors from getting into our brain.

Some researchers have hypothesized that high levels of pro-inflammatory cytokines are wreaking havoc on the formerly tight junctions of the BBB but this group had a different twist on that idea.

They hypothesized that toxins produced by the bad bacteria (endotoxins) were binding to receptors in the brain and small intestines causing the cells there to produce localized explosions in pro-inflammatory cytokines. (VanElzakker proposed that a similar localized immune response was present in ME/CFS eight years ago.)

These localized concentrations of cytokines wouldn’t necessarily show up in a blood test but could causing be oxidative stress, inflammation, etc. around the BBB – disrupting its junctions. Or, as VanElzakker also suggested, they could be producing signals that get transmitted to the brain and trigger an inflammatory response there.

Given that idea, it was intriguing, indeed, to see the same bacterial receptor (TLR-4) get triggered in both the gut and in the olfactory lobe of the brains of the mice despite the fact it was clear that the bacteria themselves had not made their way to the brain.  It suggested that a signal from the gut was making its way to the brain – and likely producing inflammation there.

The findings suggested to the authors that antibacterials like minocycline and probiotics might be helpful not just in returning the gut to health, but also in reducing the neuroinflammation present in Gulf war Illness and similar disorders.

Demonstrating that toxic chemicals had likely whacked the gut bacteria of GWI patients, messed up the tight junctions in both their guts and their blood-brain-barriers, and caused inflammation in their brains, was pretty darn good, but it was all just a setup, though, to the big finding Chatterlee produced in his most recent study.

The Viruses in Us

Chatterlee’s next goal was to learn why the guts of his mice and people with GWI had stayed stuck in a suboptimal state.  Why had healthful regulatory mechanisms not returned their guts to their former state? 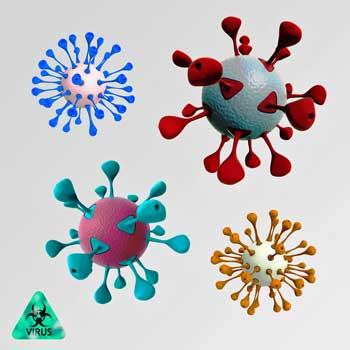 For that he turned to the bacteriophages – the viruses which infect the bacteria in our guts and regulate much of our gut composition. It’s been proposed that the gut viruses – which are not nearly as well known as our gut bacteria – provide the “missing link” between the gut bacteria and the effects they have on our bodies.

Chatterlee’s was the first study to assess the virome in GWI illness. It surely won’t be the last.

Chatterlee found that the bacteriophages (virus infected bacteria) in the GWI mice seemed to thrive on the chemicals that so badly affected the Gulf War soldiers.

That finding opened the door to a potential new gut treatment.

Fixing the Gut (and Neuroinflammation?)

The gut viruses may have been happy with the toxic exposure they got in the first part of the study, but they didn’t like what Chatterlee did next.  Not only did Chatterlee’s use of a broad spectrum antiviral called Ribavirin reverse the changes in the gut virome, it also reduced their leaky gut, reduced their gut inflammation and even reduced the neuroinflammation found.  In one fell swoop, Chatterlee introduced a new possibility for returning the guts of GWI and other diseases such as ME/CFS to health – an antiviral. 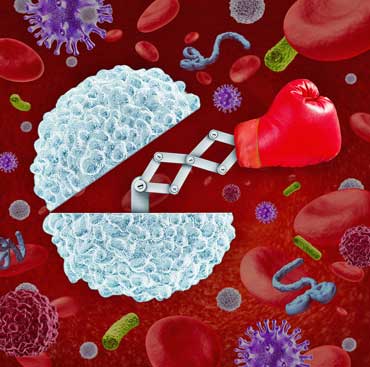 Going to the nuclear option – antibiotics which essentially sterilized the gut – produced the same result (but would require rebuilding the gut flora.)

The authors. one of whom was Nancy Klimas. suggested that antivirals like Ribavirin, by themselves or in combinations with “complementary and alternative compounds and probiotics”, might “form the basis of a novel treatment strategy for GWI and similar disorders.”

While this was a mouse study, it opened the door to experimentation with FDA-approved antivirals like Ribavirin, perhaps in combination with other treatments, to reset the gut flora and possibly even reduce neuroinflammation in the brain.

Given the federal emphasis on finding effective treatments for its now very long suffering veterans, you can bet that a gut treatment trial featuring Ribavirin is in the works for GWI.

Chatterlee’s study underscores the fact that one ignores the gut – and that means both the bacteria and the viruses found in it – when talking about neuroinflammation at one’s own peril.

Chronic fatigue syndrome (ME/CFS) is not Gulf War Illness. Some people with toxic exposure-linked illness may be similar to GWI patients but the illness is usually triggered in other ways.

Because both diseases are symptomatically almost identical, and gut dysbiosis is present in both, it stands to reason that, like GWI, returning the gut flora – including its virome – to homeostasis using antivirals, antibacterial or alternative approaches (prebiotics, probiotics, fecal transplantation) could be helpful.

Treatment Takeaway – While no studies have assessed the effectiveness of antivirals in resolving the gut flora and its effect on symptoms in GWI or ME/CFS, the mouse finding suggests antivirals could conceivably be helpful . If the viruses in our gut are, indeed, major regulators of the gut flora, antivirals could even play a critical role.  Much more study, of course is needed.

In 2017, Solve ME funded a gut virome study, and a fecal transplant study is underway in Norway. We should also be hearing much more about the gut from Derya Unutmaz soon. 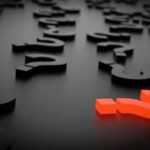 Thanks to the 71 people who have contributed $5,330 to HR during the first week of our fundraising drive. 🙂 Confused by the science? HR endeavors to provide a clear (as possible – we’re still a work in progress) guide to meaty and technical research being published every day. if keeping up with the research is important to you, please support us in whatever way works for you.