The Temporary ME/CFS and Fibromyalgia Recovery Stories – What Can They Tell Us? 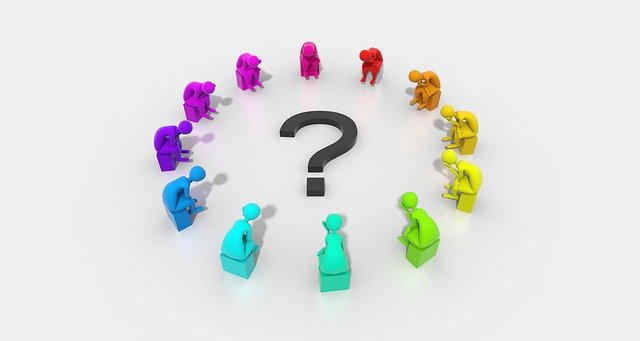 Some people temporarily improve dramatically … What could they tell us about these diseases?

In 2015, Dean Echenberg, MD, PhD, a former public health official and Director of Disease Control in San Francisco at the height of the HIV/AIDS epidemic, had a question. His own course of ME/CFS had been anything but smooth. Echenberg had experienced years of illness punctuated sometimes by years of complete remission. Echenberg wanted to know if others had had the same experience.

While these people by definition did not recover, something happened to them which dramatically, if temporarily, boosted their health – until ME/CFS came roaring back. Even with their impending relapse, the fact that they would able to make such inroads into this disease for a time is significant. I, for instance, have never, over four decades, found anything that significantly boosted my energy levels for a significant period of time.

With ME/CFS and FM being so stubbornly resistant to treatment, any data on anything that really substantially moves the needle on people could be helpful. With that in mind, we present two more temporary remission stories – and in an attempt to flesh out why people remit when they do – provide a poll.

She (Patient X) was 53 years old with severe chronic fatigue syndrome (ME/CFS) as well as fibromyalgia. Scoring about 20 on Sarah Myhill’s ability scale, and 15% on the AYME functional ability scale, she was getting progressively worse.  She was able to sit up much of the time and could get around the house and be outside the house for an hour at a time a couple of times a week — but that was it. She met every ME/CFS criteria in the book.

Her symptoms included a horrible flu-like feeling that never went away, and an unearthly exhaustion which, as she evocatively put it, felt “as if her blood had been replaced with iron and the iron was being sucked down into the earth by a powerful magnet.”

Tests indicated she had exceptionally low NK Cell Function and a Mycoplasma pneumonaie infection that her Stanford doctor wanted to treat with antibiotics. She also tested very high for HSV-1, which will be treated with antivirals. 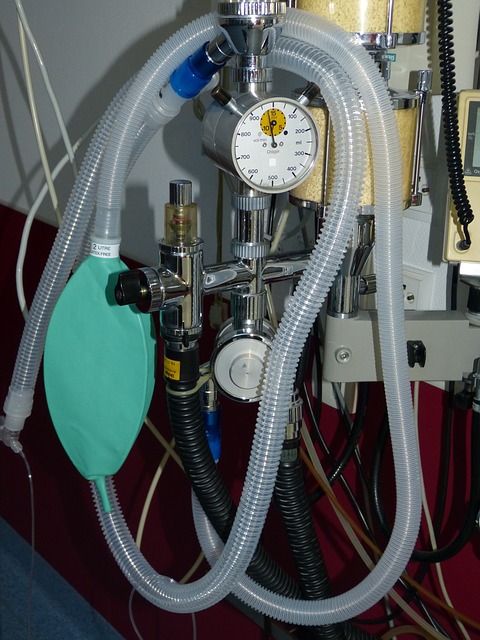 Patient X’s remission was triggered by an unlikely candidate – a 10 hour immersion into anesthesia.

She believed the acute onset of her ME/CFS and fibromyalgia was probably triggered by three factors: (1) a long and difficult withdrawal from Valium (used for sleep); (2) repeated exposure to mercury vapor from poor dental work (strange neurological symptoms and paresthesia began 10 days afterwards); and (3) three concurrent sleep disorders. She was also diagnosed with attention deficit disorder (ADD).

She’d seen Dr. Kaufman at the Open Medicine Institute (to no avail), and Dr. Amity Hall, physician’s assistant to Dr. Montoya at Stanford, as well as several other doctors. She’d tried LDN, different diets, CBT, supplements, etc. Nothing had worked.

On June 29, everything changed during a 10-hour surgery during which she was given a raft of anesthetic drugs (Fentanyl, Rocuronium, Lidocaine 2%, Propofol, Cefazolin, Dexamethazone, Hydromorphone, Phenylephrine, Mannitol, Acetaminophen, Phenylephrine, Ondansetron (Zopfran)). The surgery did not correct anything possibly associated with ME/CFS or FM.

Surgeries can knock some people with ME/CFS/FM for a loop but the opposite occurred.

Upon awakening, she experienced euphoria and hypomania which transformed hours later into a state of alertness she’d never experienced before. More importantly, she had no ME/CFS symptoms and her fibromyalgia pain was gone as well.

The difference, she said, was night and day! After years of inactivity, she was, of course, deconditioned and didn’t have a lot of stamina but was able to walk regularly without discomfort. Suddenly she was able to socialize, take long walks, and check out the big box stores she used to avoid.  She was like Lazarus rising from the grave.

Two weeks later – long, long after the drugs had left her system –  she still had zero brain fog, was able to clearly articulate my thoughts, and was finally, for the first time in years, able to focus. After coping with ADD for years, her short-term memory was now excellent. The bone-crushing fatigue and the flu-like symptoms of ME/CFS were still gone. Her FM pain was mild and infrequent.

Instead of her usual gait problems, her legs were strong and her strides were sure, and she was taking “wonderful, effortless walks”.  Instead of a “10-15” on a functional scale, she thought she was at about “70”. She said she could write pages about the difference between her condition now and pre-surgery.

Two and a half weeks after the surgery, her ME/CFS symptoms began to descend again. It took her several months to return to baseline where she has remained ever since.

As her symptoms crept back, she remained changed in some ways.  Despite her cognitive shortcomings, she’d always had an insatiable curiosity. During her remission, it had became clear to her that her sharp intellect had simply been lying dormant. Knowing that left her more patient and more tolerant of her ADD issues.

The big question, of course, is what happened? How did a ten-hour surgery temporarily wipe away such a severe disability? What does the fact that it happened mean for her brand of ME/CFS?

It should be noted that studies examining the effects of anesthesiology have found only negative effects. Nothing I found described positive results from anesthesiology.

We turned to an anesthesiologist who could provide no answers except to say that she didn’t believe that Patient X’s idea that the propofolol was responsible for her remission was correct. (Patient X noted that propofolol appears to be able to aid memory retention.) The half-life of that drug is just way too short. The same was true for Ketamine which does have pain-relieving properties – which she didn’t receive anyway.

Patient Y was a professional who contracted sudden onset ME 15+ years ago. Since then her functional capacity level has remained a steady 3-4/10. She’s been diagnosed with ME/CFS, FM and POTS. 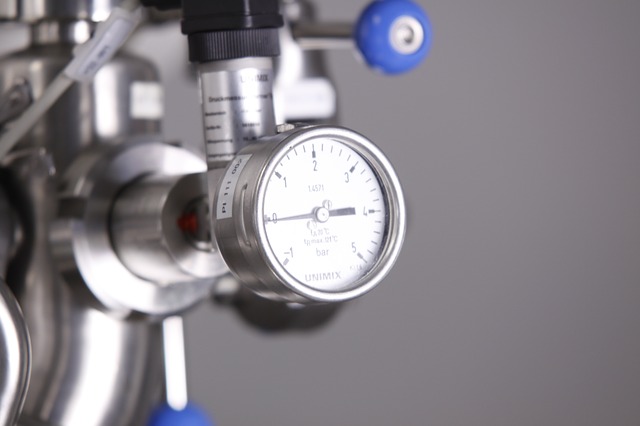 Her symptoms included difficulty being upright, difficulty reading for long periods, PEM, insomnia, headaches, dizziness, shortness of breath, muscle weakness and pain, and brain fog. She was also highly intolerant of and experienced sometimes paradoxical reactions to most prescription drugs, including several commonly used in ME/CFS (for instance, drugs designed to increase energy increased her exhaustion).

She’d tried many things that didn’t work out. Here is a partial list:

Her only real winner was hormone replacement therapy which put an end to the constant 10/10 migraine she’d had for over a year and which somewhat helped her brain fog. Other than that, her only other successes after 15 years of effort were sleep medications that helped her fall asleep (but did not result in refreshing sleep), magnesium, which helped somewhat with muscle pain (but not with exertion-induced muscle pain) and stretching, which mildly helped her improve muscle strength.

Nevertheless, the change in her health was dramatic. Removing some of her spinal fluid resulted in a 3-week remission of POTS and, to lesser extent, ME/CFS.

For the first time since she became ill, she was able to clearly differentiate between her POTS and her ME/CFS symptoms. She still felt fatigue and pain after walking too much, but for the first time in years she had no need sit while at a store. The lightheadedness she often felt while standing disappeared.  After having had to use a computer while lying down in bed, she could now sit up at a desk for hours. Her brain fog had substantially lifted and her mind felt clear.

The POTS and partial ME/CFS reprieve lasted three weeks and then disappeared. Noting the changes the spinal tap had evoked, her doctor tried Topamax, which produced another of her strange reactions: instead of energizing her, it put her into a coma-like state. She’s been back to 3-4/10 functionality ever since. 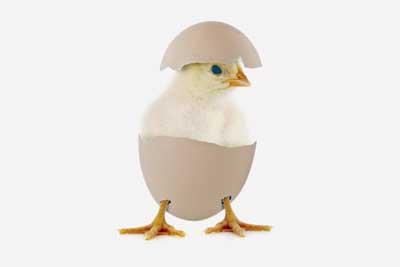 If you’ve experienced a dramatic (but unfortunately temporary) improvement please tell us what happened in the poll.

Do you have your own temporary remission story that lasted two weeks or more?  Total recoveries are not necessary but dramatic improvements are – say 4-5 points on the IACFS/ME’s functional scale.

If you’ve undergone dramatic improvements which temporarily dramatically improved your health, please let take the poll. We’ll put together a report which focuses on the treatments which worked, how large the remissions were, etc. 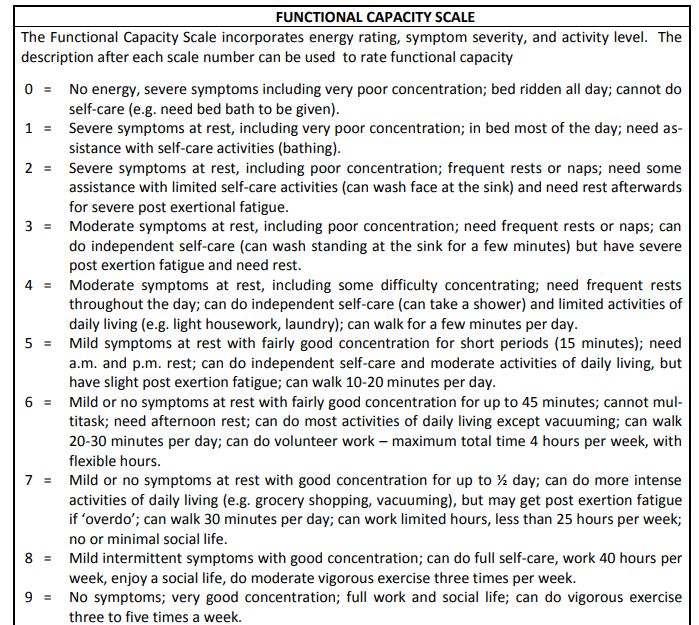