Why We Sleep Pt II: Walker on the Dark Side of Sleeping Pills – Plus a CBT That Works?

Please note that Walker does not discuss chronic fatigue syndrome or fibromyalgia in his book, and this blog does not specifically pertain to either disease: it is not meant to be a prescription for sleep for either disease. (That will come later in the sleep series.) Rather, it’s a general overview of sleep topics from a leader in the field as Health Rising starts its Sleep Series.

This is the second part of a two-part series reviewing Matthew Walker’s book “Why We Sleep: Unlocking the Power of Sleep and Dreams” . Walker PhD, is a Professor of Neuroscience and Psychology at the UC Berkeley, and the founder and director of the Center for Human Sleep Science. He’s co-authored over a 100 sleep studies.  A self-proclaimed “Sleep Diplomat“, Walker has been on a mission to convince the world to take sleep more seriously.

The most controversial chapter in Walker’s book is undoubtedly the one on sleeping pills. During an interview he said the publisher assiduously fact-checked that chapter, in particular, to avoid being sued by the pharmaceutical companies.

Approximately 10 million people take some sleep aid every month and the numbers rise as we get older. One estimate suggests that 20% of older Americans regularly take sleep drugs. People in the U.S. spend $30 billion dollars a year on prescription drug and over-the-counter sleep remedies. 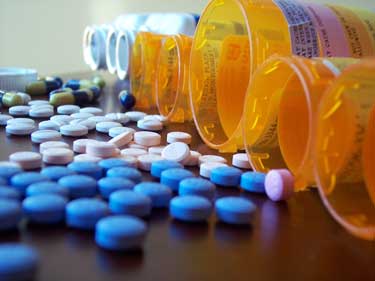 Walker is not a fan of sleeping pills.

Walker isn’t having it, though. If he had his way, one gets the feeling all sleeping pills would be removed from the market. Sleeping pills, he bluntly states, at the beginning of the chapter, “do not provide natural sleep, can damage health, and increase the risk of life-threatening diseases”. Ouch.

In fact, Walker doesn’t believe these are “sleeping pills” at all. They’re basically sedating agents or knock-out drugs.  The older sleep drugs, such as diazepam, basically did knock you out, but Walker doesn’t believe the newer sleep drugs are much better. They don’t improve sleep – they simply shut down the higher regions of our brains’ cortexes.

(This is not quite true. Some studies suggest that Ambien, for instance, improves spindle activation and short-term memory. Studies suggest that sleep drugs do improve total time asleep, reduce time to fall asleep, etc., and that people may feel better using them; i.e. they experience more restorative sleep.)

Walker’s assertion that these drugs can’t reproduce natural sleep is borne out in the grogginess, forgetfulness and slowed reaction times during the day that some people experience with them.

There’s also the potential problem of “rebound insomnia” in which insomnia worsens when one stops the drugs, as well as possible problems with drug withdrawal.

Walker goes further, suggesting that the drugs don’t do a great job of inducing real sleep, though. He asserts that they’re actually dangerous.

(The participants were age and gender, smoking, body mass index, ethnicity, marital status, alcohol use and prior cancer matched people; i.e. none of these other factors could have caused the increase in death rates.)

Given the important immunological boosts, which occur during natural sleep, but which Walker implies don’t take place with sleep drugs, he suggests that higher rates of infection may contribute as well.

Instead of going down, as one would expect from a helpful drugs, most studies show mortality rate increasing when sleeping pills are used. (Image by Mediamodifier from Pixabay.)

But doesn’t having a sleep disorder, by itself, increase one’s risk of mortality or of coming down with a disease? Throughout his book, after all, Walker has harped on the dangers of not getting a good night’s sleep. Maybe it’s the poor sleep, not the drugs, which is causing the increased mortality and other issues.

So what to do about insomnia and/or poor sleep? Walker has spent hundreds of pages attempting to convince everyone how important sleep is. He’s just skewered the most common sleep remedy – sleep drugs. After all that, Walker’s prescription for good sleep comes as something of a letdown. It’s called sleep hygiene, and if that doesn’t work, there’s CBT-I (cognitive behavioral therapy for insomnia).

Many people have heard of sleep hygiene which involves preparing a good environment for sleep – the consistent sleep times, the darkened, cooled room, turning off digital media (avoiding blue light), using the bed only for sleep, avoiding napping after 3 pm, avoiding caffeine and alcohol, taking a warm bath before bed (to cool down your core), relaxing before sleeping, getting out of bed if you’re not sleeping.

That’s all good, but there is a more powerful approach. Virtually every sleep drug mortality study suggested that insomniacs turn to a therapy – the name of which will likely to raise the hackles of many people with ME/CFS – cognitive behavioral therapy for insomnia (CBT-I) instead of drugs.  In 2016, in fact, the American College of Physicians recommended that CBT-I, not sleep drugs, be used as a “first-line” treatment for insomnia.

CBT-I is more effective and produces less side effects. Plus, you don’t have to worry about kicking off early or developing Alzheimer’s or other diseases. It is, however, more difficult than taking a pill.

Sleep drugs are generally recommended only for short-term use. 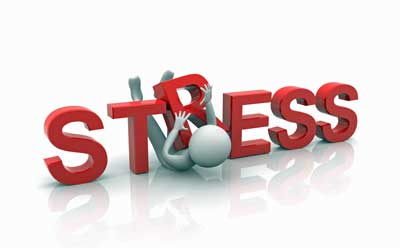 A hyperactive sympathetic nervous system makes it difficult to relax enough to get good sleep.

Not only do the vigilance centers of the brain remain on guard in insomnia, but the sensory gates that usually stop the flow of stimuli to the brain remain open. When people with insomnia do get to sleep, their sleep tends to be shallower and is more punctuated by awakenings, and they tend to wake up feeling unrefreshed – a common experience in FM and ME/CFS.

CBT-I studies have not, to my knowledge, been done in ME/CFS but in general (2 positive, 1 negative study) have had positive results in fibromyalgia.

CBT-I uses a variety of behavioral techniques and practices to, among other things, calm the fight-or-flight response down. They include sleep hygiene and go well beyond it. The practices can include such things as:

Keeping a Sleep Diary – check out an example from the National Sleep Foundation.

Sleep Restriction Therapy (SRT) –  SRT has been called the “most effective sleep hygiene technique” available. That’s the good news. The bad news is that it’s also the toughest one and can in the short term (weeks!) actually make your sleep temporarily worse. Still, many swear by it.

In sleep restriction therapy, you determine how much sleep you’ve been getting (a minimum of 5.8 hours), set a wake time and a bedtime that will allow you to get that much sleep, and then stick to it through thick and thin. No napping is allowed. Over time, sleep will hopefully even out, your circadian rhythms will return to normal, and you will experience more refreshing sleep.

Stimulus Control Instructions – A sleep behaviorist identifies factors that may be inhibiting good sleep (doing things other than sleeping in your bedroom, avoiding caffeine, etc.).

Cognitive training aims to reduce thoughts that interfere with sleep. These include catastrophic thoughts around not getting a good night’s sleep, attempts to stop trying to get to sleep, practices to stop worrying about sleep.

Acceptance and Commitment Therapy– this rather Buddhist approach of non-judgmental acceptance of what life brings us has been called the “third wave of cognitive behavioral therapy”. It’s different from CBT-I in that it doesn’t attempt to change thoughts. Rather, the goal is to “just notice,” accept, and embrace your thoughts and feelings – especially negative ones – leaving one at peace and ready to take the appropriate actions. It can be summed up with this acronym: ACT. Accept your reactions and be present; Choose a valued direction; Take action.

Paradoxical Intention – involves staying awake as long as you can (!), thereby removing the anxiety that keeps you awake.

Biofeedback – a biofeedback device can help reduce muscle tension and heart rate, and help you relax. 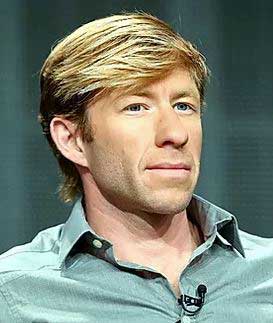 Walker provides no magic bullets for improving sleep but does provide some practices that may help.

Walker’s goal was to wake up the general population about the importance of sleep, and the downsides of sleep drugs.  (He does not acknowledge that sleep drugs can increase sleep time, etc. and have some other benefits. Nor does he address more severe sleep disorders.)

On the other hand, Dr. Bateman has said that 80% of her patients do things that hurt their sleep, and any technique which ramps down the “fight-or-flight” response could be helpful for sleep. There’s clearly opportunity for improvement for some.

The many, many other things people try for sleep – from raising the head of one’s bed, to supplements, to cannabanoid products, to bio-rhythm devices, Walker leaves untouched. In short, Walker plays it safe and sticks to the information found in scientific journals.

Nor does he speculate about future drugs. He’s more interested in digital advances that could pinpoint optimum temperatures for sleep or light bulbs which could optimize wave-lengths for sleep. Rather surprisingly, he doesn’t hold sway on the efficacy of sleep tracking devices.

Still, Walker’s main point – that getting good sleep is an important part of health – is well made.