Is Ron Davis’s ME/CFS Collaborative Research Center at Stanford Poised for a Breakthrough? 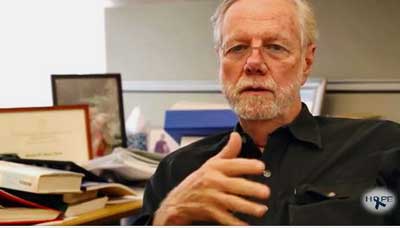 With several technological hurdles behind them, Ron Davis’s team at the ME/CFS Collaborative Research Center at Stanford is ready to get back to full-time lab work….when Stanford University allows them.

Ron Davis’s Stanford ME/CFS Collaborative Research Center is itching to get back to full-time lab work. It’s not that Davis and his group haven’t been working. Janet Dafoe described constant Zoom calls with ME/CFS researchers, a bevy of grant applications have been completed, put some researchers – with proper social distancing – are back in the lab. The lab, though, is on the cusp of getting some long sought work done. The groundwork – some of it years in the making – has been laid for a major step forward in several areas.

The problem has been technological in nature – which is not a bad thing, as developing new technologies has kind of been Davis’s forte. The mission of his Stanford Genome Technology Center, after all, is to “develop new technologies to address important biological questions that otherwise would not be feasible”.

Davis has won numerous prizes for his work over the years, and was called one of nine top inventors that history will remember in the areas of technology, science, medicine, etc. One colleague reported that “A substantial number of the major genetic advances of the past 20 years can be traced back to Davis in some way.”

Davis’s motto seems to be: “if we don’t have the technology – we’ll just create it.”

The really big news is a new nanoneedle. The nanoneedle was originally designed as an “ultra-sensitive, real time” biosensor designed to cheaply detect biomarkers such as proteins inside (or outside) cells at a far more sensitive level than had ever been done before.

It was then reconfigured for ME/CFS as a kind of diagnostic, drug screening and biological testing tool. That was a bit of an overwhelming load for a tool that was still being perfected. The nanoneedle’s inability to keep up with the demand meant that its full potential wasn’t nearly being reached. A dramatic upgrade was needed.

That has happened. The nanoneedle has been redesigned and sent to a manufacturer in China and one in the US to produce. Where it could test one sample and one control at a time, it can now test 100. That kind of production is essential for the nanoneedle to be able to test the wide variety of drugs Davis wants to test, and to run the multiple samples needed to try to uncover the mystery element that seems to be bollixing things up in the blood of ME/CFS patients.

Davis is waiting for the return of the new nanoneedle – and the ability to test patient samples again. Unfortunately, production has been halted due to the pandemic. Only recently, has the Chinese company that could make been reopened, but there is no set delivery date. Still, it’s on its way. 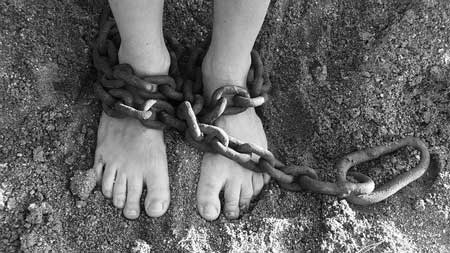 A new “toy” will allow researchers to better understand if people with ME/CFS have gotten trapped by their own metabolism (Image by Public DomainPicturesfrom Pixabay.jpg)

Robert Phair’s Metabolic Trap hypothesis introduced numerous technological challenges, some of which have recently been resolved with the purchase of a high-pressure liquid chromatography (HPLC) instrument. Davis is confident they will make good progress assessing the hypothesis once they can start testing patient samples again. Several years after the Phair hypothesis was introduced, Davis remains hopeful that the hypothesis could explain much about ME/CFS.

Peidong Shen, at the Stanford Genome lab, has developed a fast, inexpensive, breakthrough technology, called “multiplex targeted sequencing” that can simultaneously target and sequence small sections of DNA from any source. Targeted multiplex sequencing allows researchers to look for mutations in individual genes or the presence of a large variety of organisms that could be present. 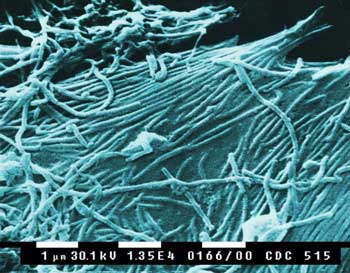 With regards to ME/CFS, this new technique allows Stanford researchers to assess the presence of RNA viruses, such as enteroviruses. These viruses are tricky to measure because RNA gets rapidly degraded in the blood, but are responsible for several diseases such as Ebola: polio; hand, foot and mouth disease; as well as the common cold.

Enteroviruses actually have a long history in ME/CFS. Enteroviruses were amongst the first viruses thought to be associated with ME/CFS. More recently, Dr. John Chia has found enteroviruses in gut samples of ME/CFS patients and believes they may play a key role in this disease. In what Davis called a “very difficult” project, Davis’s Stanford lab is now able to simultaneously look for 17 RNA viruses in ME/CFS samples.

Davis doesn’t suspect that RNA viruses are going to pop up in high numbers in ME/CFS patients, but RNA viruses are another possibility that must be investigated, and now they will be – once they can start testing patients again. (Shen has also created a fast and cheap COVID-19 test that takes 40 minutes to process and can be used in the lab to allow them to go back to work safely.)

A new research thrust has emerged, courtesy of Chris Armstrong, PhD – an Australian researcher who’s been working with the Open Medicine Foundation (OMF) over the past year. Several years ago, Armstrong said he was “looking for Waldo” but wouldn’t say what Waldo was. All we knew was that something was not adding up for him in the metabolite results. That something was apparently nitrogen. 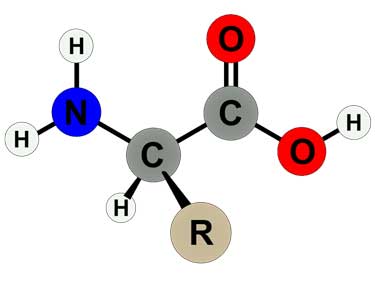 Amino acid structure -could the nitrogen that’s released from the breakdown of amino acids – be showing up in ME/CFS patients cells as ammonia?

Metabolomic studies suggested that people with ME/CFS were using amino acids for fuel at a faster rate than healthy controls. That was odd – as amino acids are usually used for fuel at an elevated rate during a stress response or starvation. When you’re starving, for instance, your body will save your carbohydrates for the brain and immune system, the rest of the body will go after your fats, and only then does it begin to break down your muscles and connective tissues.

Carbohydrates and fats are made of carbon, hydrogen and oxygen, during energy production they combine with oxygen you breath to become carbon dioxide (1 carbon and 2 oxygens) and water (2 hydrogens and 1 oxygen).  Amino acids can provide fuel also as they are made of carbon, hydrogen and oxygen, but doing so introduces a problem because amino acids are also made of nitrogen atoms. Because the nitrogen is not burned, it has to be eliminated – and is usually eliminated as urea.

Armstrong recently received a donation to assess over 10,000 molecules in biofluids and cells to track nitrogen flows through the energy production system in people with ME/CFS and healthy controls. Health Rising will devote a full blog to this hypothesis in the future.

The Stanford ME/CFS Research Center has a lot of possibilities to explore, but the big hold-up right now is the ability to test patients. Stanford will not give Davis permission to bring patients into the lab. He tried to set something set up in the parking lot that would minimize contact, but Stanford wouldn’t go for it because they might accidentally drip blood on the asphalt! (Yes, Stanford is very conservative. There is no telling when Stanford will allow patients back in, but it will likely be some time.

Lastly, while COVID-19 has shut down much of the lab work, it has had one significant silver lining – more time to write grants, papers and analyze the multitudes of existing data. Davis’s group applied for six Congressionally Directed Research Programs (CDMRP) grants – four of which made it through the first hurdle and are moving forward.

Ron Davis organized and conducted his 4th Annual ME/CFS Working Group Meeting on the Molecular Basis of ME/CFS, this time over Zoom. The Zoom format stopped researchers from gathering in person but it also allowed Davis to greatly expand the number of researchers attending the meeting. One hundred and fifteen ME/CFS researchers “sat in” four days of talks by presenting unpublished and preliminary results. (That was an impressive number. I didn’t know we had that many researchers!). Janet Dafoe reported there was much interchange, and a focus on diagnosis, treatment, prevention and a cure.

Nancy Klimas at the Institute for Neuroimmune Medicine (INIM), Bhupresh Prusty of the Institute for Virology and Immunobiology in Germany (now working with Bob Naviaux), and Vicky Whittemore of the NIH all presented.

Plus, some newer faces gave talks. Dawei Li received a Solve ME/CFS Initiative Ramsay Award to search for genome-wide endogenous retroviruses (ERVs). Andrew Grissom, geneticist on Maureen Hanson’s team and Arnaud Germain, another Cornell researcher on Hanson’s team (who recently published a metabolomics study on ME/CFS), talked. Two-minute lightning talks were given by the developer of the nanoneedle, Rahim, Alan and Kathleen Light, Dr. Seline (T-Cells) and others.

The Open Medicine Foundation funded ME/CFS Collaborative Research Center at Stanford is in an interesting place. They’re on the cusp of getting some major work done – and have access to some lab samples – but won’t be able to fully get going until Stanford University allows patients into the lab. When that happens, a faster, more effective nanoneedle, the emergence of a new, better way to assess the Metabolic Hypothesis will give Davis’s team will the ability to move forward on several key initiatives. Plus we’ll have a blog out within the month or so on the new thrust by the lab.

Unfortunately you can’t predict breakthroughs. We don’t know what these initiatives will produce – we never do – but the ability to move forward more quickly on them is good news indeed. Davis remains convinced that a cure is possible.