Starving for Energy? and The Immune Hole That Produced ME/CFS?- The IACFS/ME Conference Reports Pt. II

The IACFS/ME Zoom 2020 Conference may have been a short 1-day affair, but it featured some really intriguing presentations. Health Rising reported on some startling results from Marvin Meadow’s oral rehydration studies earlier.

The Immune Hole That Produced ME/CFS? (and who knows – maybe long-hauling as well)

Somehow Lenny Jason got a hold of some recovery data from the 1918 flu! The data suggested that 20% of those affected may not have fully recovered, and fatigue was one of the most common consequences. Jason pointed out that fatigue is a common result of post-infectious illnesses. Almost 30% of those who survived the Ebola virus, and over 40% of those who survived the first (and more deadly) SARS virus reported severe fatigue.

First there were the groundbreaking Dubbo studies. Then came the Taylor/Jason/Katz effort to follow 301 adolescent patients with infectious mononucleosis (IM) for several years. They found 13% met the criteria for ME/CFS at 6 months, 7% at 12 months and 4% at two years. 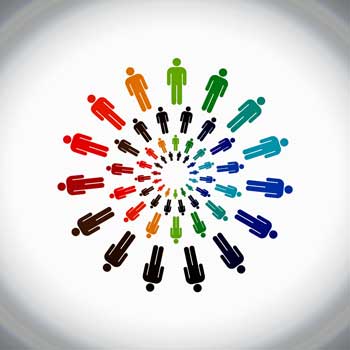 Now, Jason and Katz are presently in the midst of what appears to be the largest post-infectious illness study ever. This study, which began 7 years ago, has been tracking 4,500 college students. The goal – to wean out those who come down with infectious mononucleosis/glandular fever, and to determine why some came down with ME/CFS. It’s been a massive effort.

They found that about 5% of college students (@200) came down with IM.  Of those, eight percent still had severe symptoms at 6 months.

Jason’s study is unique in that he collected samples from the students before they became ill with IM, and eventually ME/CFS. That meant he had the opportunity to assess factors which opened the door to ME/CFS.

Everyone who has come down with these illnesses has wondered: what happened? Why me? This is the first time, that I know of, that a study has the potential to answer these questions.

The Immune Hole That Caused ME/CFS?

Jason reported that his study revealed a possible immune hole which may have allowed people with IM to progress to ME/CFS. The study – which has been submitted to a journal – found reductions in three immune factors: IL-5, IL-6 and IL-13 – in the college students who went onto develop ME/CFS. 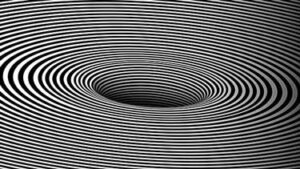 Could Jason have uncovered the immune hole which got things going in ME/CFS? (Image-by-dric-from-Pixabay))

That’s potentially big news. No one, to my knowledge, has been able to identify a possible immune hole in people who were healthy and then went on to develop ME/CFS. This is not the end of the analysis. Individual cytokines can only tell us so much. Cytokine network analyses, on the other hand, can show how entire immune networks have been shifted. Jason reported that he will next do cytokine network analyses.

That’s just the beginning of Jason’s post-infectious work, though. Next, Jason will analyze samples taken after the students came down with IM to see if he can identify key changes which directly led to an ME/CFS state.

ME/CFS isn’t the only post-infectious illness around, though. When COVID-19 hit, upon re-contacting the students, Jason found that about 5% of them had become infected with the coronavirus. Now he’s doing the same thing with them that he did with ME/CFS: he’s analyzing their baseline (before illness) samples to see if he can find clues to why some of them became long haulers. Then he’ll assess their post-infectious samples to dig for more clues as to why some of them are not recovering.

Jason, then, is now able to do two unique things: a) he’ll be able to look for immune holes that were present in those who came down with ME/CFS after either post-infectious mononucleosis or COVID-19; b) then he’ll try to track down what changed as they became ill. Plus, he’s doing this in the same cohort of original participants. If all goes well, he’ll be able to report to us if the long haulers have the same (or different) susceptibilities to ME/CFS that ME/CFS patients who had infectious mononucleosis do, and he’ll be able to determine if their diseases progress in the same way. Jason will be following the COVID-19 group for several years.

It’s a fantastic opportunity that was set up by Jason’s decision to focus on post-infectious illness seven years ago. It’s no surprise that an ME/CFS researcher has a leg up on the other COVID-19 researchers. This has been a topic of major interest in ME/CFS for years.

Jason noted that a large Body Politic COVID-19 Support Group survey indicated that 90% of those who took the survey had not recovered after 40 days.

It’ll be fascinating to see if a similar “immune hole” shows up in the infectious mononucleosis ME/CFS group and the COVID-19 long haulers, or if something different is at work with another type of infection.

Q and A Period

During the Q&A, Leonard Jason pointed out (once again) that we are a field – maybe the only field – that doesn’t have a validated case definition. That problem results in incredible heterogeneity in our samples (the wastebasket diagnosis problem) – which, of course, skews findings and makes researchers and drug companies loathe to enter this field. Jason believes our inability to find markers is probably in large part due to our inability to create a solid case definition.

He was also asked how aggressively an ME patient should pursue a mold diagnosis. He replied that mold is a *critical factor for ME* and it could be a predisposing factor for COVID.

Another year and another Norwegian researcher digging into the energy problems in ME/CFS. Just last year, Dr. Katarina Lien published a groundbreaking study demonstrating that people with ME/CFS are indeed producing increased levels of lactate (a toxic byproduct of anaerobic production) during exercise in ME/CFS. Now, here comes Dr. Ina Katrine Petterson, another Norwegian researcher focused on energy production (or the lack of it) in this disease.

Dr. Petterson is from the University of Bergen and is closely with the University of Haukeland – apparently with Fluge/Mella’s Haukeland ME/CFS team – which is not a small team at all. You might think that Fluge and Mella had gone to greener pastures after their long term exploration of Rituximab in ME/CFS didn’t work out – but not at all. 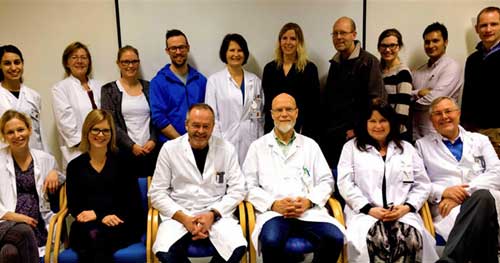 Fluge and Mella’s Norwegian group continues to be quite prolific.

Just this year they’ve published two studies on ME/CFS (a successful open-label cyclophosphamide trial, an HLA allele study – which pointed at immune abnormalities) and a study on cancer fatigue (which found low levels of tryptophan in the fatigued group. They published three more studies last year. The Fluge/Mella ME/CFS team is actually more prolific than ever.

In a nice big study, Dr. Petterson assessed the amino acid metabolites in 255 participants (153 – ME/CFS, 102 – healthy controls). In the central energy pathway, in a process called glycolysis, glucose is first transformed into pyruvate (and a little ATP) in the cytosol of the cell.

The glycolytic cycle… was fine.

Pyruvate is then transformed by pyruvate dehydrogenase (PDN) into actetyl CoA in the mitochondria. Acetyl CoA then enters the TCA cycle, and when all is done, out pops a lot of ATP.

Where the problems in this two-part energy cycle (glycolysis/mitochondria) are occurring – if they are occurring – in ME/CFS is the big question. As several other studies have found, Peterson found no evidence of impaired glycolysis; i.e. glucose appeared to be catabolized into pyruvate in normal amounts.

Next amino acids (lys, leu, try, phe, tyr.) needed to be catabolized into acetyl-CoA in order for the energy production pathway to proceed. Here, Peterson found a breakdown – lower levels of amino acids associated with this pathway than expected. This was important, as an inhibition of the PDH enzyme can lead to reduced energy and increased production of lactate – which was recently found in ME/CFS. 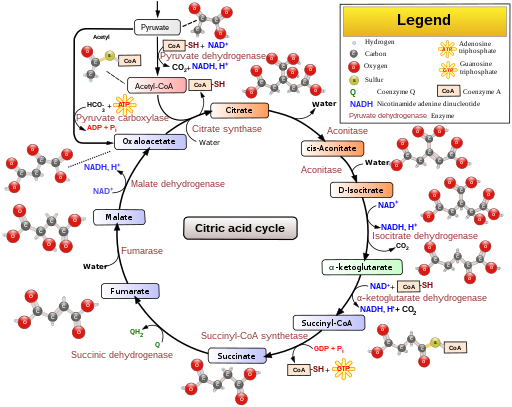 The citric acid cycle – the main producer of energy in the body – was not.

She also found lower levels of amino acids (called anaplerotic amino acids) necessary for the production of the TCA cycle.

Next, she looked at gene expression to try to explain the PDH inhibition – and it did. The expression of genes associated with PDH enzyme inhibitors called PDKs (pyruvate dehydrogenase kinases) was increased. It appears that the PDKs were preventing pyruvate from being catabolized into elements needed to keep the TCA cycle running at full blast.

That meant the cell had to compensate – find other factors to keep the TCA – or aerobic energy cycle – functioning.

To test that hypothesis the team developed cell lines featuring increased PDK expression and then assessed the metabolites the cell lines produced. They found, as expected, that increased levels of fatty acids were being broken down to feed the aerobic energy production cycle. Other studies have had similar results.

Intruder in the Blood 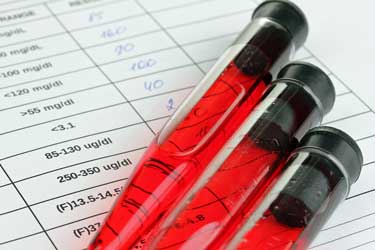 Something in ME/CFS patients blood appeared to be causing the mitochondria to work extra hard – and produce more lactate.

Next came a really fascinating part. Some evidence from Fluge and Mella’s team, and Ron Davis’s team, has suggested that something in the ME/CFS patients’ blood is interfering with energy metabolism. Next, Peterson’s team placed muscle cells into the serum from ME/CFS patients and the serum from healthy controls for six days.

Lastly, Dr. Petterson suggested that the energy production picture in ME/CFS was akin to what is seen during starvation: glucose utilization drops, ketone bodies soar and fatty acid levels rise.

What could be causing this? An immune response, producing metabolic stress, that is locking people with ME/CFS into a kind of metabolic starvation mode – a finding that smacks of Naviaux’s Dauer or hibernation hypothesis for ME/CFS. The energy production problems in ME/CFS are not homogeneous, though:  another study suggested that several metabolic subgroups exist.

Dr. Petterson also reported that both genetic and metabolomic studies are underway. The Bergen group is clearly rocking.

Jason’s decision to collect samples before the college students came down with mononucleosis paid off when he discovered that the students who came down with ME/CFS appeared to have an “immune hole”; i.e. lower levels of three cytokines.

COVID-19 came at just the right time for Lenny Jason. The cohort of 4500 students he ready to study when the pandemic hit – is allowing him to do something very unusual -trace the development of two post-infectious illnesses, in the same cohort no less, at the same time.

Jason will be analyzing samples taken at baseline – before the students became ill – and as they become ill in an attempt to understand the immune changes taking place in after both infections.

Jason, then, may be able to help answer one of the biggest questions in ME/CFS and in COVID-19 – why one person recovered when others did not.

Dr. Katrina Petterson of Norway reported on a large effort that is taking place in Norway to understand the energy problems in ME/CFS. Petterson’s analysis of amino acids suggested that glycolysis – the first part of the energy production pathway – is doing just fine. When it comes time to catabolize pyruvate to acetyl-CoA – in the second part of the pathway which takes place in the mitochondria, though, things are going off-kilter.

It appears that an inhibitory enzyme called pyruvate dehydrogenase kinase is interfering with the catabolism of pyruvate. That’s forcing the citric acid or TCA cycle to compensate by breaking down fatty acids – a less efficient substrate – something that is seen in starvation.  Petterson proposed that some sort of immune response that is causing metabolic stress is responsible.

Using ME/CFS serum and cultured muscle cells Petterson also helped to validate one of the most intriguing possible aspects of ME/CFS to show up in recent years: the idea something in ME/CFS patient’s blood is causing problems.  That something appears to be causing the mitochondria to work extra hard producing more lactate – a toxic substance.

Last Chance to Participate in the High Dose Thiamine Survey!