One of the great questions facing chronic fatigue syndrome (ME/CFS) is whether many COVID-19 long haulers will come down with an ME/CFS-like condition. Anecdotally, it appears likely that they will. A few, isolated studies are beginning to suggest the same. Recently, a case report “Post COVID-19 syndrome associated with orthostatic cerebral hypoperfusion syndrome, small fiber neuropathy and benefit of immunotherapy: a case report” suggested that not only will COVID-19 at times turn into ME/CFS, but into orthostatic intolerance and small fiber neuropathy as well.

In “Post COVID-19 syndrome associated with orthostatic cerebral hypoperfusion syndrome, small fiber neuropathy and benefit of immunotherapy: a case report”, Novak reported on the case of a 64 year-old-woman who presented with a cough and shortness of breath. 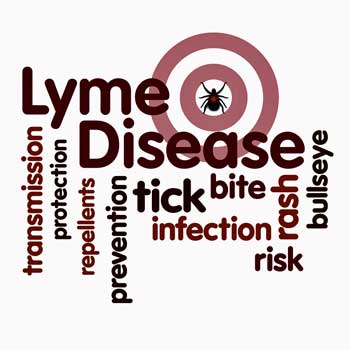 Her first post-infectious illness was triggered by a Lyme bacteria.

The woman had apparently been healthy until 4 years prior when a tick bite produced a bulls-eye rash, arthritis-like symptoms and swollen lymph nodes. She was quickly treated with antibiotics, but several months later relapsed, leaving her with headaches, severe pain, disabling fatigue, dizziness, brain fog, mood swings, and burning sensations in her arms and legs.

She was lucky in that she saw Peter Novak MD, PHD – the Chief of the Division of Autonomic Neurology and Director of the Autonomic Laboratory at Brigham and Women’s Hospital (Harvard). Novak had recently uncovered a new kind of orthostatic intolerance and he put her through an autonomic nervous system workup.

The blood flows to her brain, though, declined dramatically upon standing, indicating that she had orthostatic hypoperfusion syndrome (OCHOS) – which Visser, Rowe and Van Campen have recently reported in ME/CFS.

She also tested positive for small fiber neuropathy (SFN), which appeared to be causing the burning sensations. She next got the full antibiotic treatment (rifampin, ceftin, cefdinir).

In short, she looked very much like an ME/CFS/FM patient. Despite the fact that several months had elapsed between her original infection and her relapse, she clearly had a post-infectious disease and was diagnosed with Post Treatment Lyme Disease Syndrome (PTLDS).

Over the next year, she apparently improved substantially. One year later, Novak simply reported she had moderate headaches, which occurred about twice a week. 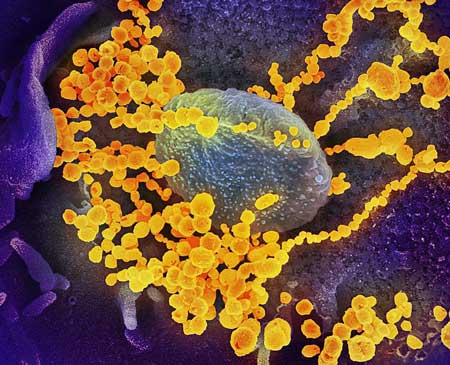 The SARS CoV-2 virus triggered her next post-infectious illness

Then she got COVID-19. First she experienced shortness of breath and cough. Several days later, after both of those worsened and she developed a fever, an x-ray indicated she had viral pneumonia, and she tested positive for SARS-CoV-2. She was treated with hydroxychloroquine and azithromycin and responded well to both: within a week, she was close to baseline.

Then it got really interesting. Once again, she responded to therapy and appeared fine but then two weeks later, she experienced severe leg pain, burning sensations on her feet and hands (probably from small fiber neuropathy), strange sensations (twitching and vibration feelings at her face), blurred vision, headaches, brain fog, forgetfulness, chronic fatigue, orthostatic dizziness and urinary incontinence. Repeated tests for the SARS Cov-2 virus were negative – she had fought off the virus: something else was causing her symptoms.

She was suspected of having an autoimmune reaction and intravenous immunoglobulins (IVIG) was prescribed (2 g/kg monthly for 2 months, decreased to 1 g/kg monthly due to the IVIG-induced headaches). Her leg pain, brain fog, urinary problems and blurred vision completely resolved and her headaches and fatigue improved by 50%.

Check out an overview of IVIG effectiveness in these diseases.

(Another case report “Dysautonomia: An Overlooked Neurological Manifestation in a Critically ill COVID-19 Patient” also focused on dysautonomia in COVID-19.)

The Wall Street Journal just reported the majority of the more than 300 long-Covid patients being seen at the Mount Sinai Health System in New York City have “developed a dysautonomia-like condition” and that 90% of patients report experience exercise intolerance, fatigue and elevated heartbeats and 40% to 50% experience gastrointestinal issues, headaches and shortness of breath.

Note how similar this woman’s post-COVID symptoms (severe fatigue, dizziness, brain fog, burning sensations, etc.) were to her post-Lyme symptoms. It appears that despite the difference in the pathogens, one a bacteria and the other a virus, both infections triggered a similar response. That’s what the Dubbo studies found with a variety of pathogens in ME/CFS – and that’s good news for everyone hoping that COVID-19 long haulers will help reveal what’s happening with ME/CFS.

Novak noted that both the reduced blood flows to the brain (OCHOS) and small fiber neuropathy (SFN) this woman experienced twice may have immune roots, and that “theoretically both may respond to immunotherapy.” That’s a more than an intriguing notion given that both OCHOS and SFN appear to be pretty common in ME/CFS, FM and POTS.

The emerging focus on autoimmunity in COVID-19 highlights yet another potential silver lining from the pandemic: to understand better how an infection turns into an autoimmune disease. It could even help uncover autoimmune processes that may be at work in ME/CFS, FM and POTS.

The Autoimmune Question in COVID-19…and ME/CFS?

“It appears, therefore, that neurological manifestations of COVID-19 are not caused by direct cytopathic effects but indirect immune-mediated mechanisms targeting various unknown elements of the nervous system.” Lucchese

Just this week, the New York Times reported that:

“An autoimmune response “may also explain why so-called “long haulers” have lingering problems months after their initial illness has resolved and the virus is gone from their bodies.” 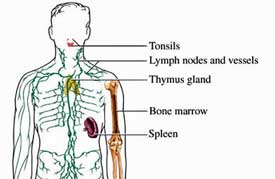 The progress she made from IVIG suggested an autoimmune reaction was triggering her illness.

One study found high rates of “autoreactive” cells in patients with severe COVID-19. Another study found high levels of autoantibodies, “mainly against unknown autoantigens in the brain”, in the cerebrospinal fluid (CSF) of patients with COVID-19 with neurological symptoms. One more study – done by “researchers…known for their careful, meticulous work” also found high levels of autoreactive antibodies. Some of the autoantibodies being found also affect blood flows – a possibly key topic in ME/CFS and POTS.

Dr. Akiko Iwasaki, an immunologist at Yale University was not surprised:

“I’m not surprised, but it’s interesting to see that it’s really happening,” and then leveled the kicker: “It’s possible that even moderate to mild disease may induce this kind of antibody response.”

Is it possible that infections often produce autoantibodies which no one has thought to look for? Despite extensive testing, there’s almost no evidence of SARS CoV-2 being present in the CSF. Nor have pathogens been found in CSF testing in ME/CFS. If the brain is being affected, it’s more likely due to some sort of immune response.

The presence of numerous autoantibodies that are targeting as yet unknown brain tissues opens up another possibly fruitful area of inquiry for COVID-19 and for ME/CFS – two diseases loaded with neurological issues.

If there’s an autoimmune subset in ME/CFS, the first task may be finding the autoantibodies and determining what they’re affecting. Time will tell, but COVID-19 studies could conceivably help with that,

A chronically deranged immune response could certainly explain how an infection gets turned into a long-lasting illness, but we’re still in very early days with COVID-19. At this point, autoimmunity is just one possible explanation of the long-hauler phenomenon.