The muscles, the mitochondria and fibromyalgia – what a potentially potent mix. Over the past six months, at least three fibromyalgia muscle studies have popped up. (Health Rising has reviewed all three). Plus, a study examining energy production problems in fibromyalgia (FM) just appeared.

Evidence of muscle problems in FM has been piling up. (Image by Ryan Hoyme from Pixabay)

Gerdle had last studied energy metabolism in FM in his 2013 study, “Decreased muscle concentrations of ATP and PCR in the quadriceps muscle of fibromyalgia patients–a 31P-MRS study – PubMed (nih.gov)“. That study found substantially reduced muscle ATP and phosphocreatinine (30%) concentrations in the quadriceps muscle. It concluded that the abnormalities probably resulted from a combination of inactivity and dysfunctional mitochondria.

The authors, though, seemed to be reaching a bit with the inactivity conclusion. The (rather simple) activity assessment they used in the study indicated that the FM patients and the healthy controls had similar activity levels.

Despite the fact that the BMIs (body mass indices) of the two groups were similar, they also suggested that the higher intramuscular fat levels found in the muscle may have the reflected the higher percentage of obese individuals in the FM group.

After suggesting that fat, inactive FM patients may be contributing to their findings, the authors swung, though, to a fascinating possibility – that even though they were less active, FM patients might still be “overusing” their muscles.

The authors, it should be noted, also suggested that mitochondrial problems could be causing the reduced muscle ATP and PCR concentrations, and the increased concentrations of lactate and pyruvate that some studies have found.

To be fair, the authors simply seemed to be covering all the bases. More than anything, with these researchers swinging from one hypothesis to the other, this 2013 study simply seemed to show how in flux the muscle field of FM was.

What was causing the strange muscle findings in FM? Was it inactivity, abnormal muscle activation patterns, mitochondrial issues or all of the above? Nobody knew.

Seven years later, the group published a study designed to make up for shortcomings in FM muscle studies. It was larger (n=64) (but not all that large), assessed metabolic status in two places (trapezius, erector spinae muscles), assessed blood flows, and used more comprehensive statistics.

Sometimes it’s hard to tell if a field is making progress. Eight years later, it’s clear that step by step, study by study, this aspect of fibromyalgia research has made real progress.

The time, the authors lead off the discussion with the rather definitive statement:

“FM was clearly associated with higher levels of pyruvate and lower levels of ATP and PCr, a finding that suggests muscle mitochondrial dysfunctions in FM.” 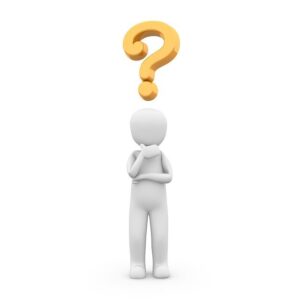 The more sophisticated analyses the researchers used found that it was biology (lower ATP/PCr, PCr/Ptot, Pi/PCr), rather than something like obesity, which differentiated the FM patients from the healthy controls. Plus, this time, abnormalities found were clearly associated with increased pain.

Noting that this was the fourth study to find so, the authors reported that FM “seems” to be associated with increases in pyruvate and lactate – two products of glycolysis.

The higher levels of pyruvate and lactate (a breakdown product of pyruvate) found in the FM patients’ muscles suggest that pyruvate is not getting properly metabolized, thus depriving the mitochondria of the fuel they need.

The lower levels of ATP and phosphocreatine (PCr) found in the FM patients validated that idea. (PCr is important for the muscles as it “shuttles” a phosphate from ATP to the them).

There seems to be increasingly little room for argument over whether ATP levels are affected in FM. The authors noted that low ATP levels have been found in a remarkable array of FM patients’ tissues, including several times in the muscles, as well as in the skin, plasma, platelets, neuronal cells, and peripheral blood mononuclear cell (PBMCs) (!)

The authors proposed that mitochondrial problems were likely the problem – not just for FM patients – but for others who experience chronic pain. (They also noted that chronic pain is common in people with mitochondrial diseases). They aren’t the first to propose that and, in fact, proposed that possibility in the 2013 paper, but now have much stronger legs to stand on. At least six studies from the past couple of years have come to the same conclusion. That those studies are coming to similar conclusions from different directions (proteomic, metabolomic, urine metabolite studies) – suggest that the finding is a robust one.

When it came to explaining the findings, the authors were, again, at something at a loss. They noted that aging and obesity – neither of which could explain FM (plenty of young people have FM, and plenty of obese people do not) are associated with mitochondrial problems.

Given the possible connection between altered circadian rhythms and mitochondrial activity, they suggested that poor sleep in FM might play a factor. They also brought up the possibility of overactive muscles.

The authors also noted that the low PCr levels were throwing the PCr/phosphorous balance off – affecting blood flows and pain levels. Regression analyses indicated that fifty percent of the pain intensity could be explained by problems with blood flows and the metabolic abnormalities. The phosphorous/PCr imbalance and the increased pyruvate levels were particularly important factors.

In the end, the authors painted a complex picture in which increased oxidative stress, mitochondrial-induced inflammation, a mitochondrial-produced “damage-associated molecular pattern” which triggers inflammation, NLRP3 inflammasomes that tweak sensory neurons, and others could be involved.

In their conclusion, the authors noted that they’d found significant metabolic and blood flow alterations in the muscles of FM, which may result from dysfunctional mitochondria in the muscles. After the pages of dense biological discussion, it was strange to see the authors revert to their tropes from eight years ago.

“Although it is unclear why muscle mitochondrial dysfunctions are found in FM, inactivity, obesity, aging, and pain per se may be involved.”

Perhaps the editors of the journal demanded it.

All of this brings up an intriguing question: With all the evidence of ATP and muscle problems that have been found in FM, why does exercise seem to work – and how well does it work?