Bruce Patterson MD had made a lot of news with his assertion that very high levels of a chemokine called CCL5/RANTES were directing immune cells to go on the attack in long COVID. Patterson’s first study suggested that a weak adaptive immune response to the virus was causing the immune system, in a last-ditch effort, to recruit large numbers of monocytes to take care of the problem, instead.

Having monocytes do the work of T and B-cells is going to cause damage.

The body would be much happier off using the smart bombs T and B-cells bring to the fight instead of the napalm monocytes do. The monocytes are supposed to hold the line until the cavalry – the T and B-cells arrived: they’re not really designed to clean up the mess after their lines have been breached.

In Army parlance, a similar situation in Vietnam called for a “broken arrow -danger close” strike where an artillery strike just around their position was called in as they were about to be overrun. The hope was that the strike would kill enough of the enemy – and still leave your men standing.

Interestingly, in his recent talk at the IACFS/ME conference, Avindra Nath proposed a similar scenario to Patterson’s: he believes a balky adaptive immune response is resulting in “extremely aggressive” pro-inflammatory monocytes going on the warpath and killing one might say, a lot of ‘friendlies”. The problem, Nath said, was finding a way to turn that pro-inflammatory response off. Once that fire is lit it’s apparently hard to turn off.

“A Huge Problem and Major Crisis”: Avindra Nath on Long COVID at the IACFS/ME 2021 Conference

Bindu Paul, Marian Lemle, and colleagues fully agree. They recently proposed that a raging free radical fire was causing long COVID and ME/CFS. Unfortunately, simply taking an antioxidant (or a couple of antioxidants) doesn’t seem to help. A more targeted approach is needed. They believe the hydrogen sulfide pathway might provide the answer. A blog on that is coming up.

To get back to Patterson – Patterson has an interesting idea on how to put the fire out and return long COVID patient’s systems back to normal. His studies – which need to be validated – suggest that these hyperactive monocytes are emitting high levels of a chemokine called CCL5/RANTES which is directing them to the endothelial in the blood vessels where they’re producing a lot of inflammation and doing a lot of damage.

Patterson’s idea is simple: stop the show in its tracks by using a CCR5 antagonist to stop the messenger – CCL5/RANTES – from sending the monocytes to the blood vessels. Patterson’s been using an antiviral drug called Maraviroc (Selzentry (US), Celsentri (EU) to turn the CCL5/RANTES pathway off in long COVID patients.

In 2020, though, Patterson was part of a team that included four executives of the Vancouver drug company Cytodyn. Cytodyn used a different CCR5 inhibitor called leronlimab to treat four critically ill COVID-19 patients. The company reported that the drug helped.

(The financial interest statement appended to the paper, however, was hilarious. Apparently, in an attempt to calm fears that they were being less than objective, the four executives from Cytodyn all swore (scout’s honor!)  that the financial interest their company has in the drug did not influence their work on the paper.)

Patterson took the lead on a 10-person leronimab 2021 COVID-19 trial that also included members of CytoDyn and others, which concluded that “Our study design precludes clinical efficacy inferences but the results implicate CCR5 as a therapeutic target for COVID-19 and they form the basis for ongoing randomized clinical trials.”

Citing their as yet unpublished results, the company reported they were asking the FDA for “breakthrough designation” to move the drug forward

In June of this year, the company announced they’d made progress in treating long COVID. They reported that a 56-person study showed that once-weekly injections of the drug produced “clinically meaningful” results in reducing a bunch of long COVID symptoms. Unfortunately, post-exertional malaise was not one of them but the list was still impressive (cough, stuffy/runny nose, shortness of breath, tightness of chest, feeling of fast heartbeat, fatigue, muscle aches/cramps, muscle weakness, joint pain/swelling, chills/shivering, feeling hot or feverish, difficulty in concentration, sleep disturbance/insomnia, headache, dizziness, tingling/numbness, sense of taste, and sense of smell.)

They provided no data, however, and no papers were published. In the report, Nader Pourhassan, Ph.D., CytoDyn’s President, and CEO stated that

CytoDyn hoped that the FDA would grant them “a Breakthrough Therapy designation” allowing them to move more quickly, “and provide guidance for a Phase 3 trial protocol.”

The good news is that both Patterson and CytoDyn have reported that their CCR5 antagonists work well in long COVID. Since CytoDyn has tested leronimab in the context of a study they may have a leg up. Neither, though, has published their results.  Since Patterson uses a two-drug approach in long COVID it makes sense that using one drug by itself might not produce recoveries. All in all, the report was pretty good news.

If only things were so simple.

The Gang That Couldn’t Shoot Straight

CytoDyn, unfortunately, has quite a checkered past. In fact, CytoDyn has been the gift that keeps on giving for pharmaceutical media reporter Stat News which has feasted on reports of the company’s incompetence and possible malfeasance for several years now.

Things were clearly already bad in July 2020, when, after the FDA refused to allow Cytodyn to even file its application to treat HIV because the application wasn’t complete, Stat News called that “the most damning evidence yet that CEO Nader Pourhassian and other company executives might be misleading investors”. For its part, the company said all that was required were re-analyses of its data and it would provide them “as soon as possible” but a year later has still apparently not done that.

Stat News reported that CEO Nader Pourhassan followed that boner up by telling investors that the company had requested something from the FDA which apparently does not exist (a “conditional” emergency use authorization). Despite reporting “boom times” Stat indicated that the company’s filings actually indicated it was under considerable financial stress. Nader Pourhassian, its CEO, though, was apparently pretty flush: he made $12M from the sale of his own company’s stock.

In Feb. of this year, Stat News reported on a situation similar to the current long COVID one: CytoDyn reported excellent results regarding its COVID-19 trial – but refused to provide any actual data. Again, Stat questioned whether the company was misleading its investors.

It turns out that it may have been. The you know what really hit the fan when CytoDyn reported they were under “federal investigation” and had been subpoenaed both by the U.S. Securities and Exchange Commission and the U.S. Department of Justice over claims the company’s claims to its investors, on YouTube, and in press releases that leronlimab drug could treat severe COVID-19. Stat News reported that the Justice Dept “took the extraordinary step of issuing a lengthy statement on an unapproved drug“.

For their part investors have apparently filed multiple securities lawsuits claiming that the company had made overly optimistic statements about the drug. They’ve also charged that company executives have “unjustly enriched themselves”. 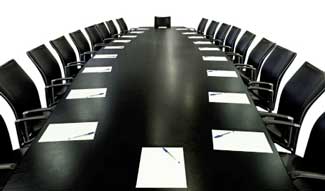 Citing corruption Bruce Patterson and company are trying to take over CytoDyn’s Board of Directors – and the company itself.

In June in what Yahoo News called “a unique filing” a 26-person investment group led by none other than Bruce Patterson MD (and Paul Rosenbaum) made a bid to oust the company’s 6-person Board of Directors and replace them with Patterson, Rosenbaum, and 3 others. A subsequent lawsuit called the present Board “besieged and corrupt,” accused it of unlawfully thwarting the proxy attempt, and of “bestowing bloated benefits on themselves.” Alleging that “dark money” and a “shadow campaign” was involved in the proxy fight, the company fought back, telling its investors that if they voted for the new Board their votes might not be counted.

We obviously can’t trust CytoDyn’s word about leronlimab and long COVID and the company’s ineptness, if not fraudulent activity has been well documented. Everything suggests it could use new leadership. But what about the drug itself? Is a good drug being held hostage by a bad company?

Bruce Patterson MD and the investment group he’s co-leading thinks so. The investment group stated they believe “leronlimab is an extraordinary drug” that will “save many lives” and create “tremendous value” for the drug company’s investors. They blame current management for creating an “unsalvageable” relationship with the FDA which will not be repaired until new management takes over. Until that happens, they believe a beneficial drug will languish.

Bad practices have gotten in the way of sick people getting drugs before. People with ME/CFS with longer memories saw a similar scenario play out involving a small drug company called Hemispherx Biopharma. Just like CytoDyn, Hemispherx Biopharma seemed like it couldn’t stop itself from shooting itself in the foot. Embroiled in lawsuits, and its reputation in tatters, the company was never able to raise the money for the drug trial many people expected would lead to the first FDA-approved drug for ME/CFS. (The company is under new management for a couple of years).

Thankfully, there appears to be far too much investor interest in leronlimab and the opportunity it presents for long COVID for that to happen. While the legal situation is off-putting the preliminary reports suggest the CCR5 inhibitors may be helpful in long COVID. Stay tuned….