Study Shows That Fibromyalgia is a Post-infectious Disease Too

While some people report that their fibromyalgia (FM) occurred after an infection, the idea that FM can be triggered by a pathogen and, in some cases, may be considered a post-infectious disorder really hasn’t made its way down to the FM research community at large.

Particularly now with long COVID presenting – as National Institute of Neurological Disorders and Stroke (NINDS) Director Walter Koroshetz recently said – a kind of a once-in-a-generation (we hope) opportunity to understand post-infectious diseases – that kind of lapse could have consequences.

How good to see then, some dogged Norwegian researchers add FM to the list of conditions they’re tracking in people exposed to an infectious outbreak that occurred in Bergen, Norway back in 2004. Their recently published study “Prevalence of fibromyalgia 10 years after infection with Giardia lamblia: a controlled prospective cohort study” is one of the few to assess FM in the context of being a post-infectious disorder. The six papers they’ve produced over time make the Bergen Giardia lamblia cohort one of the most consistently followed cohorts of post-infectious patients seen.

This cohort is notable in that it meets the criteria for “cleanliness” (one pathogen attack at one point of time) that has so wowed researchers focused on the long-COVID patients. It all came to pass in 2004 when a water reservoir for the city of Bergen, Norway became contaminated with Giardia lamblia. About 2,500 of the almost 50,000 people of Bergen were subsequently treated for giardiasis. G. lamblia is a protozoan that often causes intestinal distress, but, at least in the scientific literature was not known to cause post-infectious illnesses until the Norwegian group published their findings.

In 2007, someone had the presence of mind to gather together a large cohort of people with confirmed giardiasis and track them and an even larger control group of unexposed controls. Several studies over the years have confirmed the association between exposure to Giardia and the subsequent development of chronic fatigue syndrome (ME/CFS) and irritable bowel syndrome (IBS).

The results were pretty stark. Ten years after the outbreak, no less than 43.1% of those Giardia exposed had irritable bowel syndrome (compared to 13.7% of controls). Twenty-six percent had chronic fatigue (compared to 10.5% of the controls). This is the first time they’ve asked whether the incidence of FM ticked up, as well.

They used the Norwegian version of the 2016 modified Fibromyalgia Survey Questionnaire (FSQ) – which they reported was a validated tool that could accurately assess fibromyalgia outside of a doctor’s visit. (The FSQ consists of a Widespread Pain Index (WPI) which assesses the number of painful body areas, and the Symptom Severity Scale (SSS) which assesses symptom severity.) They also assessed the presence of IBS using the Rome III diagnostic criteria, and fatigue using the Chalder Fatigue Scale. 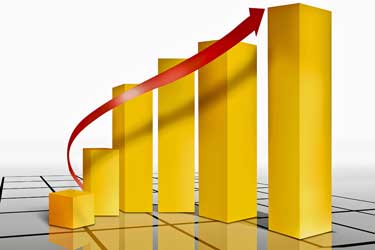 The prevalence of fibromyalgia almost tripled in those exposed to the Giardia pathogen.

The rate of fibromyalgia almost tripled in the Giardia exposed group (8.6%) compared to the unexposed group (3.1%). Digging a bit deeper, they found that coming down with FM almost always involved coming down with IBS (87%) and very often with “chronic fatigue” (69%). Almost 5% of those exposed to Giardia got a kind of triple whammy and met the criteria for FM, IBS and chronic fatigue ten years later. Only 0.4% of those in the control group later did.

The Giardia / FM combination suggested that a post-infectious onset be the worst way to come down with FM as people with both Giardia and FM were significantly more likely to have IBS and/or chronic fatigue than the people in the control group who developed fibromyalgia by other means.

This study clearly sets out what so many of us know but which has been documented in too few instances: that post-infectious illnesses can be severe and lasting. It also shows the different courses that post-infectious illnesses can take – something we will surely learn about in spades as the NIH and others follow their huge cohorts of long-COVID patients. Many people with post-Giardia IBS, for instance, didn’t experience widespread pain (16% had both). Similarly, people with severe fatigue often didn’t meet the criteria for FM (22% had both).

Post Lyme Disease and Chronic Fatigue Syndrome (ME/CFS) – Are They The Same?

Just how closely related all these diseases really are was the subject of a vigorous discussion at the recent Massachusetts ME/CFS and FM Association webinar. Some researchers posited that many different pathways to ME/CFS exist – all of which may end up in a common end state. Gulf War Illness (GWI) is a case in point as it has near-identical symptoms to ME/CFS but two appear to have quite different immunological pathways.

On a positive note, Nancy Klimas’s modeling efforts suggest, interestingly enough, that whatever the origins of ME/CFS and GWI, that the same treatment approach might work in both diseases.  The use of etanercept/ mifepristone might – via resets of the immune/endocrine systems – be sufficient to boost both GWI and ME/CFS patients out of their illnesses.

In any case, it’s good, in the time of long COVID, that the potential for a post-infectious onset of fibromyalgia is being recognized. Of course, it goes beyond the infection itself. A post-infectious disease likely has a strong immune component – something that has been little researched in FM.

We have little idea how often or even which chronic diseases are triggered by pathogens. After noting that asymptomatic coronavirus infections can turn into long COVID, Maureen Hanson suggested that it’s possible that everyone with ME/CFS – even those who did not associate their illness with an infection – could have had an infectious trigger. Enteroviruses – ubiquitous pathogens often associated with the common cold – were one possible culprit.

We know that infections can trigger ME/CFS, FM, POTS, IBS, post-treatment Lyme Disease, post-Ebola Virus Syndrome, some autoimmune diseases, and I’m sure other diseases, but we don’t know how or how often. The huge long COVID tracking efforts should tell us much about the manifold effects an infection can apparently have on the body even long after it’s been seemingly resolved. The potential for an entirely new field of study has been opened.

We learned in the recent Mass webinar that the NIH’s Working Group for ME/CFS played a critical role in determining which symptoms will be tracked in the huge long-COVID studies. We don’t know what questionnaires are being used, but given the close relationship between ME/CFS and FM and the high incidence of pain found in ME/CFS, it would be astonishing if pain wasn’t being closely assessed – thus providing the opportunity to assess the incidence of FM in long COVID.

If it is, an entirely new slant on fibromyalgia may be revealed.

If you believe your FM was initiated or significantly worsened by an infection please let us know.