A Similar Kind of Exercise Intolerance is Found in Connective Tissue Diseases, ME/CFS and Long COVID

Systrom and company came up with a way to get to Rome: i.e. to a fatigued, exercise intolerant state – in connective tissue diseases this time.

The last blog noted that many different roads may lead to Rome; i.e. to the fatigued, exertion-challenged states we see in chronic fatigue syndrome (ME/CFS), fibromyalgia (FM), long COVID, and others. Here’s another road.

It’s no surprise that David Systrom, who has specialized in uncovering interesting ways to get to  ME/CFS, was the senior author of this study. This time, though, Systrom teamed up with lead author Inderjit Singh from Yale, as well as researchers hailing from Brazil and Belgium.

Singh, a younger researcher, worked with Systrom on a recent study that provided the startling suggestion that the skeletal muscles in long COVID might be similar to those found in people with heart failure.

Note that the diseases of the connective tissue that were the focus of this study are characterized by arterial stiffness  – not joint and arterial laxity found in diseases like Ehlers Danlos Syndrome, joint hypermobility syndrome, and craniocervical instability.

People with rheumatoid arthritis – a connective tissue disease – have increased rates of fibromyalgia, and some believe that Sjogren’s Syndrome – which can also impact the connective tissues – is greatly underdiagnosed in ME/CFS as well as postural orthostatic tachycardia syndrome (POTS).

A recent study exploring the issue of exercise intolerance in RA uncovered some fascinating parallels. While ME/CFS has never been associated with RA, the two diseases share hyperactivation of the fight/flight system (sympathetic nervous system), and a similar metaboreflex profile during exercise. Another potential connection popped up when one of the authors reported that a long-COVID exercise study was showing similar results. Hooking two rather mysterious diseases like ME/CFS and long COVID up with a major, well-funded disease like RA could be very helpful.

The authors proposed that the presence of “vascular stiffening” could reduce the ability to deliver blood to the muscles and thus cause exercise intolerance in these diseases. Vascular stiffening refers to a loss of elasticity in the arteries that keeps them from dilating normally to allow greater blood flows.

They had two goals: a) determine if connective tissue disease patients had problems exercising; and b) and if their impaired ability to exercise was associated with narrowed blood vessels and inadequate blood flows.

They used something called “multipoint systemic pressure-flow plots” to determine the “vascular distensibility” each group displayed during the workout; i.e. the degree to which their blood vessels opened in response to the need for more blood during the exercise.

The study found that the blood vessels of people with CTD did not dilate as much as the healthy controls. The CTD patients also displayed an “impaired stroke volume increase”. As their exercise level increased, their heart should have been pumping out ever-larger amounts of blood, but in the CTD patients, the increased blood flows ceased at an earlier timepoint.

Except for the reduced “systemic vascular distensibility”, which has not been measured in ME/CFS, Systrom has found the same findings in ME/CFS and long COVID.

Arterial stiffness is most often found in diseases like diabetes, hypertension, but has popped up in both fibromyalgia and chronic fatigue syndrome (ME/CFS). A 2011 study that found increased arterial stiffness in fibromyalgia led the authors to propose endothelial cell problems were present in FM.  Next, a 2017 study suggested the endothelial cells in FM may be pumping out increased levels of vasoconstricting substances.

Two studies, including one from Lynette Hodges from this year, found increased arterial stiffness in ME/CFS, as well. Hodges, a New Zealand researcher who’s been focusing on exercise intolerance, reported that chronic vascular (blood vessel) damage appeared to be impairing blood vessel vasodilation in ME/CFS as well.

Why this situation is happening is unclear, but the authors proposed that the CTD patients’ endothelial cells were producing too many vasoconstrictors such as endothelin (which has been implicated in fibromyalgia) and too few vasodilators, such as nitric oxide (NO). The potential problem, then, may come back down to the same endothelial cells that are receiving a lot of attention in COVID-19, long COVID, and ME/CFS.

In their ME/CFS hypothesis, Wirth and Scheibenbogen proposed that a massive vasodilator response involving bradykinin and other vasodilators attempts to overcome the tight grip the SNS has on the blood vessels. That response ultimately fails, but as it does, it produces many of the symptoms found in ME/CFS.

While the authors of this paper do not mention it, the endothelial cells are impacted in COVID-19 and long COVID by the virus’s entry via the ACE-2 receptors. Dysfunctional ACE-2 receptors. may also be present in ME/CFS and postural orthostatic tachycardia syndrome (POTS).

The really, really good news is that if these findings hold up – and the authors of this study noted that larger studies do need to be done – the same general process may be causing exercise intolerance in connective diseases as well. Given the authors’ mention of arterial stiffness in CTD, it’s intriguing that arterial stiffness has also been found in ME/CFS and FM.

While the degree of exercise intolerance is surely much greater in ME/CFS, a finding like that could be helpful for diseases like ME/CFS and FM that have struggled for funding.

The exercise intolerance appears to be related to an inability to get proper blood flows to the muscles. That inability results in reduced oxygen uptake at the muscle level, a collapse of the aerobic energy production system, and an increased reliance on anaerobic energy metabolism which results in early fatigability and increased levels of pain, fatigue, etc. due to the buildup of toxic byproducts.

Narrowed blood vessels may not be delivering enough blood to the muscles.

This study used a different technique than past ME/CFS studies which was able to demonstrate the inability of the vasodilators to sufficiently open the blood vessels enough to allow normal amounts of blood through to the muscles.

Most intriguingly, this is the same general process that Wirth and Scheibenbogen proposed in their 2020 hypothesis regarding ME/CFS, with the addition that they believe that very high levels of vasodilators are responsible for many of the symptoms in ME/CFS.

The authors did not mention a potential cause of the SNS activation, but both they and Wirth and Scheibenbogen have floated the idea that an autoimmune process involving the beta-adrenergic receptors may be to blame.

Thanks to the over 330 people who have propelled Health Rising to about 45% of its year-end goal. 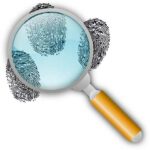 We keep an eye on researchers we believe are producing fundamental insights in ME/CFS, FM and long COVID.

This study is not on ME/CFS, FM, or long COVID; in fact, it doesn’t even mention them. So how did a website on ME/CFS/FM and long COVID pluck this study out of the hundreds of studies that are published every day?

It was simple – we follow David Systrom. One of the greatest research gifts to the ME/CFS community of the past five years and we keep up on everything he does. When this study came out, its implications – that a similar process may be occurring in ME/CFS/FM, long COVID, and connective tissue diseases – were obvious, and we jumped on it.

If that kind of coverage gets your blood flowing, please support us!