It didn’t take David Systrom long to take on long COVID. Systrom – the Harvard pulmonologist whose invasive exercise tests are redefining how we think about chronic fatigue syndrome (ME/CFS) – didn’t lead this study but helped design, analyze it, and write the paper. The study was led by Yale pulmonologist  Inderjit Singh. Like Systrom, Singh is one of the few pulmonologists who has his hands on an invasive exercise machine.

“We are one of the few centers in the world that performs invasive cardiopulmonary exercise test (iCPET). We primarily perform iCPET for patients who have unexplained shortness of breath or fatigue. So, these are patients who’ve had all the routine investigative testing, all of which do not explain their symptoms.”

Singh appears to be coming to long COVID (and ME/CFS) in the same way that Systrom did: by coming across people with mysterious fatigue and/or shortness of breath. Instead of directing them to the nearest psychologist – as most pulmonologists apparently do – Singh appears to have taken them on.

It’s hard to overstate how important the long-COVID exercise studies are both to people with long COVID and/or ME/CFS. Exercise, after all, is, in one form or another, recommended for most diseases and conditions. Until ME/CFS came along, few people had considered the possibility that exercise could be a) fundamentally harmful; b) or instead of making you stronger, it could make you, in a very fundamental way weaker; i.e. it could actually impair your ability to make energy.

These studies present the opportunity not just to better understand these diseases but to rethink fundamental assumptions that have been made about human biology – assumptions that have undermined the efforts to understand ME/CFS and other diseases. A recent study, for instance, exploring exercise intolerance in rheumatoid arthritis, found some intriguing similarities to ME/CFS.

The straight lines present the predicted levels of oxygen utilization. Note how much lower the long-COVID patients were.

The study was small (just 10 people) but it contained long-term (for long COVID that is) patients – all had come down with long COVID about a year before. The one person to see the inside of a hospital room was hospitalized for a short time.

One of the graces of the invasive cardiopulmonary exercise test (iCPET) is that, unlike non-invasive CPETs, it takes just one invasive test to uncover some rather dramatic problems with energy production in ME/CFS.

The results were familiar. The limited ability to exert oneself was not a cardiac issue but was found somewhere in the periphery; e.g., something was happening in the blood vessels and/or the muscles.

It was truly all of a piece. The reduced aerobic capacity made sense given the finding that the raw material of energy production – oxygen – was not being used up. Either the oxygen was not getting through to the muscles in normal amounts or, if it was getting there, the mitochondria were not taking it up.

“By using iCPET, we provided a comprehensive and unparalleled insight into the long term sequelae of SARS-CoV-2 infection that is otherwise not apparent on conventional investigative testing”. The authors 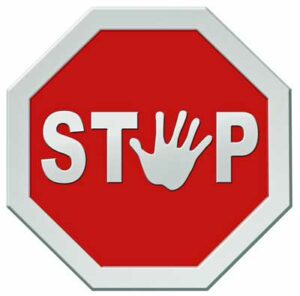 Multiple studies have shown that while deconditioning is present in ME/CFS – it is not causing the energy production problems in the disease.

It’s no surprise that the idea that deconditioning (lack of activity) is causing exercise problems has shown up in long COVID. The deconditioning idea led large parts of the ME/CFS field astray for decades.

The authors then went on to propose that a similar process to that found in ME/CFS may be occurring in long COVID.  A small fiber neuropathy that’s shunting the blood away from the muscles (and presumably other tissues) is preventing oxygen from getting to the mitochondria.

Systrom’s team has come up with other possibilities including mitochondrial problems, “leaky veins” which reduce blood flows, and low blood volume, but the small fiber neuropathy/microcirculatory shunt appears to be the best fit for this small group of long-COVID patients.

The authors highlighted the “exaggerated hyperventilation” found during exercise.  (Hyperventilation occurs when you breathe more quickly and deeply than normal.) They concluded that the abnormally high “ventilatory efficiency” was likely due to an enhanced peripheral mechanoergoreflex and metaboergoreflex sensitivity.

Twelve years ago, Alan Light appears to have found something similar when he found dramatically increased levels of metabolites produced by the muscles. 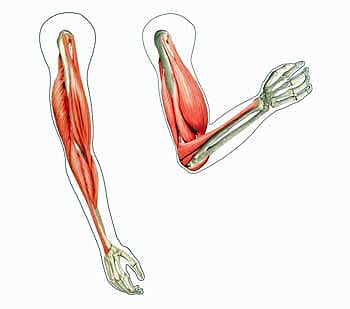 Something akin to heart failure may be affecting the skeletal muscles of people with long COVID and/or ME/CFS.

The authors then dropped a bombshell when they suggested that the skeletal muscles in people with long COVID may be undergoing a process akin to that seen in heart failure (!). They suggested that along with alterations in the makeup of the long-COVID patients’ muscle fiber types, the enzymes responsible for activating aerobic activity may also be depleted.

That depletion would block the ability to produce energy aerobically, thus causing an early dependence on the less productive and ultimately toxic (when overused) anaerobic energy pathways. That would then cause the small (group III-IV) nerves associated with the muscles to send out signals calling for more rapid, faster breathing; i.e. hyperventilation. Since Systrom has also found hyperventilation during exercise in ME/CFS, the same should apply to ME/CFS as well.

The skeletal muscle finding, interestingly, came about when researchers tried to understand why people with heart failure experienced such dramatic exercise intolerance. It turned out that the exercise intolerance was in part due to reduced aerobic energy production and an early entry into anaerobic energy production – precisely what is happening in ME/CFS. Establishing a link between long-COVID and ME/CFS, and a disease like heart failure would, of course, be a huge step forward for both diseases.

It should be noted that Ron Tompkins of the Open Medicine Foundation-funded Harvard Collaborative Center for ME/CFS is studying the muscles in ME/CFS.

The study was small but David Systrom has assessed hundreds of people with mysterious fatigue and exercise intolerance over time and knows his subjects well. I would be shocked if this small sample wasn’t representative.  With regard to the small sample size, the authors noted how striking their findings were.

All study to date suggests that energy production problems in long COVID match up well with those in ME/CFS.

It doesn’t appear that anyone seriously considered the possibility that exercise was damaging the ability to exercise, or even more importantly, was able to document it until the exercise physiologists at Workwell group (Staci Stevens, Christopher Snell, and Mark Van Ness) began doing 2-day exercise tests in ME/CFS over ten years ago.  When I first came across Workwell’s work in 2009, I assumed it would revolutionize our understanding of ME/CFS – and it has over time – but much more slowly than I would have thought.

“A Crack in the Foundation”: Workwell, Exercise Intolerance and Chronic fatigue Syndrome (ME/CFS)

Inderjit Singh teamed up with David Systrom and brought his invasive CPET machine to work on long COVID. (Image from Yale University).

Exercise studies are now routinely used to provide insights into ME/CFS pathophysiology and multiple studies have confirmed Workwell’s early findings. Since Workwell and Dane Cook at the University of Wisconsin began digging into exercise and ME/CFS in the 2000s, other exercise physiologists such as Betsy Keller, Ruud Vermeulen, Franz Visser, and David Systrom have joined the field. Their work inspired Avindra Nath to make an exercise stressor a key part of his study and to employ a 2-day exercise protocol.

These two will hopefully be just the tip of the iceberg as more exercise physiologists and energy production specialists join the field and take us closer to the heart of what’s happening in ME/CFS.