After attempting to explain the cardiovascular issues in ME/CFS, Klaus Wirth and Carmen Scheibenbogen take on the energy and muscle issues. Warning – this is complex!

Klaus Wirth and Carmen Scheibenbogen brought the chronic fatigue syndrome (ME/CFS) world something entirely new in 2020 with their hypothesis paper, “A Unifying Hypothesis of the Pathophysiology of Myalgic Encephalomyelitis/Chronic Fatigue Syndrome (ME/CFS): Recognitions from the finding of autoantibodies against ß2-adrenergic receptors”.

The hypothesis was notable in its ability to potentially explain different features of ME/CFS. 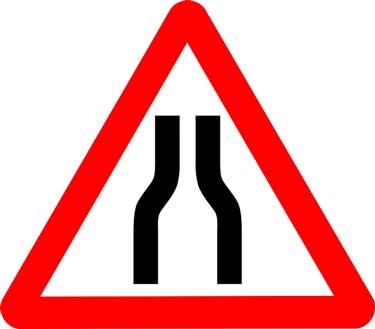 That leaves the blood vessels unable to deliver the proper amounts of blood to the muscles, brain, organs, etc. The body, of course, can’t have that and so it attempts to fix the situation by releasing vasodilators like bradykinin and prostaglandins.

The authors believe these vasodilators spill over into the bloodstream where they, alas, produce fatigue, pain, and flu-like symptoms as well as headaches, gut pain, cognitive and sleep problems.

Enter the kallikrein-kinin-system (KKS) which produces bradykinin – and which opposes the RAAS system.

It turns out that higher sodium levels in the kidney and those same beta-adrenergic receptors highlighted in ME/CFS play critical roles in increasing renin production. By inhibiting sodium reabsorption into the kidney, bradykinin reduces sodium levels – thus inhibiting RAA activity.

The authors believe the message to trigger increased blood volumes has been “annihilated” in ME/CFS.

With the B2AdR receptors also knocked out, people with ME/CFS are missing two of the three major factors needed to stimulate renin production when their blood volume falls. Using rather colorful language, the authors assert that signal to increase blood volume is “annhilate(d)” in ME/CFS – thus potentially explaining, for the first time that I know of, the RAA paradox.

Having low blood volume turns out to be a big deal, indeed, as low blood volume, by itself, activates the sympathetic nervous system, which then squeezes the blood vessels, triggering vasodilator release and many of the symptoms found in ME/CFS.

The authors believe that increased bradykinin levels may also be causing the preload problems found by David Systrom. Reduced preload refers to lower than normal volumes of the blood being transferred to the heart – thus reducing cardiac output.

Systrom has found that the veins of a major subset of ME/CFS patients appear to be leaking. Because bradykinin increases blood vessel permeability, W&S believe high bradykinin levels may be causing the veins to leak blood into the “interstitial spaces”, thus ultimately reducing cardiac output.

(Systrom’s invasive exercise tests show that something reduces blood volume after the blood leaves the muscles and flows into the veins and back up to the heart. The “interstitial spaces” refer to the spaces found between the cells found just outside the blood vessels.)

The hypothesis could also possibly explain other findings such as the small hearts found, the chronotropic incompetence.

Their first hypothesis paper, then, with its potential to possibly explain symptoms ranging from the pain and fatigue experienced after exercise to the reduced preload found by System, and the RAAS paradox was quite a dynamo.

Round II: Explaining the Energy and Muscle Problems

“… high intracellular sodium levels are “the main cause for the exercise intolerance” in ME/CFS.   The authors

The authors weren’t done yet, though. Their second hypothesis paper, “Pathophysiology of skeletal muscle disturbances in Myalgic Encephalomyelitis/Chronic Fatigue Syndrome (ME/CFS)“, took on the energy and muscle problems in ME/CFS.

As anyone who’s watched shows outlining catastrophic failure like airplane crashes, nuclear plant meltdowns, space shuttle explosions, bridge collapses, etc., it’s not one thing that goes wrong – it’s usually a number of things operating in conjunction that causes complex systems to fail – and so W&S propose it is with ME/CFS.

In the first hypothesis paper, the authors proposed that vasodilators (bradykinin, prostaglandins), produced in response to narrowed blood vessels, are causing many of the symptoms of ME/CFS.

That sets up the idea that low blood flows could be causing an ischemia-reperfusion injury in ME/CFS. Ischemia-reperfusion injuries occur when during hypoxic situations where tissue is first deprived of blood and then reperfused with it. Ironically, the injury quickly occurs when the blood is reintroduced back into what’s become a hotbed of oxidative stress.

The authors don’t believe this kind of rapid and devastating situation occurs in ME/CFS but propose that something like it is occurring on a much larger timeframe.

The energy problems, they believe, probably start, though, with high sodium levels in the cell. Sodium enters the cell through something called the sodium-proton exchanger subtype1 (NHE1), which does just as its name suggests – as it brings in sodium ions it removes protons from the cell.

The anaerobic energy situation found in ME/CFS produces high levels of protons. As NHE1, in its attempt to deacidify the cell, removes more and more protons, the sodium ions can start to build up. 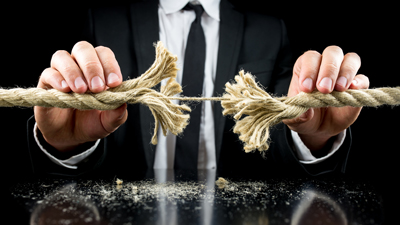 The authors believe that high intracellular sodium levels are the major failure point in the energy production system in ME/CFS.

Something called the Na+/K+-ATPase enzyme should be removing those sodium ions from the cell but, because a molecule of ATP is burned up every time Na+/K+-ATPase pushes sodium out of the cell, removing sodium is an energy-intensive process that likely hits a roadblock in ME/CFS – allowing the sodium ions to build up.

Messed up ß2AdR receptors, low ATP production, and high levels of oxidative stress, as well as insulin resistance and lowered cGRP production may all play a role in the energy problems found in ME/CFS, but the authors believe the major failure point, energetically, is the inability of the Na+/K+ATPase enzyme to get the excess sodium out of the cell. They write the high intracellular sodium levels are “the main cause for the exercise intolerance” in ME/CFS.

Metabolic acidosis – the buildup of protons resulting from an overreliance on anaerobic functioning – has been tossed around as a possible cause of the exercise intolerance in ME/CFS, but W&S don’t believe it can explain PEM. Nor do they believe that low ATP levels are the major problem. Instead, they believe the metabolic acidosis and ATP problems found are pointing to the real problem in this disease: cellular sodium overload.

Please note that the high sodium diets that many people with ME/CFS/POTS are on to combat low blood volumes do not affect this problem in the slightest.

W&S believe those high sodium levels set the stage for the disaster that is ME/CFS because, at high sodium levels, the sodium-calcium exchanger (NCX) does something rather strange: instead of removing calcium as it usually does, it begins to import it into the cell.

It’s the high calcium levels that then whack mitochondrial functioning, mess up blood vessel functioning, and cause insulin resistance in the muscles. The sodium buildup problem, though, comes first.

The NHEI issue led them to the nanoneedle testing done in ME/CFS by Rahim Esfandyarpour and Ron Davis at Stanford. They found that plunking ME/CFS and healthy peoples’ cells into a salt solution dramatically altered the conductance of the ME/CFS patients’ cells compared to the healthy controls’ cells.

That result was intriguing, as NHE1 is the most important volume regulator in immune cells. In fact, studies have shown that immersing cells in hypersaline solutions activates NHE1. While the cause of the impedance changes in ME/CFS patients’ cells is unclear, because NHE1 conceivably impacts electrical conductance, the authors speculated the study may be picking up evidence of increased NHE1 activity in the ME/CFS patients’ cells.

Altered sodium and calcium levels aren’t the only potential problems caused by reduced Na+/K+ATPase activity. Because Na+/K+ATPase takes up two potassium ions every time it emits three sodium ions, low potassium levels in the muscles, and possibly the blood (at rest), could result as well. They noted that several studies as well their unpublished work suggest this is so in ME/CFS.

The authors also noted that the compensatory changes that occur when someone has a severe case of orthostatic intolerance (OI) may be able to initiate ME/CFS.

Altered sodium and calcium levels aren’t the only potential problems caused by reduced Na+/K+ATPase activity. Because Na+/K+ATPase takes up two potassium ions every time it emits three sodium ions, low potassium levels in the muscles and possibly the blood (at rest) could result from impaired Na+/K+ATPase. The authors noted that several studies as well their unpublished work suggests this is so in ME/CFS.

The authors also propose that overexertion by itself may be able to trigger ME/CFS in people with high intracellular sodium levels by reducing their blood volume, increasing their sympathetic nervous system activity, and causing mitochondrial problems in the muscles.

Again, the crucial factor seems to be having intracellular sodium levels high enough to trigger the sodium-calcium exchanger (NCX) to reverse flows of calcium into the cell. It’s at that point that they believe post-exertional malaise and exercise intolerance occur. Problems with the endothelial cells lining the blood vessels also occur. The higher the intracellular sodium levels, the worse the PEM and exercise problems that show up.

Once this sodium-calcium-induced skeletal muscle pathophysiology (in particular the high NHEI activity) is established, they believe it takes very little exertion to trigger it. Everyday tasks could certainly do that.

I asked Klaus Wirth about the high sodium diets many people are on. He replied that “intracellular sodium is totally unrelated to sodium intake”. (No one should change their sodium intake as a result of this hypothesis.)

He did note that because the Na+/K+ATPase exchanges sodium for potassium, the hypothesis predicts intracellular potassium levels should be low. In principle, this strongly points to insufficient ATPase activity. 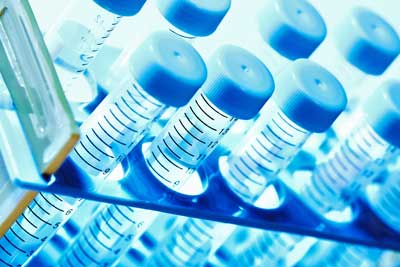 Wirth, who spent much of his career at a pharmaceutical company, believes the hypothesis has treatment implications.

When I asked Wirth, who spent much of his career at a pharmaceutical company, about the treatment implications of the hypothesis, he reported that “potential pharmacological strategies can be derived from the hypothesis, and that they’re making an attempt to elaborate potential therapeutic strategies”.

Aside from that, Wirth and Scheibenbogen are working on a third hypothesis paper they believe could explain the neurological problems in ME/CFS.

Time will tell if Wirth and Scheibenbogen are correct or not, but the creativity and novelty of their hypothesis stands out. They’ve created a plausible hypothesis featuring factors (bradykinin, sodium-proton exchanger subtype1 (NHE1), Na+/K+-ATPase enzyme, sodium-calcium exchanger (NCX), and high intracellular sodium/calcium) that are new, so far as I can tell, to the MECFS field. They have one more hypothesis paper to go.

To some extent, ME/CFS (and long COVID) are numbers games: the more people we get looking at them, the more ideas will emerge and the better chance we have of solving them. Klaus Wirth is a living demonstration of the fact that every time someone shares an ME/CFS theory, the possibility is created that someone, somewhere will think “well, that is interesting …” and dig into it.

Wirth is just one of several professionals who have produced stimulating hypotheses after bumping into ME/CFS in different ways. Wirth’s interest was sparked by a German TV show. Robert Phair (of the Metabolic Hypothesis) read a Stanford magazine feature. Gerard Peirara of Cortene bumped into someone at a party.