Immune Cells May Be Killing the Small Nerve Fibers in Fibromyalgia 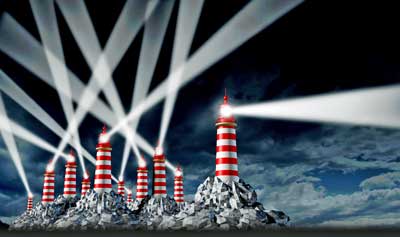 Noting how much we DON’T know about FM, the authors explored the immune system – and appear to have hit paydirt.

After decades of surveying chronic fatigue syndrome (ME/CFS) and fibromyalgia (FM) literature, the study, “Unbiased immune profiling reveals a natural killer cell-peripheral nerve axis in fibromyalgia“, counts as a big and potentially momentous surprise – and a very welcome one at that. Not that we should be surprised about being surprised in either FM or chronic fatigue syndrome. The authors point out with respect to FM, we really don’t understand what’s going on, and that lack of understanding has shown up in spades in the ineffectiveness of many FM drugs that the authors note fail to impart any “meaningful clinical benefit”.

So maybe we should look elsewhere, and that’s exactly what this Canadian-led international study did. Featuring researchers from Canada, Norway, Sweden, Turkey, the U.S., and Germany (including two major figures Nuncan Uceleyer and Claudia Sommers) this group eschewed the central nervous system and looked south to the body and a system – the immune system – that’s gathered more notice of late.

Then, instead of locking themselves down with a hypothesis, they opened things up with an exploratory “hypothesis-free, unbiased” multifactorial study featuring flow cytometry. In flow cytometry, individual cells are passed through a laser. Since each cell scatters the laser light a bit differently, researchers are able to quickly identify and assess the characteristics of tens of thousands of different cells in the blood.

Instead of killing pathogens, are the NK cells in FM attacking the sensory nerves? (From Wikimedia Commons: CC-NHLBI)

Natural killer cell studies actually go way back in FM – they were first studied back in 1999 – but they’ve been kind of a sideshow in FM while they’ve been a major research topic in ME/CFS. We’re talking a couple of studies in FM versus dozens in ME/CFS over the years.

NK cells man the front lines of our immune defense – helping to hold the invaders at bay, while the big guns of the immune response, the T and B cells, gather their forces together. Reduced NK cell killing power or cytotoxicity has long been surmised to give pathogens quicker and deeper entry into people with ME/CFS.

This fibromyalgia study, though, could give NK cells a far more central role in these diseases. The immune system, with its multiple layers of defense, could potentially make up for some of the NK cell problems seen. This FM study, though, could link NK cells to the pain and sensory problems found in these diseases, and if Novak and Systrom find that the small nerve problems extend deeper to the autonomic nervous system nerves, to blood flows, gut problems, and more, that would be groundbreaking.

While a major subset of NK cells (D56dim) was depleted, the most significant finding was the reduction of a subset of regulatory NK cells called CD56bri. These cells have been implicated in a variety of pathological immune states including autoimmunity, neuroinflammation, cancer, and infection.

The CD56bri NK cells in the FM patients displayed a unique activation state: their cell surfaces had fewer CD16, CD226, and CD96 receptors, and more CD107are receptors. (The receptors found on the surface of a cell tell us what the cells have encountered and what the cells are up to. If a cell, say, has come into contact with a pathogen, it will display certain kinds of receptors that: a) inform the immune system, and b) enhance the cells’ ability to respond to that threat. 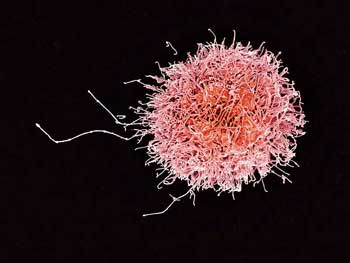 The NK cells in the FM patients appeared exhausted.

Fascinatingly, the authors noted that the CD56bri NK cells with this kind of expression are associated with “chronic activation and exhaustion”. That’s the same general scenario that’s been posited – not just for the not-so-deadly natural killer cells – but other parts of the immune system in ME/CFS.

Culture studies indicated that the FM patients’ NK cells were also “hyperresponsive”; i.e. when confronted with a challenge, they overreacted, producing significantly more of an immune factor called CCL4. They were also more likely to “degranulate”; i.e. release their cytotoxic stores into an infected cell to try and kill it.

This exhausted-but-hyperresponsive response sounds like nothing so much as an immune version of being “wired and tired”. The FM patients’ NK cells weren’t always “on” though. Perhaps because the downregulated CD16 receptor was found, they responded poorly when confronted with antibodies.

After two different analyses (pathway analyses of our RNA-seq transcriptomics data, GWAS-based genetic meta-analysis) in 2 other independent cohorts also found evidence of hyperresponsive NK cells, the authors undoubtedly felt quite good about their findings – and continued to dig deeper.

Next, they asked: if fewer than expected NK cells were present in the blood, did that mean they went someplace else? Could they have left the blood and traveled into the tissues – maybe even into the small nerve fibers that study after study has found damaged in a substantial number of people with FM?

With this thrust, they were exploring almost uncharted territory as few studies have explored the connection between NK cells and small nerve fibers. Knowing that NK cells get recruited to areas of damage by molecules called ULBPs that are produced by stressed or damaged cells, they looked and found higher levels of this substance in FM patients’ skin – and more NK cells around them.

The model – attracted by ULBP emissions from the nerves – natural killer cells gather around them and attack.

Now it was getting really interesting. Could NK cells in fibromyalgia be responsible for some of their pain symptoms? The authors popped in a rather remarkable connection – decreased levels of circulating NK cells have also been associated with ME/CFS (in one study) as well as a host of chronic pain states including chronic lower back pain, cluster headache, and vulvar vestibulitis.

Boy, do we need a new model of chronic pain – and we got one:

The authors suggest these patients may be continually regenerating their small nerve fibers but are still experiencing pain because their nerve fibers are under constant attack. They also proposed that the waxing and waning symptoms sometimes found in FM – and one could certainly include ME/CFS here – could reflect this process of all-fiber dieback and renewal.

(One encouraging thing about small nerve fibers is that, in contrast to other nerve fibers, the body can regrow them: if they play a major role in FM, healing them could wipe it away).

The idea that natural killer cells – long the object of study in ME/CFS – might be a major cause of pain in FM was a bit jaw-dropping. The authors, though, have produced a nice model: damaged sensory nerve fibers emit a substance that draws NK cells to them – and causes the NK cells to attack them – causing pain and sensory issues. Those NK cells appear to be on edge – and are ready to attack at the slightest provocation. The “wired and tired”, or exhausted, profile of the NK cells seems to fit well with what we know is happening in ME/CFS.

With so many possible factors present, it’s unclear which treatment possibilities would win out if this most intriguing research finding is validated, but they must include things like antivirals, autoimmune agents, and ULBP blockers.

This study will undoubtedly attract much attention and further studies. Every major advance – and let’s hope this is one – opens up more questions. Here are some.

NK Cell Attractant – We don’t know if the NK cell attractant (ULBP) that appears to be playing a central role, is causing, is caused by, or is simply exacerbating the nerve damage found in these diseases.

Cause of the Nerve Damage? – Piggybacking on that, we don’t know why or how the small nerve fibers are being damaged in the first place. Citing ME/CFS, the authors proposed two possibilities – a chronic or latent viral infection of the sensory nerves; or, citing the recent, exciting Goebel paper, an autoimmune process that’s been sparked by an infection.

Scope of the Problem? – Most importantly, we don’t know if the small fiber neuropathy (SFN) extends deep enough to affect the autonomic nervous system and blood flows. Being able to tie SFN problems to ANS problems and blood flows could conceivably revolutionize our understanding of these diseases.

How Many are Affected? – The fact that small fiber nerve damage might not need to be present for small fiber nerve problems to exist means these findings could apply to the entire ME/CFS/FM population. We need to know more about ULBP levels in these diseases.

Same scenario for ME/CFS and other diseases? – Is something similar occurring in ME/CFS, POTS, and long COVID? One ME/CFS flow cytometry study found increased levels of NKCD56 bright cells. Studies coming out of Griffith University, however, found reductions in this NK cell subtype, altered signaling, and increased activation levels.