Hydrogen Rich Water – Could it Help With ME/CFS and/or Fibromyalgia? The Friedberg Pilot Study Begins

Since then a number of things have happened. The coronavirus pandemic triggered more interest in the use of hydrogen gas as a therapy, a review paper, “Molecular Hydrogen as a Medical Gas for the Treatment of Myalgic Encephalomyelitis/Chronic Fatigue Syndrome: Possible Efficacy Based on a Literature Review“, coming out of Japan specifically proposed that hydrogen gas be trialed in ME/CFS, and Fred Friedberg has launched a new hydrogen water ME/CFS clinical trial. 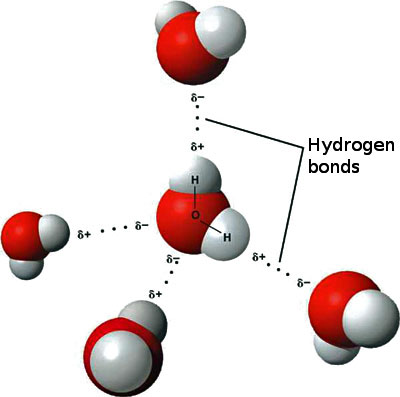 The ME/CFS hydrogen gas review pointed out that hydrogen gas has been shown to reduce fatigue during exercise in several animal studies, that blood glucose, lactate, and oxidative stress were reduced, that glutathione was increased and pro-inflammatory cytokine levels were reduced.

Bindu Paul and Marian Lemle have proposed that impaired antioxidant functioning may play a key role in ME/CFS. They believe a new generation of more effective antioxidants could be quite helpful. Interestingly, they’re focused on a different form of hydrogen – hydrogen sulfide.

Another possibility is an increase in mitochondrial functioning. Hydrogen-rich water (5.9 ppm) intake for two weeks in healthy subjects significantly increased their peak energy levels (peak oxygen intake). Since it’s the ability to produce energy aerobically that appears to have been hit hardest in ME/CFS, anything that could improve that even in small amounts could be helpful. One hydrogen water study, though, found it improved aerobic energy production only in trained athletes.

Another possibility is improved autonomic nervous system functioning. A double-blinded, placebo-controlled Japanese study presented to the Japanese Fatigue Society found that hydrogen-rich water (600 mL/d) for 4 weeks reduced sympathetic nervous activity and anxiety, and improved mood. Watanabe, the senior author of that study, has been studying fatigue as well as ME/CFS for many years.

The Mitochondria in ME/CFS – Could Hydrogen Gas or Hydrogen-Rich Water Help?

One paper asserted that hydrogen’s unique ability to get into the mitochondria made it the perfect free radical scavenger for ME/CFS.

The 20 citations involving the mitochondria in ME/CFS that the authors of the hydrogen ME/CFS paper refer to attest to the breadth of possible mitochondrial abnormalities that have been found. Still, since we don’t know exactly what’s going on with them, it’s not clear which treatments might help.

Slowly Growing Interest in the West

It’s remarkable how much more interest in the use of hydrogen water as a therapeutic option exists in Japan and China than in the U.S. A 2021 review by Chinese researchers listed the many possible neuroprotective effects hydrogen water may have. Stony Brook researchers apparently agreed with that idea as a 2018 Neurology/Neurosurgery Grand Rounds presentation focused on it in “Hydrogen Water: Is There Evidence for Therapeutic Potential in Neurology?. Stony Brook – where Dr. Friedberg hails from – is something of an anomaly, though. With four out of the 5 hydrogen-rich water clinical trials in the U.S. taking place at Stony Brook University, it’s clearly the center of hydrogen-rich water research in the U.S.

I don’t think anyone thinks hydrogen water is going to be the answer to ME/CFS, but it could help. Perhaps hydrogen water, plus some mitochondrial enhancers, might work well together (?). It may very well be that “the answer” to ME/CFS and FM and long COVID will consist of a variety of treatments that work together to boost a patient back to health.

The heart rhythm biofeedback arm is administered via an app downloaded to your smartphone. A wireless sensor attached to the ear monitors your heart rate, which is displayed on the phone screen app. Biofeedback is used to achieve optimal levels of heart rate variability – an important index of overall health.

Studies indicate that HRV is usually low in ME/CFS – suggesting that the sympathetic nervous system or fight/flight system has been turned on. Low HRV could be impacting sleep, energy production, immune regulation, the ability to relax and recover, etc. in ME/CFS. The heart rhythm biofeedback portion of the study also lasts for eight weeks.

The study is done entirely online. There is no need to visit the facility at Stony Brook in New York. If you’re interested in participating contact Fred Friedberg, PhD at fred.friedberg@stonybrookmedicine.edu or (631) 638-1931