Systrom at the CDC: The ME/CFS Mitochondrial Drug Trial Fails Plus More

The big news in David Systrom’s “Neurovascular Dysregulation Underlies Exercise Intolerance in ME/CFS” talk at the CDC yesterday was that the $8 million mitochondrial drug trial had, unfortunately, failed. 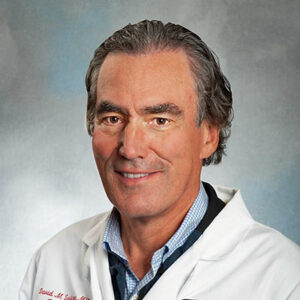 One way we know the mitochondria are involved is that a muscle biopsy done at Baylor found citrate synthase deficiency in 10/11 patients. That was the result that got Astellas involved in their $8 million mitochondrial drug study in ME/CFS. Its drug seemed like a great fit for ME/CFS. The participants were carefully selected – all had low oxygen extraction rates – and the drug, from what I could tell, was designed to enhance peroxisome function and fatty acid metabolism – two rather prominent findings in ME/CFS.

An interim analysis of the results, however, indicated that the drug failed to meet its primary endpoint – increase VO2 max (energy production) during exercise – and the company halted the study. The good news is that 3 quarters of the patients had already gone through the study by that time, leaving Systrom and his team with plenty of valuable data to chew on.

There is a drug that increases energy production during exercise – at least temporarily – in ME/CFS though, and that’s Mestinon. When given prior to an invasive exercise test, Mestinon increased peak VO2 max in ME/CFS. Instead of directly affecting mitochondrial production, though, Mestinon appears to be increasing blood flows to the muscles by tightening up the veins and propelling more blood back to the heart, thus reducing the preload failure problem.

The results of the one-shot study were encouraging because the effects were immediate, and it usually takes several months for the full effects of Mestinon to show up. Now we need a longer-term trial.

Note that three of the five drugs Systrom reported he uses are designed to increase blood flows in one way or the other:

This time Systrom also brought some history into the equation. He talked briefly about the forerunner to his lab – the Harvard Fatigue Lab – which from 1927–1947 did pioneering work in exercise physiology – pioneering, as in it basically helped invent the field. Exercise physiology wasn’t a field unto itself when the lab started. 300 papers, and 20 years later, it was. It became known for its “self-experimentation”; i.e., the researchers often used themselves as subjects.

In one case, worried about the high death rate among the workers building the Hoover dam outside of Las Vegas, the researchers ran physiological and biochemical studies on themselves as they replicated the workers’ workload. They concluded that, as hot as it was during the day, what the workers really needed was a cooler place to sleep as well as a salt-rich diet.

Systrom and colleagues had zeroed in on a unique set of individuals that other exercise physiologists had either missed or had simply passed over. The big clue in this group’s case was the lower filling pressures on either side of their hearts – indicating that their hearts weren’t filling up with normal amounts of blood.

Over time, they came to understand more and more that – undoubtedly unbeknownst to their patients – many of them met the criteria for ME/CFS – and so a new research effort was borne. Systrom first showed up on the ME/CFS scene with a poster at the 2014 IACFS/ME Conference in San Francisco.

The invasive exercise test’s ability to assess both the arterial blood before it gets to the muscles, and the venous blood after it leaves them, is what has made it a game-changer. It’s an expensive and rather arduous test, but it only lasts 5-6 minutes and Systrom reported that most patients do not report a crash afterward.

It’s also the only exercise test that will reliably pick up significant abnormalities during a single exercise session. This is a critical point because a substantial number of people with ME/CFS and long COVID appear to pass a single cardiopulmonary exercise test with flying colors.

As he did with Mestinon, Systrom hopes to put the invasive CPET’s unique properties to use for proof of concept trials to test repurposed drugs.  The next step would be to move into clinical trials doing less invasive tests, exercise stressors such as the SHAPE 3-minute step test (perhaps this?) and blood draws.

The Elephant in the Room – Preload Failure

Preload failure – which is caused by an inability to move blood from the lower part of the body up to the heart – is the signature invasive exercise finding in ME/CFS. It’s not only ME/CFS though. It’s also found extensively in POTS and in small fiber neuropathy. It appears to be a tie that binds many people who have these diseases together.

Preload failure means the heart doesn’t have enough blood to move it efficiently to the muscle during exercise. Virtually everyone with ME/CFS has it, but it comes in different flavors.

There’s the preload failure, for instance, that occurs alongside problems with oxygen extraction. Since the mitochondria are fueled by low oxygen extraction, it means they haven’t received all the oxygen they need. This results in higher-than-normal oxygen levels in the blood leaving the muscles, and showing up the venous blood.

This could be caused by mitochondrial problems that keep the mitochondria from taking up the oxygen that’s been delivered to them or a breakdown in the delivery process by something called left-right shunting, which shunts the blood past the capillaries that should be feeding the muscles. Either way, reduced oxygen extraction is found in a significant subset of people with ME/CFS.

Medical Definition of Shunt. Shunt: 1) to turn to one side; to divert; to bypass. To move a body fluid, such as cerebrospinal fluid, from one place to another.

They know mitochondrial problems are present and they suspect that left/right shunting occurs. A fibromyalgia study that Health Rising reported on in 2014 demonstrated shunting occurs in the hands of some people with FM.

Systrom noted that an interesting fibromyalgia (FM) connection is present. In 2013, Health Rising reviewed a study, and in 2014 interviewed Frank Rice – a nerve fiber specialist and lead author of that study who had seemingly found an opposite situation – an unusual buildup of small nerve fibers in the hands of people with FM. Those nerve fibers, however, were doing just what Systrom was suggesting in ME/CFS – they were shunting blood in an unusual but different manner.

Instead of the blood being shunted away from the hands it was being shunted into them – and not out of them. Since our hands essentially function as reservoirs of blood that can be quickly redirected to our muscles when we exercise, or our brain as we think, the one-way reservoirs Rice found in FM could imperil their ability to exercise, or think, or even sleep well.

This problem has an interesting possible add-on effect. If enough blood is not getting to the muscles or brain during exercise or thinking, the body will try to squeeze more out of the blood vessels – thus producing the constricted blood vessels Wirth and Scheibenbogen, and others, have speculated is causing problems in ME/CFS.

While the situation in ME/CFS and FM appears different – blood possibly being shunted away from the muscles in one and into the hands in the other – one wonders if they’re connected. Could the blood settling in the lower body trigger a compensatory response to keep more of it in the upper body by moving more of it into the hands?

Small fiber neuropathy (SFN) could potentially explain a lot. If something is damaging the small nerve fibers that direct the blood flows to muscles, then the poor oxygen uptake seen in at least a subset of patients is explained. Systrom has found that about 45% of ME/CFS patients with preload failure had SFN.

Unfortunately, attempts to show that SFN was associated with reduced exercise findings failed. Still, there’s hope as the current biopsy regimen probably does not get at the deeper autonomic nervous system fibers that would be involved anyway. Peter Novak at Harvard is looking into these in ME/CFS.

Systrom has talked before about an inflammatory pathway called TRAIL (TNF- related apoptosis-inducing ligand) that turns on a powerful inflammatory cytokine called TNF-a but came armed with some new information. He came in contact with a research group that’s interested in TRAIL and ME/CFS. They’re not the only ones interested in a TNF-a/ME/CFS connection, though. TNF-a is the cytokine Dr. Klimas’s supercomputer models told her to target in Gulf War Illness (GWI) and ME/CFS with etanercept. Plus, a spinal infusion of etanercept produced remarkable results in a patient with severe long COVID. It’s nice to see different research groups barking up the same tree.

Systrom said the TRAIL pathway is provoked by a lot of things that cause crashes in ME/CFS; It activates an inflammasome – a thicket of proteins produced by the innate or early immune system response that turn on inflammatory cascades. Because neurons are more susceptible to TRAIL, Systrom wondered if it was causing the small fiber neuropathy found in ME/CFS, POTS, and long COVID.

Systrom assessed TRAIL levels during exercise and found a “trend” for increased TRAIL levels in ME/CFS. (A “trend” is a term for a statistical outcome that approaches “significance” but doesn’t quite get there. Sometimes trends turn into statistically significant findings when a study gets more participants.)

The long-COVID study looks remarkably like ME/CFS regarding their exercise physiology, with every long-COVID patient demonstrating preload failure – the signature finding in ME/CFS.

Some differences are bound to appear at some point and right now it appears that two differences between long COVID and ME/CFS may be more coagulation and more blood vessel dysfunction in long COVID.

If analyses that go beyond the headlines float your boat, please support us!

HR was probably the first to bring the news of Systrom’s drug trial and may have been the first to bring the bad news as well.  The news wasn’t all bad, though. About 3 quarters of the participants finished the trial, giving Systrom plenty of data he can use to tease out what didn’t work – thus laying the groundwork for understanding what might work. One possibility disappears only to open up a different one.

If going beyond the headlines to try to understand the full picture is something that you appreciate, then please support us.