A Repurposed Drug Revolution for long COVID, ME/CFS and Fibromyalgia?

The intense interest in long COVID should spur many repurposed drug trials.

If there’s one thing we might hope for – and expect – to happen over the next year or two is for a flurry of repurposed drugs to get trialed in long COVID. It just makes sense. 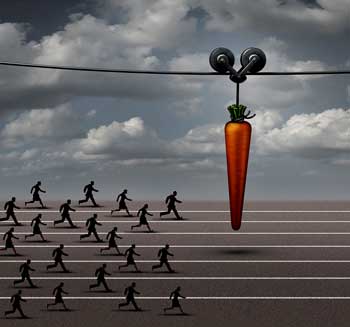 Tens of millions of sick people with long COVID provide a lot of incentive to find something to help them.

Repurposed drugs – drugs that are already approved for use in one disease that turn out to help other, sometimes very (very) distantly related, diseases – can provide quick help, and a repurposed generic drug potentially really hits the sweet spot (Abilify, for instance, is cheap). Drug trials can help but aren’t needed to try these drugs out – all you need is a savvy doctor who keeps her/his finger to the wind and is willing to try new things. Abilify, for instance, spread far and wide in ME/CFS prior to any studies being published.

Finding the hidden gems that repurposed drugs can be has never been easier. Machine learning techniques are able to quickly scan through large amounts of data to find possibilities. Plus, ample research really helps. Ample research funding helps. It would be shocking, for instance, if we didn’t see much better anti-coronavirus drugs, given the more than 200 molecules that could be exploited to battle it.

The story starts with a substance called BH4 which participates in the production of several prominent enzymes (including one that breaks down tryptophan). Seeking to find a way to reduce BH4 levels, researchers targeted an enzyme (guanosine triphosphate (GTP) cyclohydrolase 1 (GCH1)) that regulates BH4 production. This enzyme is activated by damage to neurons, interestingly enough, to a potentially key factor in fibromyalgia – the dorsal root ganglia.

The BH4 effort is particularly interesting as it presents a novel, and thus far untested, way to battle chronic pain.

After BH4 became linked to chronic pain via blood, genetic, and mouse studies, a team of London, Harvard, Canadian and Austrian researchers got to work screening 1,000 FDA-approved drugs (just a small portion of all drugs) for ones known to regulate the expression of the GCH1 enzyme mentioned above.

A surprising drug popped out. Fluphenazine hydrochloride is an antipsychotic used to treat schizophrenia! It does this by blocking dopamine (D2) and alpha-1 adrenergic receptors, but the screen suggested it might also reduce the levels of the enzyme that triggers the production of BH4.

A mouse model study found that it “markedly alleviated pain hypersensitivity in mice” using a dose comparable to that being used in humans. Because fluphenazine can produce problems with movement and depression, the authors suggested using a form of fluphenazine that restricts its effects to the periphery of the body – keeping it from entering the brain.

These researchers had the benefits of years of work, and the identification of a possibly crucial factor in neuropathic/inflammatory pain, that allow them to look for drugs that might affect it.

No Strangers to Repurposed Drugs

That kind of factor hasn’t been identified in ME/CFS, fibromyalgia, or long COVID yet, but neither fibromyalgia nor ME/CFS are strangers to repurposed drugs. Cymbalta was used solely as an antidepressant until studies revealed that it relieved pain in FM patients who were not depressed. Low dose Abilify – approved to fight schizophrenia – has thus far had been found to help (probably by relieving neuroinflammation) in ME/CFS. A low-dose naltrexone/Trazodone combination was proposed to help in ME/CFS years ago. The guanfacine/NAC combination and the RECOVER Paxlovid trial are the latest examples of repurposed drugs being assessed in long COVID.

Peter Manu’s name is enough to strike horror in people who’ve had ME/CFS for a while. Manu, the author of “The Psychopathology of Functional Somatic Syndromes: Neurobiology and Illness Behavior in Chronic Fatigue Syndrome, Fibromyalgia, Gulf War Illness, Irritable Bowel, and Premenstrual Dysphoria“, popped up in long COVID – not to deny its existence – but to propose that three repurposed drugs (methylphenidate (Ritalin), duloxetine (Cymbalta), and brexpiprazole (Rexulti) – another “antipsychotic” (!) be trialed in long COVID. Manu asserted:

“Testing the benefits and adverse effects of methylphenidate, duloxetine, and brexipiprazole, or all other reasonable interventions for patients with “long-haul COVID-19,” should be rapidly pursued.”

The possibility of using Cymbalta in long COVID probably won’t excite many, but Ritalin is an intriguing possibility given a successful, small trial of Vyvanse in ME/CFS, and the effective use of stimulants in ADHD – which is commonly found in ME/CFS and FM. These drugs deserve more rigorous studies to find out who they help and who they don’t and the best way to use them. (Dr. Bateman has said they work better in people with a more fibromyalgia-like presentation.) They may get it with long COVID.

Then there’s Rexulti. This drug – also used off-label in PTSD and agitation reportedly “improves daytime alertness, sleep efficiency, sleep-dependent depressive symptoms,16 energy level, cognitive ability, and general functioning” – all things we would want in ME/CFS/FM and long COVID. Rexulti, it should be noted, is the successor to Abilify and is now available as a generic.

We may have to get used to throwing out labels. The adage “never judge a book by its cover”, or its newer version, “All that is gold does not glitter“, has never rung more true than with repurposed drugs. Who knows what might be hiding under whatever label?

Given the RECOVER Initiative’s stated priority in quickly finding treatments for long COVID, we should expect a big press to find repurposed drugs. Long COVID presents the promise of not just uncovering repurposed drugs but doing something with them that ME/CFS and fibromyalgia have rarely been able to do – spur the production of the large, well-controlled trials that ultimately make helpful drugs known to doctors and available to patients.

BIG (Little) End of the Year – and Beyond!  (:)) Donation Drive Update

Who knows what’s lurking out there in repurposed drug land? If and when something pops up, HR will tell you about it.

Thanks to the over 460 donors who have supported us thus far as Health Rising – as it does – ignores the end of the year (in its “end of the year” donation drive) and plows resolutely on :).

Health Rising is going to watch the repurposed drug field like a hawk because they potentially provide the quickest way to serious help for these diseases. If that sounds like a good idea to you, please support us if you can. Every bit makes a difference.