The day after my brother’s wedding I shot down to San Diego to meet Rachel Riggs and a doctor with ME/CFS. Rachel, who has turned into a volunteer patient coordinator had enrolled me in Naviaux’s next metabolomics study.  (Resistance, I quickly surmised, was futile – not that I was putting up any.) Rachel chatted away on the phone with another potential participant as we drove down to Naviaux’s lab. I was one of the last to give blood. 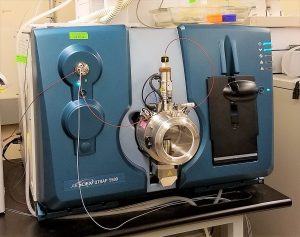 After I gave a surprising small amount of blood  we tromped down the hall to meet with Dr. Naviaux  in his workroom, the industrial looking pipes overhead bringing back memories of college labs in the past.  Ducking into one lab Rachel showed me two $500,000 dollar mass spectometer machines each the size of a large microwave.

Gracious, as always, Dr. Naviaux offered  us some coffee or tea.  A bit spacey from my fast I tried out some green tea – at which point my nose immediately stopped up.  At the first sound of my sniffles Naviaux turned to me and said we would have to note that for the study. (No one with a cold is allowed in the study.)  Those sniffles cleared up later. (Dr. Naviaux, if you read this I promise it was from the tea…)

The first thing I asked him about was the expanded metabolomic ME/CFS study I’d just given blood for.  Naviaux’s initial metabolomics study generated some big waves in the ME/CFS community. Subsequently Maureen Hanson’s and Fluge and Mellas’ studies found broadly similar findings. The Simmaron Research Foundation is using Naviaux’s results to inform their own enlarged spinal fluid study, and the Solve ME/CFS Initiative just funded a metabolic analysis of B-cells. Plus, in the wake of Naviaux’s study we took a new look at what turned out to be some earlier fascinating Australian metabolomics studies. Naviaux’s study opened up a new world for many of us.

Naviaux’s current study is about 50% bigger than the first and will contain roughly equal numbers of men and women.  Naviaux will be analyzing his own mass spectrometer results, but in the second part of the study Oliver Fiehn at UC Davis will be implementing Naviaux’s methods on a different mass spectrometer machine. Fiehn’s West Coast Metabolomics Center is an NIH Regional Resource Core designed to advance the use of metabolomics in medical research and other fields. Fiehn is a well-published author who recently co-authored a metabolomics cerebral spinal fluid study which predicted the progression of Alzheimer’s with 99% accuracy.

The analysis for the expanded ME/CFS study should be done by July of next year with the paper published hopefully 4-5 months later.

A Conceptual Framework to Guide Treatment

Naviaux’s metabolomics work in ME/CFS is set off from others by his discovery of the major role played by sphingolipids. These particular metabolites, which are heavily involved in the stress response, inflammation and the body’s sensory networks, are one of about 30 metabolic pathways that play a role in Naviaux’s cell danger hypothesis.  The association of ME/CFS with a dauer state folds ME/CFS into a biological framework Naviaux understands and has ideas on treating.  That’s a big conceptual step forward for ME/CFS.

Naviaux doesn’t believe that the kind of structural damage that occurs in say, multiple sclerosis, has occurred in most cases of chronic fatigue syndrome.  Nor has any intrinsic damage occurred to the mitochondria of most people with ME/CFS – a good thing.

Naviaux has plenty of experience with genetically determined mitochondrial diseases; he developed one of the first mitochondrial cocktails in the mid1990’s to treat them. These diseases, he believes, are much harder to treat than ME/CFS will end up being. The fact that the majority of sufferers of ME/CFS probably don’t have physical cellular damage, but instead are caught in a disease state that blocks healing and recovery, is a very hopeful message.

ME/CFS, he believes, constitutes more of a “signaling” problem than anything else; the mitochondria in ME/CFS patients’ cells have gotten the message to hunker down, to last out the storm. That’s left them stuck in a state in which their energy production is turned mostly toward cellular defense – leaving little energy available for other functions needed to heal and thrive. The net result is a state of low energy reserves and slow recovery after either physical or mental exertion.

The core problems in ME/CFS, Naviaux believes, lie in metabolic signals that keep the cells hunkered down in a low energy state. 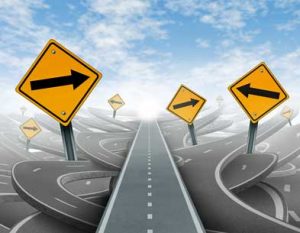 Ron Davis and Fluge’s recent work suggests Naviaux may be right. Their work – still in its early stages –  suggests that ME/CFS cells can flourish in healthy patients’ serum while the energy state of the cells of healthy people tanks when put into ME/CFS patients’ serum. That finding provides hope that ME/CFS cells can be revived, and that the key to reviving them lies somewhere in the metabolic processes which have created the “signal”.  That suggests that the potential for complete recovery is there.

It’s probably not going to be simple, though. Our bodies are a series of complex, integrated systems that have found a new normal. Naviaux’s study suggests that sixty or so metabolites that participate in 20-30 different metabolic pathways have gone awry in ME/CFS. Dr. Naviaux’s methods suggest that an average person with ME/CFS has about 40 metabolic abnormalities, but only about 10 (25%) of those abnormalities are specific for ME/CFS. The other 30 (75%) personalized abnormalities are clues to the specific path an individual followed in developing ME/CFS, and should, ultimately, be able to  help doctors develop personalized treatment plans.  Understanding how to best build up those depleted metabolic reserves will be part of the clinical trials that Dr. Naviaux’s team has planned for the near future. 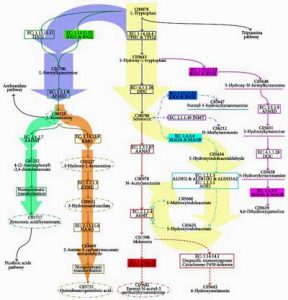 Metabolic pathways need to be restored

Treatment of ME/CFS is not a simple matter of “replacing what is low and removing what is high”. This is because the body is actively creating and even defending the low energy state of a human dauer-like syndrome to help it to outlast a perceived danger.  Low levels of a metabolite could result from the body limiting the availability of that metabolite so that an invading pathogen cannot use it.

It turns out that the old adage “Feed a cold, starve a fever”, has a metabolic basis.  During serious infections (more serious than the common cold) the body can more efficiently fight an infection by redirecting its available energy away from housekeeping functions and toward active cellular defense. Giving one of these key metabolites back to restore “normal” levels to someone in this state can sometimes make people feel worse. The integrated metabolic network may be why treatments sometimes seem to work in ME/CFS only to fail later or cause more symptoms. Until the system as a whole is healed a diversion of energy into one pathway can cause others to be depleted.

New networks or “metabolic reflexes” that have formed as a result of the illness add another layer of complexity.  Naviaux believes that metabolic “reflexes” – such as the metabolic responses to stress – are as diagnostic for disease states as the reflex you experience when a doctor taps the front of your knee with a small hammer.  The goal is to change the conversation between the cell nucleus and mitochondria so these metabolic networks can be restored back to normal.

Returning the Metabolism to Normal: A Ecological Approach to Chronic Diseases

Naviaux’s more ecological approach – looking at the system as a whole – is different. In the end, though, it’s all chemistry; one reaction leads to another and another and another. It wasn’t until recently, though, that our ability to analyze those reactions using metabolomics and statistical analyses made understanding the whole, if not easy, at least possibly within reach. Naviaux believes he’s developed bioinformatic tools that enable him to dissect the metabolic and molecular features of virtually any disease.

He believes that a treatment for a chronic disease should work like a cast does for a broken leg; you use it for a certain amount of time, and then go on your way.  His philosophy around treatment sounds a bit similar to that seen in functional medicine; it’s about empowering the body to resume the processes that maintain health.  Once those processes are restored the body should be able to maintain itself.

Right now, he believes this approach can probably significantly improve the functioning of people who are not so severely affected. The more severely affected will take more time to understand. As noted earlier Naviaux plans to begin small ME/CFS treatment trials shortly.

Big (Little) Donation Drive Update – Thanks to 89 donors HR is within 30% of our goal. If you think that metabolomics might hold the key to ME/CFS (as I do) you can rest assured that Health Rising will be covering this topic thoroughly. Please help us to do that by supporting us this December. Your small contributions make a big difference to us. Find out how here.