This blog is part IV in a series of blogs covering the issues presented at the 2018 Dysautonomia International Conference in Nashville, Tennessee.

This is the fourth blog on issues presented in the 2018 Dysautonomia International Conference.

As if we needed another syndrome.  Chronic fatigue syndrome (ME/CFS), postural orthostatic tachycardia syndrome (POTS), fibromyalgia (syndrome), irritable bowel syndrome (IBS) are old-timers in the ME/CFS/FM world. In the last couple of years, mast cell activation syndrome (MCAS) and Ehlers Danlos Syndrome (EDS) joined the party. Sjogren’s Syndrome (SS), which was all over the Dysautonomia International conference, may be a late entry, and now it seems we can add antiphospholipid antibody syndrome (APS) – which is apparently very common in POTS – to the list of syndromes that play together in these interrelated diseases. It’s also another autoimmune disease.

In fact, Dr. Hughes, the U.K. rheumatologist who discovered the syndrome, said that if you’re dealing with POTS, you’re very likely dealing with APS, which is also called “Hughes Syndrome”, as well.

APS is not some niche researcher’s fantasy; it’s a well-recognized systemic autoimmune disease which increases the clotting factors in our blood, producing “sticky blood”, which then impedes blood flows. 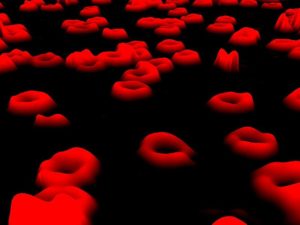 APS occurs when increased levels of antibodies attack the phospholipids or fats in our cells and in the lining of our blood vessels. (You can have the antibodies without having the disease.)

Like other systemic autoimmune diseases, APS can cause a wide range of symptoms that seem disturbingly like those found in ME/CFS. They include chest pain, shortness of breath, pain, redness, warmth, and swelling in the limbs, cold hands, chronic headaches, upper body pain, nausea, brain fog (memory problems, can’t find way home, forget words), balance problems, heart valve problems and a lacy-looking red rash on the wrists and knees. (Notice no mention of post-exertional malaise, though.)

The NIH’s National Heart and Lung Institute reports that APS can cause many health problems including heart attack, stroke, pulmonary embolism and kidney damage. Dr. Hughes reported that APS is commonly found in teenage migraine, stroke, heart attack and teenage epilepsy but is often – more than 30 years after its discovery – undiagnosed.

It affects 1-5% of the population and more often strikes women than men.  One third of strokes occurring in younger people (<50 years) are believed due to APS. If you suffer from migraines and cold hands, he suggested that you may have APS. If you have APS, it’s likely you have another autoimmune disease as well.

Most of the focus in APS has been on its connection to stroke, clots and pregnancy, but Schofield proposes that its effects on autonomic neuropathy (damage to the autonomic nerves) can be just as devastating.

Dr Schofield – who has pioneered research into APS and POTS – first published evidence of APS in POTS in a small 2014 study. (No ME/CFS or FM studies have been done – but see Dr. Berg’s work below.) A 2015 exercise study, which showed evidence of impaired aerobic capacity and autonomic control, suggested APS could also be misdiagnosed as chronic fatigue syndrome (ME/CFS).

In her 2014 study, “Autonomic neuropathy-in its many guises-as the initial manifestation of the antiphospholipid syndrome”  Dr. Schofield outlines two ways APS might be smacking POTS patients. Either the clotting caused by APS is damaging the autonomic nervous system fibers lining the capillaries; or the antiphospholipid antibodies are binding to and damaging the small fiber neurons.

Schofield and others have shown that APS antibodies can be found in POTS patients, but Dr. Hughes proposed that APS may be being misdiagnosed as POTS as well.  APS can produce symptoms (dizziness, vertigo and other neurological symptoms) similar to those found in POTS.  In fact, Hughes reported that some cases misdiagnosed as POTS cleared up when the anticoagulant therapy used in APS was introduced.

A 2015 exercise study which showed evidence of impaired aerobic capacity and autonomic control provided the intriguing suggestion that some people diagnosed with chronic fatigue syndrome (ME/CFS) might actually be suffering the effects of APS – a treatable disease. 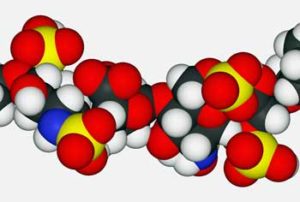 Dr. Hughes first tries aspirin, then, if necessary, two weeks of low molecular weight heparin. If that doesn’t work out, he moves on to Coumadin – a harsher drug.  The anticoagulant therapy does not cure APS but it can stop the clotting process and clear up the symptoms it causes.  Hughes noted one “POTS” patient who did not respond to POTS medications but did respond to heparin and his POTS cleared up.

Dr. Schofield reported that anti-coagulation in combination with IVIG can result in “meaningful clinical improvement” in patients with autoimmune dsyautonomia.

It’s primarily associated with stroke, heart disease and problems in pregnancy, but Dr. Schofield believes it may be contributing to dysautonomia’s such as POTS

Dr Schofield believes APS may be impeding blood flows in the small capillaries and/or contributing to the small fiber neuropathy found in POTS.

Treatment involves anticoagulants such as aspirin, heparin or coumadin

Around 2000 Dave Berg published several studies suggesting that an APS-like condition was present in ME/CFS, FM, GWS and related diseases.

With Berg’s retirement interest in coagulation and ME/CFS faded but recent studies suggest red blood cell and coagulation problems may exist in fibromyalgia.

Positive antibody results in combination with the right clinical picture are enough to make a diagnosis.

Two types of antiphospholipid antibodies are found: 1) anticardiolipin antibodies (IgG, IgM, and IgA); and 2) something called the lupus anticoagulant, which is directed against beta-2-glycoprotein I (IgG, IgM, IgA) in the blood and prothrombin, and plays an important role in clotting.

Around the year 2000, several studies suggested that a kind of coagulatory offshoot of APS was happening in ME/CFS. Three studies, one of them very large, suggested that ME/CFS and fibromyalgia patients had hypercoagulated or thickened blood, which David Berg speculated was reducing nutrient and oxygen flows to their tissues.

Berg, who ran Hemex Labs, believed an infection was triggering – or had triggered – antibodies, which ultimately produced the thickened or sticky blood which was clogging up the small capillaries in the body.

Berg also believed his hypothesis could account for the fascia/trigger joint problems in fibromyalgia. In an interview with Dr. Mazlen found on the website “CFS Remission”, he described what he believed was going on:

“The inability to clean up the blood vessel walls once fibrin is formed…The model simply says…they (fibromyalgia patients) form antibodies to whatever their invading pathogen is, (then) the immunoglobulins knock off the protective proteins on the endothelial cell’s surface.

“So, if we take a muscle and pull it down to a ligament or a tendon and wrap that with the fascia, that fascia is only 5 or 6 cells thick, that’s where the capillary blood flow is and so if you coat the insides of that capillary with fibrin, not a blood clot, but fibrin, then the nutrients and oxygen do not pass through to that ligament or tendon on the other side and all of a sudden it says “ouch” and we’ve got a trigger point, a defined trigger point as in fibromyalgia.” 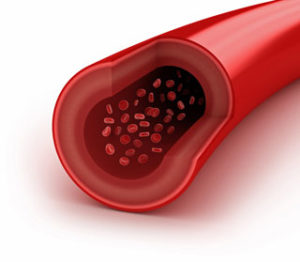 Like Dr. Schofield, Dr. Berg believes blood flows through the small blood vessels are being impaired.

In a Town Hall meeting in 2000, Berg presented a treatment protocol designed to stop the coagulation problems and then clean up the infections he believed were hiding in the coagulated areas:

Berg sounded like he was on a roll. He had a protocol he thought would work and described a typical response to heparin:

“I swam three laps and then worked in my yard. Oh am I going to pay for it tomorrow but only with sore muscles that haven’t been used in so long. Today, when I came in the house I gave in to my urge that I’ve had for the last 2 days to go skipping down the hall. I did it 3 times. How funny I looked. Like a little kid just learning to balance and learning to skip. Now I have to retrain my muscles but my mind still remembers how. That little girl in me got the biggest kick out of skipping again and it’s been years.”

Berg’s retirement in the early 2000’s apparently ended further efforts to establish his findings. A small study (n=17) in 2006 failed to find evidence of hypercoagulation. From what I can tell, nothing more has been done.  Pathogen tests since then have failed to find evidence of the infections Berg believed were present, but inflammation could conceivably do the trick, and possible blood issues have continued to pop up in ME/CFS, fibromyalgia and related diseases.

Just as Berg thought with ME/CFS over 15 years ago, Dr. Schofield believes antibodies in POTS and other autoimmune autonomic diseases are blocking blood flow in the capillaries. Ron Davis’s group is exploring whether red blood cell deformability problems are having a similar effect.

Could red blood cells be causing problems in all these diseases? Anything that restricts blood flow in the capillaries could lead to hypoxia and hamper energy production. Vermoulen’s exercise test results suggested reduced oxygen availability was causing the energy production problems he found in ME/CFS. We should learn much more about this with Dr. Systrom’s studies which the Solve ME/CFS Initiative is helping to fund.

It Needs Your Support To Stay on the Web