Not Only Central Sensitization

Fibromyalgia (FM) has long been thought to be a central sensitization disorder – a disorder primarily characterized by a hypersensitivity to pain and other stimuli. Fibromyalgia doesn’t just increase one’s sensitivity to pain, though. It’s also associated with a host of other symptoms that the central sensitization hypothesis may not explain very well, including unrefreshing sleep, cognitive problems, gut issues and anxiety.

One group of symptoms that has gotten little attention in fibromyalgia are those that arise or get worse during standing such as: dizziness, lightheadedness and fainting, as well as fatigue, pain and cognitive problems. 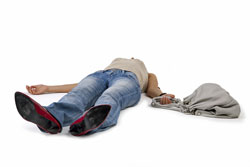 Does standing make your symptoms worse? Do you often feel the need to lie down? You may have orthostatic intolerance.

Other signs that one is having problems being upright can include feeling the need to move when standing still or putting one’s legs up on something when sitting. I’ve never been diagnosed with a specific kind of orthostatic intolerance, but I’ve noticed that my best posture for speaking on the phone is lying down on my back with my legs up the wall.

Every time we stand, we have to counteract gravitational forces which want to drain our blood to our feet. Our bodies counter those forces in several ways. The blood vessels in the lower part of our body constrict and the muscles in our legs tighten up to help keep blood from pooling there. The autonomic nervous system plays a large role in keeping us functioning when upright.

Symptoms that get worse when standing are associated with a condition called orthostatic intolerance (OI).  In the constellation of diseases that one associates with OI, such as chronic fatigue syndrome (ME/CFS), postural orthostatic tachycardia syndrome (POTS), and Ehlers Danlos Syndrome, FM is kind of the odd man (or woman) out with regard to OI.

It seems strange that such an important part of these other diseases would not show up in FM. That oddity prompted a search through the medical literature to determine if orthostatic intolerance is present in fibromyalgia, and if it is, what that means regarding the disease.

The Orthostatic Intolerance Story in Fibromyalgia

The OI story in fibromyalgia starts 20 years ago with a researcher, Peter Rowe MD, who would become well known for work on the role orthostatic intolerance plays in chronic fatigue syndrome (ME/CFS). What isn’t well known is that one of Rowe’s earliest OI studies involved fibromyalgia.

That 1997 study – still the only FM study Rowe ever worked on – found abnormally large drops in blood pressure when FM patients were given a tilt table test. (Tilt table tests involve strapping the participant to a “table” and then tilting them up and measuring how their cardiovascular systems respond). That drop in blood pressure presumably resulted in reduced blood flow across the body, but particularly in the brain – sometimes causing feelings of dizziness, lightheadedness or even fainting. 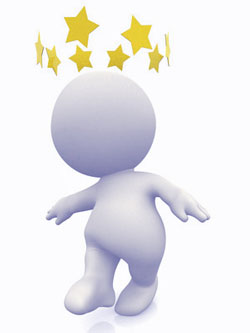 Drops in blood pressure during standing can lead to feeling lightheaded or dizzy, or even fainting.

Then in 2000, Satish Raj (another doctor and researcher who would later achieve prominence in the dysautonomia/POTS field) – in his sole FM publication –  found that 65% of FM patients tested positive during a tilt table test and exhibited signs of dysautonomia (malfunction of the autonomic nervous system).

In 2002, one report suggesting that low blood volume was present in fibromyalgia provided another potential link to orthostatic problems in FM. When the body has less blood available, standing can result in even larger drops in blood flow to the brain. Low blood volume is a common finding in chronic fatigue syndrome (ME/CFS) and POTS and contributes to the orthostatic intolerance in those diseases.

In 2005, Staud came right out and said what the studies had been pointing to: doctors should use tilt table testing to evaluate fibromyalgia patients. Staud found a pattern of abnormally rapid heart rate; i.e postural orthostatic tachycardia syndrome (POTS) in his FM patients. He postulated that the fatigue, dizziness and palpitations often seen in FM are likely the result of autonomic nervous system problems.

While a tilt table was not used, the study suggested that all it took to impact cardiovascular functioning in FM was a mental exercise test.  That study hearkened back 10 years to findings showing that people with “idiopathic orthostatic intolerance“; i.e. people who experience lightheadedness, fatigue, heart pounding, etc. upon standing tend to have lower cardiac vagal baroreflex sensitivity, lower blood volume and increased heart rates upon standing.  By 2010, each of these (baroreflex sensitivity, reduced blood volume and increased heart rates) had shown up in FM studies. 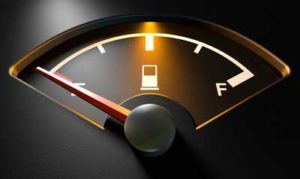 After being “on” at rest, the sympathetic nervous system pooped out during exertion.

The very next year, another Spanish study validated those same findings. A cold pressor stress test (applying a cold stress, usually by plunging the hand into ice water) indicated that a whole raft of cardiovascular factors (resting stroke volume, myocardial contractility, R-R interval, heart rate variability, and sensitivity of the cardiac baroreflex) were reduced in FM, even at rest.

Then, when put under stress, the FM patients’ autonomic nervous systems failed to respond adequately. It was as if after being “on” all the time, the ANS, exhausted, collapsed during stress. Once again, problems with blood pressure regulation (baroreflex sensitivity) were associated with increased pain sensitivity.

Next, a Brazilian group demonstrated that the autonomic problems in FM extended to the ability to exercise. They showed that chronotropic incompetence – the inability to increase the heart rate normally during exercise – was common in FM. They, too, noted during stress the strange combination of sympathetic hyperactivity while resting, and a kind of sympathetic nervous system collapse (a “hyporeactivity to stress”). Intriguingly, they suggested that problems with B-1 adrenergic receptors – the same receptors to which autoantibodies have been found in POTS – might be responsible.

They proposed that autonomic nervous system problems could be contributing to a long list of symptoms (sleep disorders, chronic pain, allodynia, anxiety, pseudo-Raynaud’s phenomenon, sicca syndrome and intestinal irritability) in FM. Interestingly, they suggested that exercise – a helpful therapy in both FM and POTS – could help ameliorate some of the autonomic nervous system problems. Indeed, one study found that resistance exercise resulted in improvements in vagal tone in FM.

In 2014, Mayo Clinic researchers reported that the ‘Compass’ autonomic nervous system self-report test indicated that FM “patients frequently report lightheadedness that is triggered by upright posture, warm temperatures or stressful events which may indicate the presence of orthostatic intolerance.”  This should, they suggested, trigger a clinical evaluation of an orthostatic disorder using a tilt table test.  Plus, they proposed that the problems with sweating, the inability to tolerate heat, the dry eyes, the light sensitivity, the bladder and bowel problems and sleep difficulties sometimes found in FM could all derive from autonomic nervous system issues.

In 2015, problems with blood pressure regulation again came to the fore.  A New York study found that diastolic blood pressure (DBP) was significantly inversely correlated with baseline fibromyalgia impact (FIQ) scores, even during quiet sitting. Since blood pressure plays a crucial role in forcing blood flow into our tissues, the association between DPB and FIQ scores suggested that cardiovascular issues were having a direct impact on FM.

In a statement that could have been taken right out of several POTS studies, the authors proposed that problems with the muscle pump and “fluid pooling” in the lower extremities “may be playing a critical role in the development of FM symptoms.” This pooling, they proposed, results in “reduced venous return” – precisely what Dr. David Systrom is finding in his large group of exercise intolerant patients.

The authors asserted that blood pooling in the lower extremities could explain why fibromyalgia has so many symptoms in common with hypotension (fainting, dizziness, headaches, fatigue, pain, depression, anxiety).

Finally, in 2017 a Spanish group found that problems with the cardiac baroreflex (which regulates blood pressure) during standing were strongly associated with reduced quality of life and an increased fibromyalgia impact score. They proposed that the problems FM patients were encountering being upright were interfering with their “ability to deal with his/her daily life activities”.

The authors also stressed the need – long recognized in ME/CFS and POTS – to employ some sort of cardiovascular stressor (standing, tilt table, exercise, etc.) to capture the full extent of the dysfunction in fibromyalgia.

Orthostatic intolerance has never been considered a major symptom in fibromyalgia, but findings suggesting that it is present in FM date back 20 years. With few studies examining the incidence of POTS, orthostatic hypotension or low blood volume in FM, there is still much to learn. 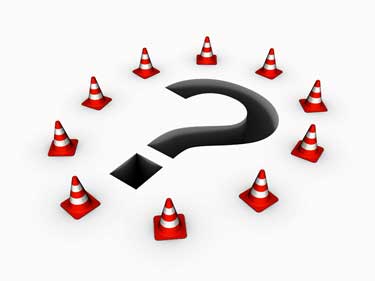 It’s possible, though, that fibromyalgia has less in common with  pain disorders like arthritis than it does with diseases like ME/CFS and POTS, where cardiovascular issues produce problems with exercise, standing, fatigue, energy production, pain, cognition and sleep.

Other studies have documented that standing can increase symptoms, induce problems with blood pressure regulation, and abnormally increase heart rates. Finally, some studies suggest that low blood volume is present and that blood pooling may be occurring in FM patients’ lower bodies.

Recent findings, indicating that a small nerve neuropathy which results in the damage or disappearance of autonomic nerves is present in a substantial subset of FM patients, further implicates the ANS in FM – and opens up the issue of autoimmunity.

Check out the many resources on orthostatic intolerance in Health Rising’s Treatment Resource Section including:

Your Support is Needed!