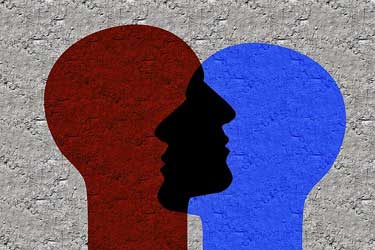 The findings are tentative and need to be validated, but if they hold up they could signal a fundamental split between people who’s chronic fatigue syndrome (ME/CFS) was triggered by an infection and those who came down with ME/CFS some other way.  If your ME/CFS was triggered by an infection, your immune system may have been tilted in an autoimmune direction. If your ME/CFS was triggered in another way, it may have been tilted towards inflammation.

Chronic fatigue syndrome (ME/CFS) has long been thought to be a possible autoimmune disease. The infectious onset, the gender imbalance (almost 80% of people with autoimmune diseases are female), the age of onset, even the wide variety of symptoms, all suggest autoimmunity might be present.

Establishing that a disease is autoimmune in nature is not easy, however – and while we’re not nearly there yet – the evidence and interest appears to be growing. Dr. Scheibenbogen was the senior author of a Euromene paper, “Myalgic Encephalomyelitis/Chronic Fatigue Syndrome – Evidence for an autoimmune disease“, which argued that a startling array of immune findings in ME/CFS pointed toward some sort of autoimmunity.

The review paper – which was published prior to the publication of the failed Rituximab trial in ME/CFS – asserted “there is compelling evidence that autoimmune mechanisms play a role in ME/CFS”, while warning that subgroups of patients likely have different “pathomechanisms”. Recently, a hypothesis paper suggested that people with ME/CFS are caught in a kind of weird limbo state between autoimmunity and pathogen persistence.

Given the heterogeneous immune findings found in ME/CFS, the authors of the review paper concluded that it was critical to “identify clinically useful diagnostic markers”; in this case very small genetic changes – a shift in just one nucleotide –  called single nucleotide polymorphisms as well as immune factors. 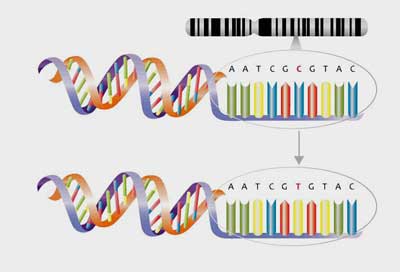 Single nucleotide polymorphism – at times it can take just one small alteration of a gene to change how it functions.

Polymorphisms have been looked at before.  A fascinating 2017 review paper which examined no less than 50 studies on the genetic polymorphisms found in ME/CFS, cancer-related fatigue and other fatiguing diseases. It suggested that slightly altered forms of TNFα,  IL1b, IL4 and IL6 genes put people at risk for high levels of fatigue.

The connections found between ME/CFS and polymorphisms in HLA, IFN-γ, 5-HT (serotonin) and NR3C1 (glucocorticoid) genes, in particular, were cited in that paper. Several of these altered genes could be tied to autoimmunity or other immune dysfunction. The link between the HLA genes tasked with spotting an invader and autoimmunity is well known. Given the role the HPA axis plays in regulating the immune system, the glucocorticoid polymorphism documented in ME/CFS could play a role as well.

The COMT gene that appears to play a big role in fibromyalgia, and perhaps ME/CFS, breaks down catecholamines like norepinephrine. Both it and the beta 2 adrenergic receptors that are under investigation in ME/CFS modulate the immune response. All in all, it appears that ME/CFS patients’ genetic makeup provides plenty of opportunity for their immune systems to go awry.

This present study – another Carmen Scheibenbogen and company production from Germany –  assessed whether small changes in immune genes (called polymorphisms) that have been associated with autoimmunity were present in ME/CFS.  These polymorphisms usually affect the activation of T or B cells or the production of immune factors called cytokines.

The goal was to determine if the immune systems of ME/CFS patients were genetically skewed towards autoimmunity. This is not the be-all and end-all of genetic studies – it examined the frequency of just five polymorphisms in immune genes that have been associated with autoimmunity. They included:

Two of these gene polymorphisms code for production of a key gene in the pathogen response – higher tumor necrosis factor – (TNF-a); one coded for higher IFN-y production, and two affected T and/or B cell activity or signaling.

Given the limited search, any positive result probably would have been greeted with celebration. The study did better than that, though, as two of the five polymorphisms assessed were upregulated in ME/CFS patients compared to healthy controls.

There was a catch, though. The polymorphisms were only found with more frequency in the 2/3rds of patients with post-infectious onset. 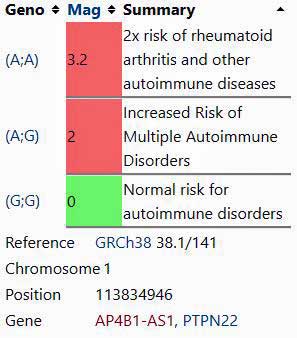 The PTPN22 rs2476601 polymorphism. The gene this SNP is found in – PTPN22 – has been called the archetypal non-HLA autoimmunity gene.
(From SNPedia)

Both of the polymorphisms (PTPN22 rs2476601, CTLA4 rs3087243) have been associated with several autoimmune diseases such as type I diabetes, lupus and rheumatoid arthritis.

The PTPN22 rs2476601 polymorphism is a major autoimmune factor. It is believed to make it more difficult to delete autoreactive T cells, to reduce the activity of the Treg cells in charge of ensuring autoimmunity does not occur, and to impair B-cell clonal regulation.

The form of CTLA4 found enhanced in the infectious onset group, on the other hand, makes it more difficult to turn off the activated T cells that can drive some autoimmune diseases.

Almost 20% of those with a post-infectious onset of ME/CFS reported that their illness was triggered in adolescence by an Epstein-Barr virus (EBV) infection (infectious mononucleosis, glandular fever). EBV, as was noted above, is a  known  for autoimmunity. A 2018 paper provided a reason why EBV may be so adept at turning an infection into an autoimmune disease.

Virtually everyone carries EBV in its latent state in their cells. It turns out that even in its latent state, when EBV isn’t replicating,  a transcription factor in EBV is still busy turning on and off genes that just happen to increase the risk of developing a host of autoimmune diseases  (lupus, multiple sclerosis, rheumatoid arthritis, juvenile idiopathic arthritis, inflammatory bowel disease , celiac disease, type 1 diabetes.)  Fully 50% of the gene regions associated with an increased risk for lupus, for example, appear to have been turned on by EBV.

EBV or any other virus isn’t the end of the story with autoimmunity. Most people who come down with infectious mononucleosis or another infection don’t come down with an autoimmune disease but these stressors, perhaps like other significant stressors in childhood, adolescence or adulthood, can tilt the immune system in a direction which makes it susceptible to producing autoimmunity for some people.

Interesting, two findings suggested that the immune systems of the non-infectious ME/CFS cohort may be tilted in the opposite direction of the post-infectious cohort. Instead of having higher frequencies of the of IRF5 and TNF risk variants, they had significantly lower frequencies compared to the infectious group.

Finding some genetic alterations in immune genes, the researchers took the next step to see if the unusual gene forms resulted in immune alterations as well. 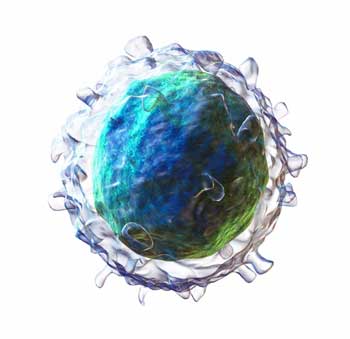 They did. Several autoimmune-like factors jumped out. Reduced C4 levels in the infectious onset group were reminiscent of systemic lupus erythematosus (SLE), while reduced CD19+ B cells (B cell lymphocytopenia) are found in both SLE and rheumatoid arthritis (RA).

(“Lymphocytopenia” refers to a count of less than 1,000 lymphocytes per microliter of blood in adults).  CD19+ cells are the major immunoglobulin-secreting B-cell found in the  blood, bone marrow, spleen and tonsils. Reduced CD19+ cells have been associated with an increased susceptibility to infection in animal studies.

No federal agencies funded this study – it was solely the result of your donation dollars. It was supported by a 2016 Ramsay Grant Program award, the Solve ME/CFS Initiative, as well as by several German foundations.

HPA axis problems are present in ME/CFS and recent cancer-related fatigue studies have found a link between HPA axis problems and inflammation in post-cancer survivors with fatigue. A 2020 study found that reduced sensitivity of the immune system to glucocorticoids (cortisol) resulted in increased levels of pro-inflammatory markers and cytokines (C-reactive protein, interleukin 6, and tumor necrosis factor α.) in the fatigued patients. Apparently, the HPA axis was having trouble tamping down inflammation in the fatigued cancer patients.

The non-pathogen triggered cancer triggered something called a “Conserved Transcriptional Response to Adversity (CTRA)” immune response. In this response, those beta adrenergic signaling pathways that we’ve been looking at lately in ME/CFS jacked up inflammation via the sympathetic nervous system. The CTRA response was diminished, on the other hand, in the infectious cancer cohort – and so was the fatigue.

A 2019 study suggested, though, that an infectious onset may not be so clear a trigger as one might think. Almost 40% of the participants reported that it took 7 months or more from whatever happened for ME/CFS to manifest itself.  Twenty percent reported that it took more than two years. Eighty-eight percent, though, felt they could identify a specific triggering event.

The study found that two gene variants – including one in “the archetypal non-HLA autoimmunity gene”. found in autoimmune diseases were also increased in people with post-infectious ME/CFS. Plus, several immune factors associated with autoimmunity were increased as well. While autoimmunity hasn’t been proven in ME/CFS, the study provided more evidence that autoimmune processes may be at play in a large subset of ME/CFS patients. 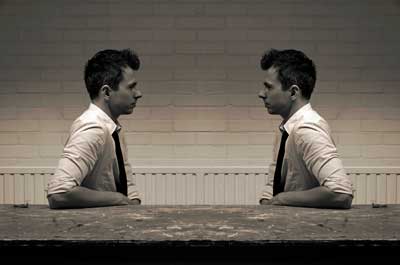 Could two types of ME/CFS be emerging?

The story appeared quite different in people with ME/CFS who didn’t have an infectious onset. Two of the polymorphisms associated with autoimmunity were significantly decreased in the non-infectious onset ME/CFS patients. Plus high levels of an inflammatory marker were found as well. That suggested that the pathology in the non-infectious group might be more akin to that which occurs in post-cancer fatigue.

Studies suggest that the post-cancer fatigue and non-infectious onset ME/CFS  patients may have a balky HPA axis that has difficulty reigning in inflammation. Interestingly, given the focus on the sympathetic nervous system in ME/CFS, non-pathogen triggered cancer was associated with more sympathetic nervous system-induced inflammation than pathogen-triggered cancer.

With the Nath intramural study focusing on documented post-infectious ME/CFS cases underway, and his new study on post COVID-19 patients beginning, plus all the media attention being given to problems recovering from COVID-19, some real insights may be in store for the post-infectious group.