Tracking in at somewhere around $350 million, the Congressionally Directed Medical Research Program  (CDMRP) is not a small program. It was created in 1992 to fund novel approaches to “biomedical research in response to the needs … of the American public, the military, and Congress”. 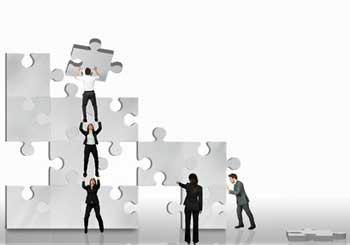 That “needs of the American public” inclusion is intriguing given the decades-long buildup of pent-up needs that have not been addressed in ME/CFS. Might the CDMRP program be more receptive to ME/CFS than the NIH?

We couldn’t know because we haven’t been allowed in the program for almost a decade. Back in 2017, though, Emily Taylor and Solve M.E. first pushed to get ME/CFS back in the program. Then, Solve M.E. and ME Action pushed again for inclusion in 2018. Finally, in December of last year, Solve M.E. and ME/CFS advocates (sending over 12,000 messages via Solve M.E.’s message center) brought the effort across the finish line – and a new basket of potential funding opened up for ME/CFS.

That wasn’t the end of the story. We needed ME/CFS researchers – a group not exactly known for pumping grant applications into the NIH – to respond. This time they did – and in spades. ME/CFS researchers – many of them associated with the Open Medicine Foundation (OMF) – leapt at the opportunity and sent in approximately 25 grant applications – an unprecedented number for this community.

Now we have the results: two of the 25 grant applications were funded, adding about 1/2 million dollars in new research funding for ME/CFS over the next two years.

The Harvard Hub and the Grants

The decision for the Open Medicine Foundation to establish an ME/CFS collaborative research center at Harvard appears to be paying off. The two ME/CFS CDMRP “Discovery Awards” were given to young investigators working with Open Medicine Foundation-funded researchers at the Harvard ME/CFS Center. Getting young researchers involved is a distinct plus, as everyone agrees that it’s critical to get more young investigators into this field.

ME/CFS Muscles Get Worked Up

Dan Wilkinson of the University of Nottingham will be using new proteomic analytical techniques to “better understand molecular basis for post-exertional malaise in skeletal muscle”. Anything that assesses the skeletal muscle floats my boat.

Wilkinson’s been collaborating with Ron Tompkins and Wenzhong Xiao of the Harvard Collaborative Center. We learned last year that Tompkins was working with U.K. researchers to dig into the “omics” (genomics, proteomics, etc.) of skeletal muscle biopsies of ME/CFS patients. Wilkinson is apparently part of this group. 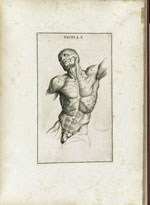 What is happening with the poor muscles in ME/CFS? Dan Wilkinson and Ron Tompkins hope to find out

The muscles are one area that Ron Tompkins, a co-leader of the Harvard effort, has said he’s particularly excited about. Given all the evidence of exercise intolerance, one would think that something MUST be going on with those skeletal muscles.

Tompkins has proposed that exercise may doing lasting damage to the small myofibrills which make up our muscle fibers. Stress to the muscles does, in fact, damage those myofibrills even in healthy people, but the damage is quickly resolved. Tompkins believes the muscle repair processes may be broken in ME/CFS. While we don’t have much information on this new study, it’s possible that it may be assessing this or some other aspect of the muscles.

Find out more about that:

Health Rising broke the news on Mestinon and ME/CFS when it reported that a long-term ME/CFS patient was able to exercise after Dr. Systrom prescribed the drug. Since then we’ve heard of patients who have done very well on it, and others it hasn’t helped. This new grant aims to find out who will respond to this drug. 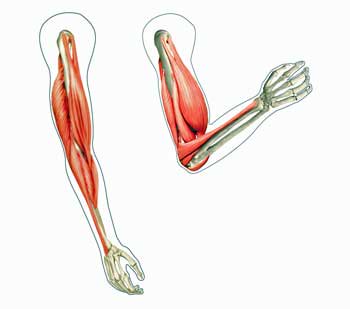 Systrom believes Mestinon may improve blood flows to the muscles in some people with ME/CFS. He’s doing a rare placebo-controlled, double-blinded trial in ME/CFS to test that.

This study enlarges a fascinating David Systrom trial, “The Exercise Response to Pharmacologic Cholinergic Stimulation in Myalgic Encephalomyelitis / Chronic Fatigue Syndrome, that was slated to begin earlier this year at Brigham and Women’s Hospital. In the clinicaltrials.gov report on the trial, Systrom states what he believes is happening in a subset of ME/CFS/FM patients.

If I understand it correctly, Systrom has found an anomaly in one set of ME/CFS patients. During exercise, the heart is pumping out more blood than it is receiving; i.e. blood, at some point, disappears into the body. That could explain why an exercise session could start off somewhat OK and then get worse and worse over time as less and less blood makes it to the muscles.  So, where does the missing blood go?

Again, if I understand it right, Systrom believes that damage to the small nerve fibers (e.g. a small fiber neuropathy/polyneuropathy) is failing to constrict the blood vessels, allowing blood to escape into the interstitial spaces.

Systrom believes that by triggering the release of norepinephrine, Mestinon is causing the veins to properly narrow, thus propelling blood back up to the heart and giving the muscle more blood. He notes that retrospective studies – studies done after the fact – suggest that pyridostigmine for ME/CFS can improve oxygen uptake, end-tidal carbon dioxide levels and ventilatory efficiency.

No studies, though, have used the more powerful invasive exercise tests Systrom employs to assess the effects of the drug. Nor have placebo-controlled, double-blinded studies been done.

Systrom is doing both: in a study funded by the Brigham and Women’s Hospital, Systrom is putting 50 ME/CFS patients through a double-blinded, placebo-controlled invasive exercise trial that’s assessing the effects of Mestinon on a wide variety of cardiovascular factors. For instance, Systrom will be determining if Mestinon alters lactate levels, oxygen uptake by the muscles, output from the heart, heart rate, carbon dioxide production and 7 more cardiovascular factors.

Now, that study is being extended in an important way by the CDMRP grant to Dr. Rosa Maria Pari Ñaña​. Dr. Nana reported that the study will help them identify which patients will likely benefit from Mestinon from those who won’t. (Hopefully that won’t require an invasive exercise test. Since very few people do invasive exercise tests, I imagine that it won’t,)

Think of the possibilities here. Identifying a subset of patients who respond to Mestinon could – after more studies – ultimately lead to the first FDA-approved drug for ME/CFS. Even publication of a successful placebo-controlled, double-blinded trial could open the door for physicians across the U.S. and the world to prescribe it. It would take more studies to get insurance companies to pay for it, but a successful study would open the door to those studies.

Systrom has also, it should be noted, received funding (via a donor) from the Solve ME/CFS Initiative to continue his invasive exercise work on ME/CFS. Plus, in an OMF-funded effort, Tompkins has already apparently been analyzing blood samples from Systrom’s invasive exercise studies.

Systrom’s work has potentially opened a big window in ME/CFS. It’s good to see his work be rewarded by the two major private ME/CFS research funders in the U.S. – and now by the CDMRP.

The the Congressionally Directed Medical Research Program (CDMRP) money is not a huge amount of money – it’s not going to solve this big, nasty, complex disease by itself. That task is going to take lots of funding and efforts by many researchers. 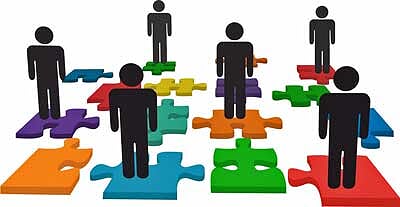 These grants should provide some more pieces to fit into the larger ME/CFS puzzle.

Every bit of funding is precious, though. Take the new pledge for Dutch ME/CFS funding. If I remember correctly, it’s $30 million over 10 years. That’s $3 million a year – not an immense amount of money for medical research – but still a nice chunk. That $3 million dollars could fund six large new studies a year. (After what Visser et al. have done in the Netherlands, who knows what could happen if they get their hands on more money.)

While neither of the CDMRP grants will provide the answer for ME/CFS, could they provide important insights into this disease?

Absolutely. Finding altered proteins in the skeletal muscles could give us a ground-level view of what’s happening there.  Identifying a subset of patients who respond to Mestinon could not only be helpful for many, but could alter how this disease is viewed.

As Sadie Whittaker of the Solve ME/CFS Initiative pointed out, making progress in ME/CFS is going to take doing a lot of things – including many smaller things – right. Over time, it comes together.

Congratulations to Solve M.E. for persisting with its three year effort to get ME/CFS back into the the Congressionally Directed Medical Research Program (CDMRP), and to the Open Medicine Foundation-associated researchers for getting their grants funded.

Correction: After being told the number of grant applications that made it through to the final stages was incorrect, it was removed. 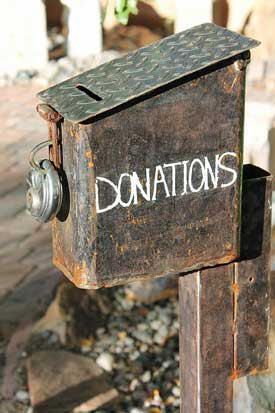 This blog demonstrates what Health Rising does – we provide context, take a look at history and the trying to put the pieces of this complex puzzle together. If putting the pieces together gets your juices flowing please support us!

Use PayPal (below) to support us or find out other ways (checks, Amazon, even bitcoin!) here.