Check out ME/CFS and FM treatment studies that ended up.

The coronavirus pandemic stopped everything for quite a while but the clinical trials which survived the pandemic probably started up again quite some time ago. All we have to go by, though, are the stated completion times listed in the https://www.clinicaltrials.gov/ database which provides information on clinical trials in over 200 countries. That said, check out the clinical trials for ME/CFS and fibromyalgia that were projected to end in the last half of last year or this year. (A few trials not listed for ME/CFS are included as well.)

Plus check out possible game-changers: trials big enough to quickly lead to FDA approval or to quickly produce follow-up trials for FDA approval, or which could lead the medical profession to adopt new treatment options. These trials are highlighted.

This 50-person, placebo-controlled, double-blinded study by David Systrom was projected to have been completed last year. This is a trial which, because it’s employing a readily available and well-known drug could, if successful, rather quickly produce significant results for the ME/CFS community.

Systrom believes Mestinon may be causing the veins in a subset of ME/CFS/FM patients to narrow, thus propelling blood back up to the heart and providing the muscles, brain, etc. with the blood they’ve been missing. Retrospective studies suggest Mestinon may be able to improve oxygen uptake, end-tidal carbon dioxide levels, and ventilatory efficiency.

This study is going to do more than assess symptom responses, though. It will, using Systrom’s blood tests and his invasive exercise equipment, measure lactate levels, oxygen uptake by the muscles, output from the heart, heart rate, carbon dioxide production and 7 more cardiovascular factors.

Furthermore, the study was extended by a 2020 CDMRP grant to Dr. Rosa Maria Pari Ñaña​ to identify which patients will likely benefit from Mestinon..The study isn’t large enough to produce FDA approval but a positive result should certainly help doctors try this old drug in their ME/CFS patients.

Solriamfetol – a most interesting narcolepsy drug is being trialed in ME/CFS. One doctor told me that in his experience people with ME/CFS have a sleep-wake instability similar to narcolepsy and that he, himself, responded very well to a drug (sodium oxybate) prescribed for narcolepsy.

Solriamfetol increases dopamine (but not serotonin) availability in the brain.

Solriamfetol is a norepinephrine–dopamine reuptake inhibitor (NDRI) that increases the availability of dopamine and norepinephrine.  It was FDA-approved recently (March 2019) for treating excessive sleepiness in narcolepsy and residual sleepiness in people with obstructive sleep apnea. It’s believed to be safer than traditional stimulants. It’s interesting that the leader of this study, Joel Young MD, so quickly jumped on the opportunity to test this new drug. Young is a psychiatrist who firmly believes ME/CFS is a physical illness, has written a book on it, and employs an interesting treatment approach that includes both long-acting stimulants and meditation. (!).

ME/CFS Trials Not in the Clinical Trials Database

Dr, Klimas’s “Moonshot” study is attempting to reset ME/CFS patient’s systems and return them to normal.

Called by Nancy Klimas her “moonshot trial” – as in she’s reaching for the moon – this trial is attempting to reset and return ME/CFS patients’ system back to normal. This etanercept/mifepristone trial was based on extensive computer modeling which was then validated in a Gulf War Illness (GWI) mouse model. (A GWI trial has been underway as well.)

This trial is particularly intriguing as Dr. Klimas’s research indicates that GIWI and ME/CFS are quite different diseases but her modeling work suggests this drug combination – etanercept administered earlier to combat neuroinflammation and mifepristone later to reset the HPA – should work in both illnesses.

This trial was fully (privately) funded and was about to start when the pandemic hit. Dr. Klimas reported last spring that the trial was “back in the saddle”. No telling when it was supposed to wind up but as it was a small study 2022 seemed likely.

This trial certainly has the potential to be a “game-changer” but my guess is that it’s probably too small for many doctors to take on trying these drugs.

Repetitive Transcranial Magnetic Stimulation – this small but innovative pilot UCLA trial is going to stimulate two parts of the brain (limbic system/prefrontal cortex) simultaneously. Funded by the Solve ME Initiative in the first part of 2021 was reportedly going to get underway quickly, and could if it wasn’t thwarted by the pandemic, have results shortly

Suramin Trial – Bob Naviaux – It’s been reported that this trial has been funded and will begin this year. Ron Davis has expressed hope that it will provide some answers.

Inspiratory Muscle Training – I’m not sure when this small study funded by Solve ME will end up, but its a good one to keep an eye on given all the breathing problems found in ME/CFS.

Formerly used as an anesthetic drug, ketamine has produced some eye-opening results in both depression and pain. Two fibromyalgia studies are underway or have recently started:

This big 210-person Belgium study certainly seems to have the heft to change things in Europe. The U.S. is another matter but a win here would surely entice U.S. firms to take a look.

Learn much more about ketamine and fibromyalgia here

Ketamine and Fibromyalgia: An Overview

Dr. Pridgen Does It! 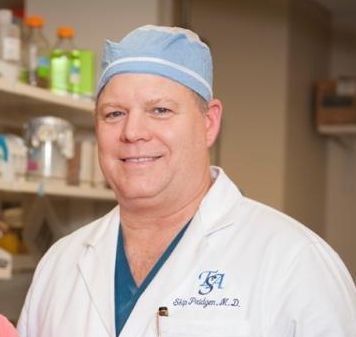 Congratulations to Dr. Pridgen for persevering and potentially bringing a new therapy and new understanding of fibromyalgia to the fore.

However, it turns out it’s been gratifying to see Dr. Pridgen’s work over the past 10 years pay off in this big 460-person, multicenter, antiviral trial. It’s slated to end in June of this year. The fact that Pridgen was able to get an antiviral trial underway in a disease that’s never shown the slightest interest in pathogens is astonishing in itself. This is one of the big FM trials which, if successful, could ultimately result in FDA approval – and a dramatic reassessment of the disease itself.

Check out a rather astonishing recovery story.

A Study to Evaluate Lu AG06466 in Participants with Fibromyalgia – this intriguing drug inhibits the enzyme that breaks down endocannabinoids – thus making this feel-good compound more available. An inhibition of the body’s own cannabinoid production has been proposed for FM. The drug may also reduce neuroinflammation. (An endogenous opioid assessment study is also underway in FM.)

Marijuana as Medicine for ME/CFS and/or Fibromyalgia Pt I: The Science Behind Cannabis

The Effect of Minocycline and N-acetylcysteine for the Treatment of Fibromyalgia Minocycline has stirred interest as a possible anti-neuroinflammatory and NAC is a potent antioxidant that can make it to the brain. Some evidence suggests that using them together may produce synergistic effects.  Shungu’s preliminary NAC findings in ME/CFS were promising and a NAC treatment trial is underway in ME/CFS.

This and Pridgen’s trial may be the trials to watch out for. This big Phase II trial, if successful, would quickly be followed by a Phase III trial, setting up this drug for FDA approval. NYX-2925 by Aptinyx is notable in that it could help with both sleep and pain in FM. The trial was projected to end in June 2022.

Symptom improvements by this drug have been correlated with reductions in the excitatory and sometimes neurotoxic compound glutamate in two key pain processing areas in the brain (insula, anterior cingulate). (Studies have highlighted those brain areas in ME/CFS as well.) NYX-2925 is also intriguing in that it apparently provides a kind of neuroplastic boost by enhancing synaptic plasticity.

Aptinyx, its manufacturer, appears to be quite high on the drug and expects it to be helpful in other chronic pain conditions characterized by central sensitization. (That would, of course, include ME/CFS).

It’s been over ten years since the last drug was FDA approved for FM. Hopefully, Aptinyx breaks the string of bad luck visited upon several recent major efforts (Mirogabalin, TNX-102) to bring a new drug to market for FM. Speaking of bad luck…

This drug is down right now but this drug has been down before and could emerge to be a game-changer. It’s had lots of study in lots of FM patients and a good result could put it over the top. 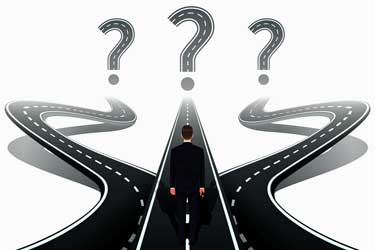 We should know soon if there’s a path forward for Tonix’s TNX-102 SL in fibromyalgia.

That said, no potential FM drug has had a more rollercoaster journey than Tonix’s TNX-102 SL drug. Excited to add a sleep and pain improving drug to the FM drug basket, Tonix started TNX-102’s phase III trial in FM before it’s phase II trial had ended.

That trial didn’t make its endpoints (wiping out $70 million in stock valuations) but then after the drug worked in PTSD at a higher dose, the company re-evaluated its data and began another larger phase III drug trial only to suspend it mid-trial in July of last year after an interim analysis suggested that it would make not make its primary endpoints.

Then in November, the company reported positive results from the truncated FM trial stating that it did meet its primary endpoint (reducing daily pain) and showed “activity” with regard to improved sleep, reduced fatigue and functionality.

Tonix doesn’t know what to do regarding their flagship drug right now. Two similar studies have produced different results and they don’t know why. They expect to have the analysis done sometime early this year. Meanwhile, one media outlet reported another Phase III trial – the third one for this drug (!) is expected this year.

The company reported it was considering tryingTNX-102 out in long COVID.

It’s really good to see anti-CGRP based drugs developed to treat migraines – a common comorbid condition in both FM and ME/CFS – get a shot at fibromyalgia as well. Check out a story of an FM patient who found that both her migraines and FM got better on one of these drugs.

*Possible Game Changer  –A Study to Test the Effectiveness and Safety of Fremanezumab on Patients With Fibromyalgia -.

The size of this trial (220 patients) indicates that its drug manufacturer (Teva) has high hopes for this drug. While it’s not clear that this one trial would be enough for drug approval a positive result would mean a quick turnaround trial plus it would surely encourage other anti-CGRP drug companies to quickly jump into the lucrative fibromyalgia drug market. This project was expected to end in March 2022.

Magnetic Stimulation of the Brain

PEA (palmitoylethanolamide) – It’s great to see this anti-inflammatory and neuroprotective product being trialed in FM. PEA is a natural substance that’s produced on demand in areas of local inflammation.  It appears to be able to tamp down inflammation and microglial and mast cell activation.

PEA has been described as a case study of the medical research establishment ignoring possibly effective treatments that it doesn’t understand. It apparently took a Nobel Laureate to spark interest in the drug.

Many European studies have apparently assessed PEA’s effectiveness in pain but this is the first FM study that I know of to do so. Find out more about PEA.

Dr. Ginerva Liptan has said that massage is amongst the most effective treatments for her patients.

Exercise has been a major theme of FM clinical trials for a long time.

The Looking Forward to 2022 Series

Check out Pt. I of Health Rising’s “Looking Forward to 2022 Series: The Long COVID Research Boom