Patient “X” was living high when he got ill. A course creator and director for an enterprise delivering transformational experiences, X thrived on his 100-hour work weeks. From the U.S. to lndia to Australia to Germany, he made his living making a difference with people, and he loved it. 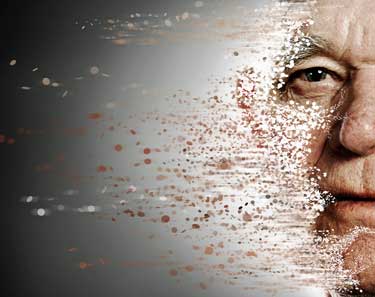 X was extremely productive by society’s standards but it mattered not when he met up with ME/CFS.

That is until one day in 1990 when he was exposed to an ungodly amount of toxins and suddenly went from a force of nature to a twitchy, hypersensitive wreck.  “X” remembers the exact day he became ill.. On a scale of 1-10, with ten being perfectly healthy, X went from a 10 to 1-3 with remarkable speed. He was sick, often terribly sick, for the next 26 years.

It was a remarkable transformation for a remarkably productive human being. Fatigue, post-exertional malaise, pain, noise and light hypersensitivity, cognitive issues, gut problems, vertigo, orthostatic intolerance – you name it, he had it.  Dr. Cheney told him he went from aerobic to anaerobic on an exercise test faster than anyone he’d ever seen. He was so hypersensitive to noise that his children’s rambunctious yells felt like someone was plugging his nervous system into a light socket. Any kind of stress such as a little alcohol or even mild body work could leave viral lesions bubbling up to his skin. Some years he was able to work only a few hours.

X had made his living transforming people’s lives; now he had to continually stop himself from committing suicide.

X ended up serving as one of Dr. Cheney’s human test subjects for about 20 years. Dr. Cheney was nothing if not creative in his search to help his ME/CFS patients, but little of it other than Klonopin helped. The rest of it (vaso-intestinal peptides, whey powder, cell signaling factors, GcMAF (three-year relapse, etc. etc.)) either didn’t work, wasn’t tolerable, or in some cases initially produced an improvement but was followed by a crash.

X didn’t stop at Dr. Cheney. A short stint with Dr. Peterson failed to produce results as well, so on his own he tried spiritual integration therapy, brain retraining, enhanced external counter pulsation (EECP) therapy, and at one point even a shaman. He estimates he spent about $200,000 over 25 years in his quest to get well – none of which moved the needle much on his health.

By the time he stopped seeing Dr. Cheney a couple of years ago, he’d resigned himself, not surprisingly, to a future of unrelenting illness. Then he heard of a longtime Chronic Fatigue Syndrome (ME/CFS) patient who’d recovered doing a doctor’s new protocol.

He decided to give his health one more shot.

That doctor seemed the unlikeliest candidate for a breakthrough.  A surgeon in the modest sized town of Tuscaloosa, Alabama (pop 99,000) one Skip Pridgen was trying to turn the world of fibromyalgia and ME/CFS upside down.

Pridgen had no history in fibromyalgia and is not a researcher, but he is an intuitive and sharp doctor, probably in much the same way that Dr’s Fluge and Mella in Norway are. When he saw some of his surgical patients with fibromyalgia linger even after a successful surgery, Pridgen dug deeper. Surmising that the culprit could be a herpes virus, Pridgen tried antivirals and then over time added more drugs. Eventually he came up with a unique protocol.

Dr. Skip Pridgen and Carol Duffy PhD – a herpes simplex virus expert –  proposed that herpes simplex virus -1, not EBV or CMV, but HSV-1 – a virus that had never been associated with FM or ME/CFS – was the culprit. The virus, they believed, was turning off “circuit breakers” in the body which affected, depending on where the virus was lurking, everything from pain, sleep, digestion, cognition, and the ability to exercise. (Note the similarity between their conception of ME/CFS/FM and Dr. Oaklander’s: both believe something, an autoimmune process or infection is attacking nerves across the body.)

Pridgen didn’t know why HSVI-1 was reactivating in ME/CFS/FM patients but he had a novel idea how to treat it.

Three drugs formed the basis of “X’s” protocol – an antiviral (Famvir), an anti-inflammatory (Celebrex), and an antidepressant. Each drug smacked HSV-1 in a different place in its replication cycle, rendering it inactive and unable to replicate.  At one point, Pridgen upped his antiviral drug dose. Any time X was under stress he was advised to temporarily increase his dose.

Pridgen’s treatment protocols don’t stop at the viruses, however.  Believing the body needs the maximum opportunity to heal, he addresses every physical factor he can find.  X’s gut issues, for instance, were addressed.  Tramadol was prescribed to temporarily get his body out of pain – another stressor.  X described a friendly, intuitive and sharp doctor.

After 26 years X said it was hard to imagine getting well. In fact, it had only taken one year of illness to erase all memories of wellness for him. He simply could not dredge up that experience. So, when his health finally did start turning, it was a moment to remember.  In fact,  X remembers the moment he knew that the “switch had flipped”.

About ten weeks into the Pridgen protocol he and his wife were at a noisy, crowded restaurant – the kind of high stimuli place that usually left him dizzy and sound sensitive. This time he realized that he was absolutely fine. .He was coming back. He turned to his wife and said, “the switch just flipped.”

The sensation was so vivid that it reminded him of Dr. Naviaux’s Dauer hypothesis where cells in danger turn themselves off, and then back on when the threat has passed. Cognition, digestion, sleep, the ability to tolerate exercise, physical musculature – everything improved as the protocol began to work. 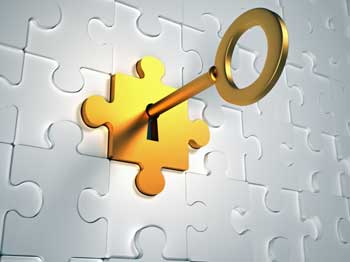 A couple of months into Pridgen’s protocol, the switch flipped for X

Two months after X started to improve, Pridgen told him to start exercising. Exercise used to exhaust him and make him dizzy and crash for one or two days following. Now its only side-effect is that he’s getting stronger.  At 68, X is now doing Pilates and firming exercises every other day. Eight months after he started Pridgen’s protocol he reported that he’s now a 8/10 on the health scale.

X knows four people who have either recovered or almost recovered on Pridgen’s protocol. When last heard from, a friend who’d been sick for 30 years was putting a new roof on her house – herself. Another person with Lyme disease who’d lost his hearing and had night-terrors is now back at work and sleeping fine.  X’s son, ME/CFS apparently runs in his family, is recovering as well.

Whether or not Pridgen’s protocol works for one person or another, it’s very good news to see someone who’s at their best, someone who was a “3” out of 10 for over two decades return over a period of six months to good health. In X’s case the phoenix truly did rise from the ashes. X’s recovery suggests that long term damage had not been done. Perhaps ME/CFS/FM patients’ systems have been put to sleep as Naviaux has suggested and can be re-awoken…

After 26 years of misery, X said he considers anyone who has ME/CFS and is still here heroic.

Through the Valley of Death

Before Pridgen, nobody had seriously proposed that viruses might be at the heart of fibromyalgia. Undeterred by the total lack of agreement in the fibromyalgia field, Pridgen formed a startup, got through his Phase II trials, and is now attempting to make his way through the “Valley of Death” in drug development –  the Phase III trials.  Pridgen reported that he is in discussion with a number of investors and that the FDA has cleared the way for the trials to begin once the funding is secured.

The recent Phase III trial losers (Rituximab, Mirogabalin, the Flexeril derivative, the Synergy Compound) in both ME/CFS and FM point to what a big hurdle those trials can be. Each of these treatments seemed on track to succeed. On company was so enamored with its drug that it began a world-wide 10,000-person trial in an attempt to get world-wide approval. The drug failed.

Pridgen’s protocol is in about the same place that Rituximab was in a couple of years ago. The early reports were very good leaving patients excited.  As with Rituximab, it’s clear that some people benefit greatly but we don’t know if they are a few lucky individuals or if the treatment will broadly work. Next year, if Pridgen can get the money together, his big Phase III trials will begin and we’ll see if Pridgen will upend our understanding and treatment of fibromyalgia.

Thanks to the 133 people who’s support has brought HR 60% of the way to meeting its fundraising goal. Dr. Pridgen’s antiviral protocol is of enormous interest to both FM and ME/CFS patients. How have most people found out about it? A Google search reveals that blogs produced by Health Rising (mostly showing up on Simmaron’s website) dominate the Google search results.

That’s not unusual. From Dr. Pridgen to Ron Davis’s work to small nerve fiber issues Health Rising provides information on many subjects you would never otherwise have heard of. Please keep the information flowing and support HR with your recurring and one-time donations. Find out how here.