Cognition I: Say What? Attention Deficits Highlight Why Fibromyalgia (and ME/CFS) Are Such Different Diseases

How fibromyalgia, chronic fatigue syndrome and allied diseases are so different from diseases like rheumatoid arthritis

Fibro-fog, brain-fog, chemo-fog… It can get pretty dim out there if you have fibromyalgia (FM), chronic fatigue syndrome (ME/CFS) and environmental illness (EI). 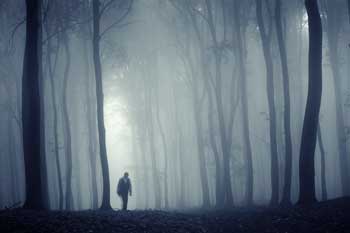 Cognitively speaking – lots of fog out there.

If you have these conditions and feel like you’re having more trouble focusing, paying attention, and processing information – you’re right. Studies have shown that information processing and working memory have taken a hit. That means you just can’t keep up with the streams of information that you used to. (People with post-concussion syndrome and whiplash syndrome experience similar cognitive problems).

In my experience, these are amongst the most disturbing aspects of these diseases. A reduced inability to follow and to take part in conversations, to communicate effectively, to engage at the intellectual level one is used to, is disturbing, to say the least.

Recently, a couple of studies have highlighted the cognitive problems in fibromyalgia, and one of them did so in a way that demonstrated why FM is so different in some ways from other pain disorders.

FM is kind of a multidimensional illness, masquerading as a pain disorder. It’s different from other pain disorders in the sheer spread of symptoms it can produce. Problems with stimuli, cognition, sleep and exertion often exist right alongside the problems with pain in FM.

Even the pain in FM is different. While people with rheumatoid arthritis (RA) experience pain in the many places where their immune system has attacked their joints, skin, eyes, etc., the pain people with FM can experience doesn’t appear to result from localized spots of inflammation. The multidimensional pain experienced in FM appears to derive, at least in part, from their brains – and that may make all the difference regarding cognition…

The “Attentional function in fibromyalgia and rheumatoid arthritis” study focused on one aspect of cognition: attention. Researchers have identified three different kinds of attention – all of which were tested in something called “the Attentional Network Test (ANT-I)”:

Pain, anxiety, depression, sleep and fatigue questionnaires were also given. Fifty-six women with FM, 41 with RA and 50 healthy women participated.

The multidimensional nature of FM showed up in spades in the symptom questionnaire scores. People with FM had higher pain, anxiety, depression, sleep and fatigue scores than the RA patients and the healthy controls.

Cognitively speaking, the FM patients had slower reaction times (slower information processing times) and made more errors than either the RA patients or controls.

The reaction times of RA patients, on the other hand, did not differ from those of the healthy controls; e.g. people with rheumatoid arthritis do not have problems processing information. Each of the three attentional domains was affected to the same degree in FM.

Importantly, the inability to stay focused and respond quickly during the test was not a function of how much pain the FM patients were in, as some have thought. Instead, this study suggested that problems with attention and concentration come from somewhere else. A 2018 study came to the same conclusion. While the study showed that diverting one’s attention away from pain onto another task did reduce the pain FM patients were experiencing, it did not find that pain was actually interfering with attention.

The question is why FM patients experience brain fog while people with RA – who also experience a lot of pain and fatigue – generally do not. This study suggests that the pain and fatigue in these two diseases are being produced in two fundamentally different ways.

The authors believe the core differences in the two diseases may account for the increased cognitive problems found in FM. One disease (RA) is an inflammatory one centered in the body, while the other (FM) is a central nervous system disease characterized by central sensitization.

Central sensitization refers to overactive pain pathways in the spinal cord and central nervous system. How could overactive pain pathways, though, result in difficulty concentrating and paying attention? Via neuroplasticity – the ability of one part of the brain to take over the operations of another part. The brain can basically redesign itself to some extent and re-task parts of it to take on new functions.

It turns out that the brain networks (anterior cingulate, prefrontal cortex) that process pain, and those involved in paying attention, partially overlap. The authors propose that heightened activity in the pain networks is stealing resources, so to speak, from the brain networks designed to help us concentrate and pay attention. They’ve been partially reconfigured, in other words, to focus on pain. That leaves FM patients with less brain bandwidth to focus on what’s going on around them.

This pattern appears to hold up within the FM community itself. An earlier study found that FM patients with allodynia (where touch elicits pain) – an extreme marker of central sensitization – had more cognitive issues than FM patients without allodynia.

Jarred Younger may have provided the most intriguing difference between RA and ME/CFS/FM. Despite the severe fatigue reported by some RA patients, Younger, to his surprise, was unable – using both thermal mapping and metabolite analysis – to find any evidence of significant brain inflammation in RA.

Compare that to the widespread pattern of neuroinflammation Younger and others have found found in ME/CFS, fibromyalgia and Gulf War Illness.

“We previously reported elevated CHO, LAC, MI, and temperature throughout the brain in myalgic encephalomyelitis/chronic fatigue syndrome (ME/CFS) [14]. Despite the fact that both the ME/CFS group in the previous study and RA group in the current study had significant self-reported fatigue (≥ 6 out of 10), only the ME/CFS group evidenced signs of brain inflammation.” Younger

“The difference in results could indicate ME/CFS is a CNS disease, while RA is a disease primarily of the peripheral joints. The MRSI scan may, therefore, be useful in identifying individuals with central inflammatory origins of fatigue.” Younger

Younger recently published a small study that validated the thermal brain mapping technique he used to find neuroinflammation in ME/CFS, and I believe that he’s doing a similar study in FM. If Younger’s approach holds up, it presents an easier and possibly more direct method of measuring neuroinflammation.

Younger has also finished his study of botanicals with neuroinflammation-fighting potential. Hopefully that study will be published soon. 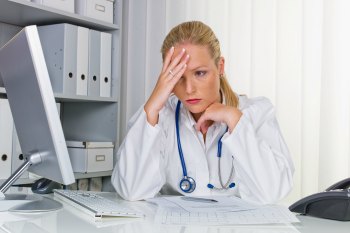 Rheumatology and fibromyalgia have turned out to be a bad fit.

A small, recent study found that 47% of rheumatologists refused to treat FM patients at all. The survey suggested FM was not only considered more difficult to treat but was also more apt to be characterized by problematic doctor-patient relationships – which the doctors, of course, decided was the fault of the patients.

Another, larger survey found that only 44% of physicians were willing to accept further FM patients, largely because of the doctors’ inability to control their patients’ symptoms. Patients’ emotional responses were considered another factor.

Of course, it’s not just rheumatologists. Neurologists display the same pattern (but perhaps worse). No one right now is particularly good at treating neuroinflammation. The good news is that neuroinflammation is a growth field with lots of funding going to find better treatments.

That’s good news as for RA as well, as somewhere around 25% of people with RA develop FM during the course of their illness. Acquiring FM has, not surprisingly, been associated with increased symptoms and worsened disease outcomes in RA patients.

It turns out that if you stress the pain processing systems long enough, some will go haywire; fibromyalgia actually shows up in a subset of patients in many chronic pain illnesses.

In its more severe form, difficulty paying attention shows up as attention deficit hyperactivity disorder (ADHD). Several studies suggest that ADHD may be quite common in fibromyalgia and ME/CFS, and attention problems seem (to me anyway) to be a core feature in these diseases. It’s no accident that the “wired and tired” symptom popped up so prominently in ME/CFS/FM.

ADHD also, interestingly enough, appears to be common in Ehlers Danlos Syndrome (EDS) and joint hypermobility (JH). One group suggested that conditions common to ME/CFS, FM, POTS, EDS and JH such as fatigue (which is more common in ADHD), chronic pain, dysautonomia, impaired coordination provide a kind of “bridge” to ADHD.

Whatever explains ME/CFS and FM is going to also have to be able to explain the strange ADHD-like nature of these diseases.

Stimulants can help some people with ADHD focus better. Given the hypothesis that activated pain circuits are draining resources from the nervous system pathways that help us focus, it’s not surprising to see that studies have shown that neuroplastic/brain training approaches such as mindfulness techniques can be helpful in ADHD. A cognitive training technique was still effective three years later, and mindfulness-oriented meditation, hatha yoga, etc. studies have produced positive results. While descrying the quality of some of the studies (nothing new there), a review found that all studies showed positive results.

Both people with fibromyalgia (FM) and rheumatoid arthritis (RA) experience severe fatigue and pain but only people with FM demonstrated problems with attention and focus on a cognitive test. That’s because, the authors believe, that the fatigue, pain and cognitive problems in FM derive from a central nervous system condition called central sensitization while the fatigue and pain in RA come from an inflammatory condition in the body.

Neuroinflammation studies back this up. Widespread neuroinflammation has been found in FM and ME/CFS but not in RA. Despite the fact that people with RA and FM have some similar symptoms and see the same specialists they are very different diseases.

The attention problems found in this study were not surprising. Several studies suggest that attention deficit hyperactivity disorder (ADHD) is common in FM, ME/CFS and allied diseases. Stimulants and mindfulness techniques techniques can be helpful with ADHD.

See the next cognition blog in this series: