The Norwegians are doing it again – reminding us that the fight to understand ME/CFS/FM is an international effort and that crucial insights are coming in from across the globe.

The Norwegian odyssey has been interesting. Fluge and Mella began with an immunological treatment (Rituximab), and are assessing another one, cyclophosphamide, but have had their eyes on energy production for quite some time. Their 2016 metabolic profiling paper suggested that something had gone wrong with a key enzyme called pyruvate dehydrogenase (PDH), and in 2019 Katrina Lien’s 2-day exercise study found high accumulations of lactate.

Now comes a big, complex, and undoubtedly quite expensive Norwegian metabolic study. In fact, one of the authors called the study “A map of metabolic phenotypes in patients with myalgic encephalomyelitis/chronic fatigue syndrome“, “the most comprehensive overview of the metabolism” in ME/CFS to date.

Given how important metabolomic studies have been to this field that was big news.  Led by two researchers new to the field (Fredrick and August Hoel), and overseen by several old hands (Karl J Tronstad, Øystein Fluge, Olav Mella), the 118-person study incorporated metabolomics (metabolites), lipidomics (cellular lipids; i.e. fat) and hormonal assessments together to produce a ” metabolic map” of ME/CFS.

About 1,700 substances in the blood were assessed. The ME/CFS patients in the study met the Canadian Consensus Criteria.

Particularly in an area that potentially cuts so close to home – energy production – it’s important to see consistent results – and this study had them in spades. The fact that the levels of 67 metabolites were either significantly higher or lower in ME/CFS suggested a core energy production energy problem was present.  In a Science Norway report, Tronstadt noted the widespread changes found in two groups of compounds closely tied to energy production – amino acids and lipids.

“When you find such extensive changes in the pattern of amino acids and lipids, it indicates that something is going on with the energy metabolism,”

The principal components analysis showed a quite clean separation between the groups.

In a recent interview, Chris Armstrong, the leader of the OMF funded Australia said the dirty fuel scenario- the cells of ME/CFS patients have turned to a dirty fuel (amino acids) to power them – was holding up.

It certainly did in this study which suggested that ME/CFS patients’ cells are simply doing what any cell (or person) would do when starving or put under extreme metabolic stress: they’re basically consuming everything and anything they can to survive.

The most comprehensive metabolomics study to date came up with a plus – a new kind of “comic: analysis – lipidomics – the study of fats

Widespread changes in amino acid and lipid metabolites pointed to a possible dysfunction in energy production.

This study suggested as past studies have, that the cells of people with ME/FS are trying to get a hold of energy in any way they can. Instead of relying on carbohydrate metabolism for a clean source of energy, they’re turning, for some reason, to “dirty fuels” such as fatty acids and amino acids.

While a core metabolic issue seemed to be present in all the ME/CFS patients, three subsets of patients could also be identified. The authors proposed that the three subsets represented different ways the cells of people with ME/FS are attempting to compensate for their metabolic deficiencies.

One group – the M1 group (about 40%) was characterized by high degrees of fatty acid and amino acid breakdown. High levels of ketone derivatives also suggested this group had a ketogenic slant. Little evidence of mitochondrial problems was found, and the authors characterized this as the “lipolytic” group. Their metabolic profile was similar to that seen in starvation and after high-intensity exercise.

The M2 group (about 45%) displayed increased fatty acid breakdown but was characterized more by increased amino acid breakdown. Evidence of mitochondrial dysfunction (high pyruvate levels) was also found. This group, which had the most severe symptoms, had similar metabolomic/lipidomic profiles to diseases characterized by inflammation.

The M3 group (@15% of the study) appeared to be intermediate between the healthy controls and other ME/CFS groups but was too small to be assessed statistically.

Calling ME/CFS an “immunometabolic” disease, the authors posited that an autoimmune reaction is impairing blood flows to the tissues and pointed to a finding suggesting that the oxygen in the blood is not getting to the mitochondria.

The idea that blood flow problems are playing a key, even central role in ME/CFS has gained traction lately with these authors, Wirth and Scheibenbogen, Systrom, Shungu, and others proposing it.

That approach makes sense if you’ve just finished a marathon – not so much if you’re at rest. The authors noted that the branched-chain amino acid consumption and fatty acid breakdown. Reduced bile products and the elevation of purine nucleotides they found in ME/CFS mirrors what’s seen after intensive exercise – except that ME/CFS patients were not, of course, exercising. They underscore ME/CFS patients’ experiences, though, of feeling like they’ve run a marathon, despite the fact that they’ve been at rest. They concluded that:

” These observations may suggest that metabolism is stressed in ME/CFS patients even in absence of activity.”

It’ll be fascinating to see Chris Armstrong’s results as he dives deep into these cells and finds out how the cells are behaving and what they’re using to power themselves.

While a core problem seemed to exist, there was nevertheless lots of spread in the other metabolic data – suggesting that different people were compensating for the “energy strain” present in different ways. In the Science Norway interview, Tronstad explained how this might be happening.

“If one part of the system fails, you can initiate a reserve programme to save the situation. We think these reserves might be more individual, which could explain the different subgroups we’ve seen here”.

This appears to be the first study to clearly identify 3 metabolic and “lipodomic” (lipid) subsets. The principal components analysis (PCA) showed a surprisingly clear separation between the three groups.

The M1 group made up about 40% of the ME/CFS participants. It featured high concentrations of ketone bodies (3-hydroxybutyrate, acetoacetate) and lots of lipid metabolites which the authors believed might indicate a shift toward a more ketogenic metabolic state and a lot of fat burning.

Although the authors didn’t say so, one wonders if this group might benefit from a more ketogenic diet which provided plenty of fat stores for their cells to utilize. Low levels of amino acid metabolites also suggested that this group was breaking down their muscles to provide energy. Low tryptophan levels suggested this group was missing this vital compound.

Pyruvate and Krebs cycle (aerobic energy production) metabolites, interestingly, displayed only minor alterations suggesting, perhaps, that pyruvate was being broken down mostly properly and the Krebs cycle was not broken.

The authors proposed that the people in the M1 group were caught in a “lipolytic state” due to problems utilizing carbohydrates for fuel. No mention was made of problems with aerobic metabolism.

They noted that this pattern is found is similar to those found in starvation or after exercise.

The M2 group was found in about 45% of the ME/CFS participants. In contrast to the M1 group, the M2 group had lower levels of fatty acid derivatives – suggesting that they weren’t breaking down their fatty acids as extensively. Higher levels of amino acid derivatives, on the other hand, suggested that this group was breaking down amino acids, instead.

The M2 group may also have mitochondrial problems.

The authors concluded that this group may have had problems with lipid metabolism, mitochondrial oxidation, and “lipid trafficking and storage”.

The lipidome analysis found high levels of triglyceride fats (TAGS) and low levels of non-esterified (“free” or unsaturated) fatty acids (NEFAs). They noted that high TAGS are often associated with metabolic imbalanced and cellular and mitochondrial stress responses. Similar types of findings have shown up in chronic diseases characterized by inflammation.

This group, perhaps not surprisingly, given the emphasis on lipid and amino acid metabolism and possibly mitochondrial problems – were the severely affected.

The smallest group (15%) appeared to be intermediate between the healthy controls and the other groups. Too few people were in this group, though, to assess them properly.

The authors proposed that different compensatory responses to the “energy strain” in ME/CFS are producing different metabolic subsets.

The authors don’t believe that metabolism is simply about energy production – not in diseases like ME/CFS, diabetes, multiple sclerosis and rheumatoid arthritis. Calling the problems in ME/CFS “immunometabolic”, Fluge, Mella, and Tronstad proposed in this paper, as well as their recent hypothesis paper, that the energy problems in ME/CFS have an immune origin.

They believe an autoimmune reaction impairing blood flows to the tissues is keeping oxygen from getting to the mitochondria and turning on the powerful aerobic energy production pathways. They pointed to the group-wide elevation in purine nucleotide metabolites found as evidence that oxygen utilization problems are present.

Running low on reserves the authors believe ME/CFS patients cells are “straining for energy”; i.e. they’re attempting to get it however the heck they can.

They’re certainly not alone in their focus on impaired blood flows. Autoimmune processes that interfere with blood flows play a central role in Wirth and Scheibenbogen’s now three-part ME/CFS hypothesis.

Several fibromyalgia studies have also highlighted possible endothelial and microcirculatory issues. Blood flow and red blood cell issues are also being seen in long COVID and could be the tie that binds all these diseases.

Time will tell if an autoimmune or immune reaction (Bruce Patterson believes it’s an immune reaction) is whacking the blood vessels and/red blood cells in these diseases.  It’s good to see the research findings and hypotheses in this often rather rdiscombobulated field cohere around problems with energy production and blood flows. 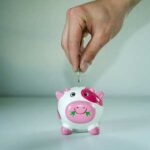 If there’s anything Health Rising’s been has focused on it’s been energy production. Over the past nine years, HR has devoted over 60 blogs to the energy production issues in ME/CFS, FM, and now long COVID. That’s because our goal is to keep you up to date on the potentially most far-reaching findings in these diseases. Regarding that, nothing beats energy production.

Ask yourself where else you’d be getting this information and please support Health Rising.