Recent studies featuring potentially game-changing blood vessel problems in ME/CFS/FM and long COVID have been illuminating but have lacked a crucial component: how it all started.

A July study led by Edward Yang and fellow Yale researchers published in the Nature journal provides one possible answer. In the “Diverse functional autoantibodies in patients with COVID-19” study, Wang used a high-throughput autoantibody discovery method known as rapid extracellular antigen profiling (REAP) to assess the production of autoantibodies produced during and after COVID-19.

In their zeal to get rid of a pathogen or foreign substance, sometimes the B-cells make a mistake and produce autoantibodies that attack our own tissues – causing an autoimmune disease.

Autoantibodies aren’t necessarily or even mostly dangerous. A recent study comparing post-intensive care non-COVID patients with COVID-19 patients suggested that any serious illness is likely to result in increased levels of autoantibodies. Avindra Nath has stated that autoantibodies are found in large numbers in every neurological illness and doesn’t seem to think they are of great consequence.

The Wang study suggested, though, that the SARS-CoV-2 infection had produced an explosion of rare and uncommon autoantibodies. Three general classes of autoantibodies were found:

Autoantibodies targeting the interferon antiviral system suggested that the B-cell response had mistakenly knocked out one of the most potent antiviral responses in the body – resulting in severe illness.

Laboratory (in vitro) tests suggested that the autoantibodies were indeed having an effect and were associated with reductions in cytokine levels and natural killer cells and monocytes.

Antibodies attacking the coronavirus. Large numbers of rare and uncommon autoantibodies were found during and after a coronavirus infection.

Another study found that COVID-19 spurred the production of a certain slice of autoantibodies focused on the skin, smooth and skeletal muscles, and cardiac tissues. That was an intriguing finding given other studies that have suggested that blood vessel functioning is impaired in long COVID.

This wouldn’t be the first-time autoantibodies have been proposed to affect blood flows, hearts, and gastrointestinal systems in people with post-infectious illnesses. Over the last decade or so, researchers have been asking whether a similar process is occurring in postural orthostatic tachycardia syndrome (POTS) and chronic fatigue syndrome (ME/CFS).

The fuss all revolves around a certain group of receptors.

The binding of a G-protein receptor (red marks).

The autoantibodies in question in ME/CFS, POTS, and long COVID are all focused on the G-protein receptors that control autonomic nervous system functioning.

The receptor question is complicated and detailed and many people may want to skip ahead or go straight to the Gist at this point.

The crucial thing to get, though, is that the receptors these autoantibodies may be affecting govern things like blood flows, heart rate, gut motility, and energy production. As such, they play a particularly important role in our ability to exercise and stand without symptoms. Given that, the question whether autoantibodies triggered by an infection could be affecting these receptors in these diseases certainly makes sense.

The two main kinds of receptors in question are the adrenergic receptors and the muscarinic receptors.

Sympathetic nervous system (SNS) produced hormones like epinephrine and norepinephrine use the adrenergic receptors on the cells in the heart, blood vessels, gut, etc. to make things happen.

During exercise, the alpha-adrenergic receptors induce the blood vessels to constrict in order to force more blood into the muscles. Meanwhile, the beta-adrenergic receptors are causing the blood vessels associated with the intestines, skin, and kidneys to relax – diverting blood away from those organs in order to make more blood available to the muscles.

Beta-adrenergic receptors (B1AR, B2AR) mainly occur in the bronchial, heart, and uterine muscles. They cause the smooth muscles lining the blood vessels, gut, etc. to relax resulting in reduced blood flows, increased relaxation of the bronchial tubes and gut, and increased heart rate.

They also induce the liver and other tissues to produce glucose in an attempt to make that essential energy source more available to the muscles. They also activate the renin-angiotensin-aldosterone system (RAAS or RAS). Increased angiotensin II levels induce vasoconstriction thus increasing blood pressure and driving more blood flows to the muscles.

By turning down blood flows to the skin, gut, etc. the beta-adrenergic receptors ensure that enough blood is available for the muscles during exercise. They also help provide more energy by promoting the production of glucose.

Of course, it’s not as simple as that. Different receptor subtypes produce different effects. In order to decipher what the studies have found, we need to know what these specific receptors do. (You may REALLY want to skip this part.)

The last two receptors of interest concern the muscarinic receptors that regulate the other side of the autonomic nervous system – the parasympathetic nervous system (PNS). These receptors respond to acetylcholine – the main neurotransmitter of the PNS.

Since the PNS keeps the sympathetic nervous system (SNS) in check, and since SNS activation appears to be increased in ME/CFS, it would not be surprising to find that problems with these receptors occur in ME/CFS/POTS – and some studies suggest they do.

As the adrenergic and muscarinic autoantibody question has been investigated longer in POTS than in ME/CFS, it makes sense to tackle POTS first.

Note that damage to different receptors in these diseases may be evoking very different responses. For instance, damaged or dysfunctional B1AR receptors in POTS may prevent the blood vessels from tightening down enough and providing the pressure needed to drive the blood into the tissues. In an effort to get those receptors working again, it’s speculated that very high levels of the stress hormone norepinephrine are leaving POTS patients “wired and tired”.

Autoantibodies to a receptor not discussed, the angiotensin II type 1 receptor, may also be preventing the blood vessels in the legs from narrowing enough to stop blood pooling in the lower body upon standing.

The autoantibody situation in POTS is promising, but not entirely clear as different studies have, at times, found problems with different receptors.

A 2017 study found autoantibodies to several adrenergic receptors (α1AR, β1AR, and β2AR) in most POTS patients. The study also produced an important finding when the IgG serum from the patients was shown to impact the receptors in question.

Elevated autoantibodies to the B1 and B2AR, A2AR, and M3AR receptors were found in POTS in another study. By 2018 a University of Oklahoma group had demonstrated, in mostly small studies, the presence of four different autoantibodies (α1AR, β1/2AR) in POTS patients.

The fact that the study found only a weak correlation of symptom severity with these autoantibodies, though, cast some doubt on the role they were playing.

Overall, the study results suggest that autoantibodies may indeed be affecting these receptors – and POTS patient’s health – but larger studies are clearly needed to validate the findings.

Wirth and Scheibenbogen believe that elevated autoantibodies to the B2 adrenoreceptor (ß2AdR) and the M3 acetylcholine receptor play a crucial role in ME/CFS. They speculate that damage to these receptors has impaired the ability of the blood vessels to vasodilate – leaving them in a cramped narrowed state that’s impairing blood flows to the tissues. A massive attempt to open those blood vessels via the production of pain and fatigue-causing vasodilators is then producing the symptoms found in ME/CFS.

Several studies suggest that autoantibodies to these blood vessel, heart, and gut-affecting receptors may indeed be contributing to ME/CFS in at least in a subset of patients.

A large 2016 trial found that antibodies against β2, M3, and M4 receptors were significantly elevated in about 30% of ME/CFS patients. A 2020 paper potentially linked autoantibodies to the two beta-adrenergic receptors to abnormal findings regarding connections in two parts of the brain. 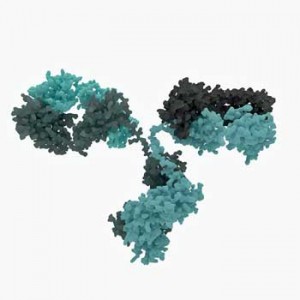 Could autoantibodies be causing mischief in ME/CFS, POTS, and long-COVID.

Another 2021 paper found low levels of sCD26 were associated with increased autoantibody levels against A1AR and M3 muscarinic acetylcholine receptors (mAChR). That could set the stage for a syndrome characterized by problems with vasoconstriction and/or vasodilation of the blood vessels.

As in POTS, the results thus far are promising, but larger, more comprehensive studies are clearly needed to validate the autoantibody findings and to demonstrate the effects they’re having.

A German group reported in August 2021 that they’d found “functionally active antibodies” targeting the G-protein receptors in 31 long-COVID patients. Several of those receptors, the β2-adrenoceptor (β2AR), the α1-adrenoceptor (A1AR), the angiotensin II AT1-receptor (AT1-fAAB) have become of interest over time in ME/CFS.

Speaking in superlatives not usually seen in a scientific paper, they reported an “astonishing finding” of an “unusually high number” of autoantibodies to G-protein receptors and immediately commented on the similar antibodies found in ME/CFS and long COVID. The authors reported, in fact, that almost all the sera from the long-COVID patients contained similar autoantibodies being assessed in ME/CFS.

The presence of autoantibodies directed against receptors (angiotensin II AT1 receptor, angiotensin (1–7) MAS) that regulate the renin-aldosterone-angiotensin (RAS) system made sense as well given that the RAS system appears to be dysfunctional in ME/CFS/POTS as well as long COVID. In both diseases, the anti-inflammatory aspects of the RAS system appear to be inhibited, while the pro-inflammatory and vasoconstricting aspects are being exacerbated.

While the authors were a bit excitable, it was intriguing to see some of the same autoantibodies being assessed in ME/CFS patients show up in long COVID as well.

The hypothesis that an infectious event that has unleashed autoantibodies that are affecting receptors that control blood flows, heart rates, digestion, and energy production makes sense.

Two COVID/long-COVID studies found that the infection spurred the production of surprisingly high rates of autoantibodies, some of which remained at high levels. The study’s findings were particularly interesting given that the autoantibodies mainly targeted systems of particular interest in ME/CFS/POTS and long COVID such as the immune system, the vascular system, the blood, the skeletal muscles, and the heart.

One study found that the autoantibodies unleashed by COVID-19 particularly targeted immune cells and blood vessels.

In fact, interest in autoantibodies in ME/CFS and related diseases such as POTS far predates the COVID-19 pandemic. Studies in these diseases have suggested that autoantibodies to alpha and beta-adrenergic and muscarinic receptors may be interfering with blood flows in different ways in at least a subset of ME/CFS, POTS, and long-COVID patients.

While the studies have mostly been small and the results somewhat variable, the results have generally been favorable. Small treatment trials and case reports have bolstered those results, but clearly much more work needs to be done for us to be confident that autoantibodies are playing a crucial role in these diseases.

The fact that autoantibodies are getting attention in long COVID provides that this intriguing area of ME/CFS, POTS, and long COVID will get some much-deserved attention.

The most intriguing recent treatment possibility comes from Germany where a drug designed to wipe out these autoantibodies has reportedly worked well in some patients. A blog on that is coming up next

Thanks to everyone who has contributed!

If getting deep into the weeds gets your receptors humming please support us.

This blog demonstrates another of Health Rising’s strengths (and one of its challenges) – a commitment to dig into the details. Those details – the different receptor findings in ME/CFS, POTS, and long COVID – were kind of numbing but they did show something: autoantibodies to the same general groups of receptors – with some differences – are showing up in these diseases.

If that kind of attention to detail turns your receptors on, please support us!