What an intriguing study this Chilean, Portuguese, Austrian and Canadian study is. The study takes two fascinating factors in ME/CFS – the plasma and the endothelial cells – and ties them together. (The plasma is the liquid portion of our blood through which nutrients, hormones, and proteins travel across the body. It’s a light-yellow color and does not include white or red blood cells or platelets.)

It’s been at least five years since researchers found evidence that something in ME/CFS patients’ plasma was hindering energy production, yet no one has been able to identify this mysterious x-factor. The idea of a mystery factor in the blood might be responsible for well, everything, got more interesting when Goebel last year was able to produce fibromyalgia symptoms in mice by giving them something from the plasma (IgG antibodies) of fibromyalgia patients.

Then there are the endothelial cells. These cells lining the blood vessels are responsible for opening them up to allow for more blood flows and also play a role in inflammation and coagulation, and have received increasing interest in ME/CFS, fibromyalgia, and long COVID. That interest dates back at least to 2000 when disturbed endothelial acetylcholinesterase activity was found.

Three recent studies have found evidence of endothelial cell dysfunction in ME/CFS, and several suggest it is present in FM, and/or long COVID.  Bruce Patterson’s long COVID treatment plan, for instance, is focused on preventing immune cells from reacting with the endothelial cells lining the blood vessels.

Getting at the Heart of Post-Infectious Illnesses? Bruce Patterson Talks on Long COVID and ME/CFS/FM

Jeffrey Lubell recently brought another slant to the idea endothelial cell/ blood vessel dysfunction idea when he proposed that leaky blood vessels are literally drowning the tissues near them, causing hypoxia (low oxygen levels) and pain.

Should There be an Increased Focus on Lipedema, the Lymphatic System, and Adipose Tissue Fibrosis in Ehlers-Danlos Syndrome, Fibromyalgia and ME/CFS?

Nitric oxide (NO) – a gas – is the big player here. By releasing NO via the eNOS enyzyme, endothelial cells increase the size of the blood vessels – allowing rich, oxygenated blood to get to the muscles when we exercise, the brain when we think, etc. eNOS production can be enhanced by several different factors, including, interestingly enough, the same G protein-coupled receptors (GPCRs) that some researchers think are getting targeted by autoantibodies in ME/CFS. These GPCRs use substances like histamine, bradykinin, and acetylcholine to promote eNOS production, causing the blood vessels to open.

The question in the “Decreased NO production in endothelial cells exposed to plasma from ME/CFS patients” study – funded by a 2019 Ramsay Award from the Solve ME Initiative – was whether something in the ME/CFS patients’ plasma was doing a number on the enzyme endothelial nitric oxide synthase (eNOS) that triggers the production of nitric oxide. The international crew of researchers assessed eNOS production in a clever way.

The study suggested that something in the plasma may be interfering with the ability of the blood vessels to open up and provide oxygen and nutrients to the muscles and other tissues.

First, they grew or cultured endothelial cells from human umbilical veins and then exposed them to plasma from 11 ME/CFS patients and 12 healthy controls. They measured the cells’ production of eNOS at baseline, and then assessed the ability of the cells to respond to different eNOS boosters.The big question was whether something in the plasma of the ME/CFS patients would inhibit the ability of the endothelial cells to respond to a trigger.

Because the study was most interested in whether autoantibody-associated endothelial dysfunction was occurring, it targeted substances such as histamine, bradykinin and acetylcholine that were likely to be inhibited by GPCR autoantibodies. If GPCR autoantibodies in the ME/CFS patients’ plasma were reducing the production of nitric oxide as suspected, the NO inhibition should show up most readily when they were introduced.

The study, though, found reduced eNOS production across the board: both at baseline and when enhanced with factors like bradykinin, histamine, acetylcholine, and insulin. Whether the endothelial cells were exposed to GPCR-related factors, or insulin, or were not exposed to any factors at all, once the ME/CFS patients’ plasma hit the endothelial cells, their production of nitric oxide tanked. That didn’t mean the GPCR autoantibodies were out as a possible culprit but did suggest something more complex was going on.

Further testing revealed that the signal to produce NO; i.e. eNOS gene expression was, in fact, normal; i.e. the genes designed to produce NO did respond. The fact that eNOS protein levels were normal as well suggested that something “post-translational” found in the plasma was interfering in the step from eNOS to the actual production of NO.

The study had a number of limitations. First, it was quite small and needs to be expanded. Second, because it was a laboratory study it may not reflect what’s going on in the body. 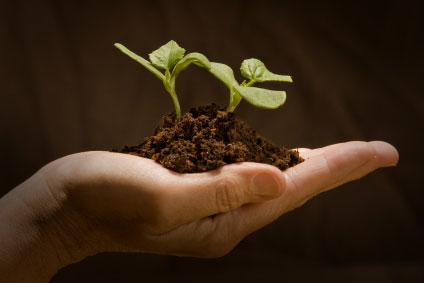 These smaller studies are designed to plant seeds – not decide issues. If the seed this study planted bore fruit it could have a powerful impact. The findings support the intriguing idea that a mystery factor in the blood is interfering with the ability of the endothelial cells to open up the blood vessels and move blood, oxygen, and nutrients to the muscles, brain, etc. Six years after independent labs using different methods came up with the x-factor idea, we still, however, don’t know what it is.

Given this and past study results, it could be affecting the ability to produce energy and move the blood around. Note that we don’t know that a mysterious X-factor exists – there’s simply some evidence that it might. That finding needs to be validated.

Given the recent fibromyalgia plasma study which was able to invoke FM-like symptoms in mice simply by providing them with IgG antibodies from FM patients autoantibodies or other antibodies would seem to be a candidate.

The autoantibodies in question in ME/CFS interact with the same GPCR receptors that help to turn on nitric oxide production. The study, however, found other factors that turn on NO production are also affected – suggesting that the GPCR autoantibodies aren’t the end of the story.

The Endothelial Dysfunction Story in ME/CFS

The idea that something has seriously gone wrong with the blood vessels in ME/CFS has been around at least since 2012 when Newton found evidence of it in both the large and small arteries. With three recently published ME/CFS hypotheses (Fluge et. al.; Wirth and Scheibenbogen; Sfera et. al.), that focus heavily on blood vessel dysfunction that idea has been picking up steam.

Systrom’s invasive exercise studies provided powerful indirect support when they suggested that the blood vessels are leaking either just before they reach the muscles, or after they’ve left the muscles.

A couple of studies have also found direct evidence of endothelial dysfunction, including a recent one that linked disease severity to it. Several more studies have implicated endothelial cell dysfunction in different ways: via miRNA levels, via plasma effect in the lab (this one).

We’ve seen this pattern – in spades – before: studies, most of them small, take stabs at an issue and slowly build up evidence that it’s present – yet with no money to produce definite large studies no conclusions are reached. With three hypotheses showing up in ME/CFS, with this study adding the mysterious X-factor to the equation, and with studies implicating endothelial dysfunction in long COVID as well, this time it feels a bit different.

In a best-case scenario, studies like this would trigger large-scale investigations into both the X-factor and endothelial functioning- and perhaps kill two birds with one stone. The NIH-funded ME/CFS research centers may be our best hope for large, definitive blood vessel studies. Thus far, the centers have been focusing on other matters but the next generation of centers may decide to probe this emerging topic. Let’s hope the NIH really gets with the program – recognizes that ME/CFS’s time has come – and finally supports them with robust levels of funding.

Large endothelial long-COVID studies seem almost certain to come and they provide a superb opportunity to study long COVID and ME/CFS side by side. Since the NIH has decided that it will not allow people with ME/CFS to participate in its Congressionally funded long COVID research studies, we’ll have to look to other groups to include ME/CFS patients in their long COVID research efforts.