“If you think research is expensive, try disease.”—Mary Lasker (NIGMS, 2011)

If any medical field needs help, it’s chronic pain. It’s remarkable, indeed, that the treatment options for a field that affects so many and has such huge economic and human costs still largely rely on opioid drugs, most of which were developed decades ago.

The 2011 Institute of Medicine Report, “Relieving Pain in America“, showed just how estranged institutions like the National Institutes of Health (NIH) can get from the needs of the public. The report stated that as the economic costs of chronic pain – which do not include medical costs – reached $530-650 billion a year in the U.S., the NIH was spending less than 1% of its budget on basic pain research.

Not only was the study of chronic pain vastly underfunded at the NIH, but it was being done in NIH’s rather typically haphazard manner; i.e. there was nothing even resembling a strategic plan. Insights were being produced, but the NIH was clearly not treating chronic pain seriously.

In response to the report, the NIH slowly increased funding for chronic pain; six years later, it had increased by about a third. It was not enough. With the opioid epidemic in full swing, Congress jumped in with the HEAL (Helping to End Addiction Long-term) Initiative – adding about $2 billion over the next four years to the chronic pain and opioid research pie.

HEAL’s goal was to end the opioid epidemic – not end chronic pain – two different, but closely overlapping, goals. From assessing how chronic pain is treated in rural areas, to developing drugs to tackle addiction and prevent overdoses, to safe needle and recovery programs, the initiative funds many things that won’t move the needle on fibromyalgia. One of its core responsibilities – finding better and safer drugs for chronic pain – is right up FM’s alley, though. 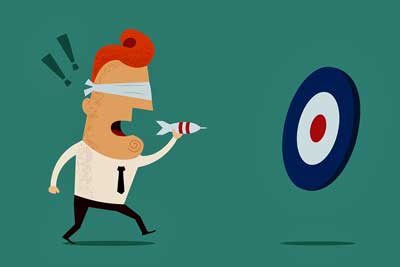 Researchers have been looking in the wrong places to fix chronic pain. HEAL is looking for new targets in the nervous system and brain to turn down pain levels.

Nothing is easy about developing a good pain drug. Indeed, it’s probably one of the most daunting tasks in all of pharmacology. (Cancer appears to be far easier). We know that’s true because a good chronic pain drug would reap simply huge financial dividends for any company that could develop it, yet most people are still relying on the opioid drugs that were developed decades ago.

That’s certainly not for lack of trying, though, on the part of drug companies. Rebecca Baker, the Director of the HEAL Initiative, stated:

“We know that billions of dollars have been spent on the quest for new pain treatments, and we desperately need safe and effective non-opioid strategies. Historically, the success rate has been very low. Few potential pain drugs make it to clinical testing, and even fewer gain FDA approval. HEAL is making progress toward development of novel medications, devices, and complementary/integrative approaches – and we are eager to sustain this momentum.”

The two leaders of the HEAL Initiative’s Preclinical and Translational Research in Pain Management branch, Dr. Christine Colvis, and Dr. Michael Oshinsky, stated that doctors and pain researchers have simply been barking up the wrong tree. As they hammered away at trying to fix the pain in a person’s back or knee, etc. they missed the fact that chronic pain is largely generated in the brain and nerves.

I would be shocked if HEAL was funding more than a handful of FM studies, but it’s nerve and brain-based diseases like FM (which has been called the quintessential chronic pain disorder) that will likely benefit the most from this type of focus.

HEAL appears to be quite cognizant of the urgent need to develop new treatments and is determined to find ways to dramatically reduce the time typically needed for developing new drugs and bringing them to market. Noting the 30 years it took to bring the quite successful anti-CGRP migraine drugs to market, Colvis and Oshinsky stated that “that’s a lifetime someone in pain does not have”.

To that end, HEAL has created several novel efforts to speed things up. Its team-based research framework allows HEAL investigators to quickly assess new targets and drugs, dropping the ones that don’t work, and moving on to clinical trials in the ones that do.

HEALS $50 million “Early Phase Pain Investigation Clinical Network” or EPPIC-Net (they’re good at producing acronyms :)), is a network of clinical and data coordinating centers that can be used to rapidly assess new pain drugs. EPPIC-NeT has developed a rapid three-step screening process to determine which treatments to test.

EPPIC-NeT’s focus on producing bulletproof trials will hopefully put another question that haunts Mark Wallace, M.D., of the University of California, San Diego to rest. Wallace wonders whether good pain drugs are, in fact, already out there but failed because their clinical trials were too small or were poorly conceived. EPPIC-NeT is ensuring that its trials will be robust and rigorous enough to provide data one can count on. To that end, HEAL’s completion of a “common data elements” program means all its efforts will be able to “talk” to and inform each other.

All in all, like the NIH’s RECOVER long-COVID program, its HEAL program for chronic pain seems well-conceived and thought out. The NIH may not be good at creating these programs – it seems to need Congress to do that – but once it has them, it appears to carry them out in a thoughtful and well-organized manner.

Is HEAL Healing Yet? 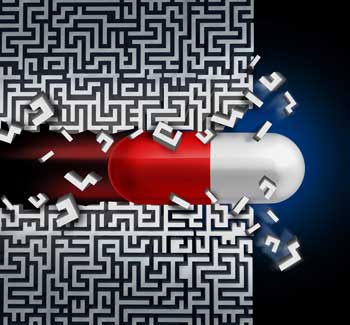 HEAL reportedly wants to get 15 new drugs to the market.

So where are we four years and $2 billion dollars later? HEAL has not brought any drugs to the market yet. At a recent meeting, though, Rebecca Baker, the director of HEAL initiative, reported that HEAL has funded 600 research projects which have resulted in 20 investigational new drug applications (INDs) to the FDA. INDs are actually a big step forward, as they allow a company to start testing its drug in human trials.

These applications include new drugs and repurposed drugs not currently used to treat pain but which HEAL’s studies suggest could be helpful. As of 2021, three trials of novel pain drugs had been funded. Baker stated that the HEAL initiative is currently “testing multiple different treatments for both pain and addiction.”

Thus far, the NIH has awarded $32.3 million to support the development of non-addictive small molecules and biologic agents that may be able to help with chronic pain. They include a very wide variety of factors, including cannabinoid receptor agonists designed to pump up the cannabinoid “feel good” system which some believe is underactive in FM. (I find that high THC gummies not only help me sleep but also help me “exercise” better without pain.) Others include “stem-cell loaded microgels”, Nav1.7 ion channel blockers, bacterial therapies for the gut microbiome, etc.

Subsequently, the NIH reported that it expects to spend about $100 million more on chronic pain ($852 million) and almost $400 million more on opioid addiction ($1.2 billion) than it did last year. That new Congressional funding has prompted the NIH to publish a variety of new funding opportunities. Some of the funding suggests the NIH believes it’s time to step up to more trials. Some of the awards include: 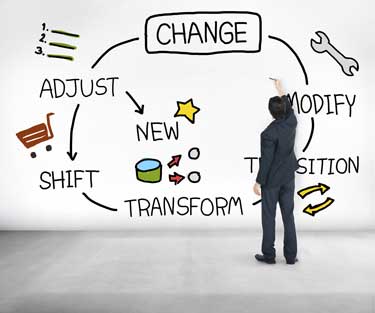 HEAL appears to have identified and attempted to surmount roadblocks that have thwarted efforts to develop drugs for chronic pain in a timely fashion.

Four years in the NIH’s HEAL initiative has not healed chronic pain yet – but no one really expected it to this quickly. Producing an effective and safe drug to treat chronic pain, is, after all, one of the most challenging tasks drug companies face. In spite of the tremendous payday accruing to any company able to do that, many companies had given up.

How good it was then that Congress gave the world of pain research a big boost with a project that combines the basic science needed to find good targets for pain drugs with a fast-track system to identify and test drugs. HEAL’s focus on understanding how nerve-brain pathologies contribute to chronic pain would appear to put FM, ME/CFS, and other chronic pain diseases in the sweet spot to benefit from HEALs findings. Thus far, HEAL has produced 20 drugs seeking to undergo clinical trials and 3 drugs in clinical trials.

HEAL is one of four major NIH initiatives that FM, ME/CFS, and like diseases could and should benefit from. It, the NIH’s $1.15 billion RECOVER Long COVID Initiative, the $170 million exercise study, and the SPARC electroceutical initiative should, over time, help us better understand and ultimately treat these diseases.

Where else would you find out about these large-scale efforts underway?