(Text in parentheses was not part of the talk and was added by me). 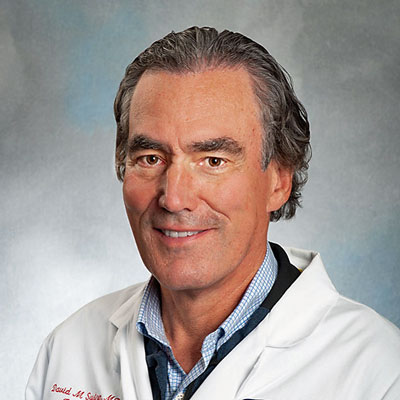 David Systrom MD kicked off the research portion of the IACFS/ME conference with a stimulating keynote address.

David Systrom started off his long and stimulating keynote talk, “Keynote: Pathophysiology
of exercise intolerance in ME/CFS & long COVID,” by lauding the IACFS/ME for having a virtual conference after noting that everyone at an in-person thoracic conference, I think it was, earlier this year came down with COVID.

Systrom went over his work, provided some early views of his latest work, and provided insights into a number of areas.

He noted that the invasive exercise test – which lasts just five minutes (!) – was actually developed to assess exercise intolerance in heart and lung disease. He started focusing on ME/CFS about 7 years ago when he began to bore down into about 10% of his patients whose exercise intolerance could not be explained by heart or lung problems.

He noted that people with ME/CFS only exhibit a modest decline in peak VO2 (the peak oxygen consumption [read energy production] produced at any one point during the exercise). That modest reduction has led some exercise physiologists to assume that deconditioning is the cause and to recommend exercise. Systrom’s studies show how wrong that idea (which has cropped up a bit in long COVID) is.

Preload failure is the elephant in the room in ME/CFS. About 90% of the ME/CFS patients Systrom has examined exhibit preload failure.

Of the 1,500 or so invasive CPETs Systrom has data on, 72% of the patients with preload failure (and no heart or lung problems) met the criteria for ME/CFS. (Since Systrom is assessing people with mysterious exercise intolerance symptoms, that finding begs the question of whether the diagnostic criteria are missing some people with “ME/CFS”.)

Low-flow – (According to the Open Medicine Foundation-funded Harvard ME/CFS Collaboration, low-flow simply involves low blood flows to the heart – probably because the veins that return blood to the heart don’t constrict enough during exercise to force blood back up to the heart. (Exercise should induce the veins to constrict.) This is a big deal because at any one time 60-70% of our blood is found in our veins.

Mestinon is believed to help this situation by increasing acetylcholine and norepinephrine levels to constrict the veins at the site of exercising muscle, thus resulting in increased blood flows to the heart and increased filling of the heart. While increasing blood volume may help people with low-flow preload failure, low blood volume is clearly not the sole cause of the preload problem.

This is probably due either to a shunt that transfers the oxygen-rich blood into the venous blood supply before it reaches the muscles. Alternatively, the blood could be reaching the muscles, but a mitochondrial problem could keep the oxygen from being used up.

Since it appears that something has gone wrong with the blood vessels in at least some of these patients, drugs that increase vascular tone (e.g., Midodrine, Pyridostigmine) might be able to help.

Muscle biopsies from 12 of these patients found that all but one had evidence of citrate synthase deficiency. That was enough for Astellas to fund a mitochondrial enhancing study. That study is nearing completion.

Talk about a nice connection – skin biopsies have revealed small nerve fiber losses (reduced density) in about the same percentage of people with ME/CFS (45%) as in FM, postural orthostatic tachycardia syndrome (POTS), and long COVID. (That suggests that the same process is killing off the small nerve fibers in all four diseases.

(We don’t know what’s whacking the small nerve fibers, but a recent small long-COVID study co-authored by Anne Oaklander and Avindra Nath provided an interesting clue. It found that “prolonged, often disabling, small-fiber neuropathy after mild SARS-CoV-2 was most common” and that it happened very early – within the first month of coming down with COVID.)

(There’s also the fascinating fibromyalgia study which suggested that natural killer cells – which have never impressed FM researchers [but probably are now] – are killing the small nerve fibers in FM.)

Immune Cells May Be Killing the Small Nerve Fibers in Fibromyalgia

(It took years for the small fiber neuropathy finding in fibromyalgia to make its way to ME/CFS, but long COVID researchers picked up on that finding quickly and it’s already been validated in three studies. That’s potentially very good news for anyone wanting an answer to the mysterious small nerve fiber problems in these diseases.)

But then came a big disappointment – since damaged small nerve fibers could be responsible for shunting blood away from the muscles as well as other problems, their potential to explain these diseases was vast. Systrom’s subsequent study, however, did not find that reductions in small nerve fibers explained his invasive exercise study findings.

Not all is lost, though. Novak’s assessments of sweat nerves that lie deeper have upped the prevalence of SFN significantly (to about 60%), and it’s possible nerve density is not the tell-all test that we thought it might be. Instead, the functioning of the nerves that remain may be the key.

Systrom noted that shunts that transfer blood from the arteries to the veins have been found in FM which, interestingly, has enough secreted CGRP – the vascular factor that induces pain in migraine. Systrom said he was fascinated by the number of times he’s been told that people get into the shower and their feet turn purple. He believes that response is probably due to the poor functioning of the nerves that remain.

Next, we got some new, hot off the-presses, unpublished data – just the thing we look forward to at conferences :). It was no surprise to see Systrom – who’s gone from invasive CPET studies to small fiber neuropathy to a mitochondrial trial – branching out into new areas. He noted that he met with an intramural NIH group in 2019 who were very interested in something called TRAIL, or TNF-related apoptosis.

(A member of the “death ligand family”, TRAIL kills damaged cells. Originally thought to only target cancer cells, TRAIL also attacks amyloid-ridden nerve cells. A few studies suggest amyloids may be increased in ME/CFS.) Some preliminary evidence suggests TRAIL may be killing off the small nerve fibers. If that works out, a reason for the small nerve neuropathy may have been found. Given all the research into TRAIL in the cancer field, that might not be a bad thing.

We all thought it was probably happening…A study of cytokines post-peak exercise revealed a who’s who of pro-inflammatory cytokines shooting up in people with ME/CFS. That finding fits nicely with Dr. Klimas’s reports of an inflammatory surge in ME/CFS (that is not found in controls) and could provide a kind of missing gun for PEM as an inflammatory surge could damage all sorts of cells, including the mitochondria. It also throws a potential spotlight on the reduced levels of antioxidants that have been found in ME/CFS – since they are supposed to keep oxidative stress and inflammation at bay. Systrom suggested that exercise-induced inflammasome activation could be whacking the small nerve fibers in these diseases.

The long-COVID patient’s systemic oxygen extraction was almost half normal. Systrom stated that long COVID for all the world looks like ME/CFS; it’s frighteningly similar, if not identical.

As in ME/CFS, a ventilatory inefficiency was found which indicated that long-COVID patients were moving more air than was needed to get rid of the CO2. A couple of things could be causing this, but in long COVID (and ME/CFS) it’s entirely due to hyperventilation. Why this is happening is not understood, but in his long-COVID paper, Systrom proposed that something in the muscles akin to what happens in heart failure may be occurring.

Novak found that while hyperventilation occurs in both POTS and long COVID during a tilt table test, hypocapnia played a huge role in reducing cerebral blood flows in POTS but not in long COVID – suggesting that similar symptoms may be being produced in different ways

Systrom referred to the recently published, successful, quickie Mestinon trial in ME/CFS. Check that out here.

Systrom also reported that the $8 million trial of a mitochondrial enhancer has almost finished.

The question period elicited some of Systrom’s most interesting responses.

Defective Red Blood Cells – There’s a lot of interest in clotting and blood vessel problems in long COVID, but the red blood cell defect issue is coming right out of the ME/CFS field. Systrom referred to the Open Medicine Foundation’s Stanford research as well as work coming out of the Karolinska Institute in Sweden when he stated that red blood cells in ME/CFS are too big and not pliable enough. Systrom stated that he could envision improved oxygen levels favorably affecting red blood cell – endothelial cell (blood vessel) interactions.

Warburg Effect – Next came a question about the oh-so-interesting Warburg effect, where even in the presence of abundant oxygen, cancer cells chose to generate energy anaerobically. Could something like the Warburg effect account for the invasive exercise results? The answer was the Warburg effect was “potentially very much related”, with the note that the Warburg effect is also associated with hyperventilation – which is pretty much par for the course in ME/CFS during exercise.

Measuring preload without doing an invasive CPET or “How to work oneself out of a job…” – Invasive exercise tests are expensive and quite invasive. Systrom stated that coming up with a reliable, sensitive and specific test that would enable them to detect preload failure in patients without having to stick catheters in them and exercise would be the holy grail for them and enable them to do much larger studies and trials.

Since most POTS patients have preload problems, a positive tilt or NASA lean test for POTS is the closest indicator of preload failure. Systrom said they are forever looking for an omics result – whether from proteomics, metabolomics, or transcriptomics – that can function as a stand-in for an invasive exercise test. That would be a huge win for the ME/CFS and long-COVID communities. 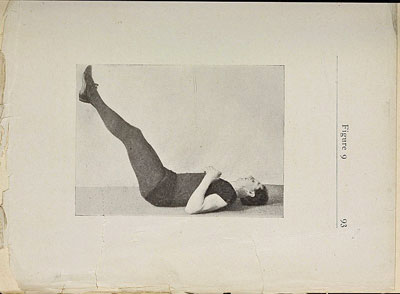 Systrom prescribes a no-crash recumbent exercise program only after a patient has improved, usually after being on drugs like Mestinon. (from Wikimedia Commons)

Effects of Invasive Exercise Test – it’s invasive and it’s maximal – you basically peddle to exhaustion – so it makes sense to ask if it’s going to cause long-term harm to people with broken aerobic energy production systems. The answer was a pretty definitive no. Systrom said he’s done thousands of invasive CPETs in ME/CFS and 50 with long COVID, follows the patients in their patient portal, and can count on the fingers of one hand the number who have had significant effects.

He noted that the test is pretty quick – usually just 5 minutes – and starts off gently, only ramping up at the end. They often give IV fluids at the end of it.

Graded Exercise Done Right – Systrom also uses a “graded exercise program” but with a catch. It begins only after the patient has improved – usually on drugs used in POTS such as Mestinon. As the patient improves – and it generally takes months on Mestinon – he begins a gentle recumbent exercise program that emphasizes never pushing the person into a crash. He said it can work quite well.

Systrom ended on a hopeful note, stating that he does not view anyone with ME/CFS as permanently ill…he sees everyone as potentially treatable.

Systrom received an $800k (!) grant from the Open Medicine Foundation to expand his work. It will be covered in a future blog.