The Thyroid Question in Fibromyalgia and Chronic Fatigue Syndrome (ME/CFS)

Fatigue, lethargy, mental sluggishness, difficulty tolerating heat and cold, depression, joint pain, headaches, morning stiffness…the list goes on and on. It’s almost a perfect match for chronic fatigue syndrome (ME/CFS) or fibromyalgia (FM) but it’s not either – it’s hypothyroidism; one of the trickiest conditions that people with either disease have to deal with. 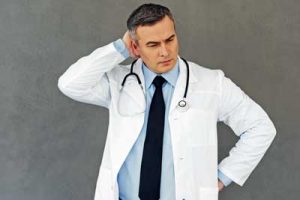 Most perplexing for the patient is the considerable disagreement among doctors regarding what constitutes low thyroid and how to treat it. The problem is that giving thyroid hormone to someone who doesn’t need it is can cause their thyroid gland to shut down, leaving them dependent upon thyroid medication for life. Plus, other factors such as low cellular energy production or autonomic nervous system problems can cause similar symptoms.

Most doctors, however, probably believe hypothyroidism is rare in ME/CFS and thyroid supplementation is unnecessary and possibly harmful.

Dr. Holtorf has probably done more work in hypothyroidism than any other ME/CFS/FM practitioner. Please note this overview presents an alternative view of this subject; most doctors which take a traditional approach to thyroid will probably disagree.

Most if not all, patients who suffer from chronic fatigue syndrome, fibromyalgia, diabetes, insulin resistance, depression and stress have immune dysfunction that results in low tissue levels of thyroid hormone.  Kent Holtorf 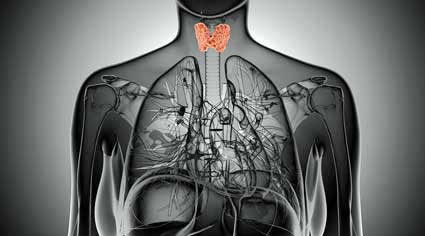 Not so fast says Dr. Holtorf. Holtorf believes that, at times, serum thyroid levels tell us little about thyroid levels in the tissues and cells. Two of those times are when people have fibromyalgia and/or chronic fatigue syndrome.

Holtorf asserts that the pituitary gland is able to maintain or even increase its thyroid production while thyroid levels in the tissues around it are plummeting.

But what if the D1 enzyme is not doing its job? Simply testing TSH – the thyroid stimulating hormone induced by the D2 enzyme – will miss the fact that everywhere outside the pituitary thyroid levels could be down.

To make matters worse Holtorf believes that the pituitary levels of the active thyroid hormone (T3) are unaffected by conditions such as fibromyalgia and chronic fatigue syndrome – resulting in the false negatives he sees on standard thyroid tests,  He also believes that because women tend to have lower levels of the DI enzyme they’re more likely to suffer from hidden thyroid problems.

Holtorf reported on a typical patient of his: a woman suffering from what appears to be the symptoms of hypothyroidism (fatigue, inability to lose weight, cold intolerance, etc.) who often has low-normal TSH, high-normal free T4, low-normal free T-3, high normal reverse T-3, plus markers of thyroid resistance and low resting metabolic rates.

Holtorf believes the levels of active thyroid (free T3) in ME/CFS and FM patients should optimally be in the upper 25th percentile of normal.

A third enzyme, D3, complicates matters further. During high levels of T4, D3 converts the inactive form of thyroid hormone (T4) to a form of thyroid hormone called reverse T3 (RT3).  Holtorf, however, believes that in some conditions such as fibromyalgia and ME/CFS, RT3 becomes pathological and blocks the active form (T3) from binding to thyroid receptors in the body.

Higher RT3 levels and/or higher RT3/T3 ratio’s, then, may indicate poor availability of the active form of thyroid (T3).

The pituitary gland is also the only tissue in the body which does not contain D3, the enzyme which converts inactive thyroid hormone (T4) to reverse T3. TSH levels, then, have no bearing at all on reverse T3 levels. RT3 levels can be high even when TSH levels are normal. Most doctors, however, do not test for RT3.

Reverse T3 is actually an “antithyroid” — T3 is the active thyroid that goes to the cells and stimulates energy and metabolism. Reverse T3 is a mirror image — it actually goes to the receptors, sticks there, and nothing happens. So it blocks the thyroid effect. Reverse T3 is kind of a hibernation hormone, in times of stress and chronic illness, it lowers your metabolism. So many people seemingly have normal thyroid levels, but if they have high Reverse T3, they’re actually suffering from hypothyroidism. Holtorf

Because even small increases in reverse T3 can block the active form of the thyroid hormone from having an effect, Holtorf believes that severe hypothyroidism can be present even when standard thyroid tests are normal.

Transport in the Cells and Stress

Holforf also cites culture work indicating that physiological or emotional stress can inhibit the transport of inactive thyroid hormone into the cell. This suggests that T4 levels can be normal or even high when little T4 is making it into the cells. At these times neither T4 nor TSH levels reflect this reduced uptake into the cells.

Besides, inflammation and physiological stress, glucocorticoid drugs such as prednisone also suppress the levels of active thyroid hormone in the tissues and increase levels of reverse T-3.

“…. extreme caution should be used in relying on TSH or serum thyroid levels to rule out hypothyroidism in… A wide range of conditions including stress, chronic fatigue syndrome, fibromyalgia, inflammation, autoimmune diseases, depression, diabetes, insulin resistance, and systemic illnesses. Holtorf

More traditional sources of medical information such as WebMD mention only TSH and T4 testing. The Mayo Clinic suggests that most doctors should stop at TSH testing if TSH levels are normal.

Reverse T3 level above 150 or or a Free T3/Reverse T3 ratio that exceeds 0.2 [when the Free T3 is measured in picograms per milliliter (pg/mL)] — may indicate hypothyroidism.

In general, Dr. Holtorf finds that T4 preparations such as Synthroid and Levoxyl rarely work and Armour thyroid, a pig glandular product, is somewhat better, but not adequate for most patients.

That leaves combinations of T4/T3 or straight T3. Holtorf reports that T3 works the best for many of his patients, but that the main source of T3 – Cytomel, a short acting T3 drug, is a poor choice. Instead he usually recommends compounded timed release T3.

He believes, though, that standard blood tests are not a good way to assess T3 dosing regimens.

Reducing Inflammation – Because serum thyroid tests may be inaccurate in inflammatory states lowering inflammation and normalizing immune function can help with thyroid problems. Holtorf has found that low dose naltrexone is able to normalize thyroid functioning at times.

Because gluten can be such a potent inducer of inflammation, Dr. Liptan recommends that everyone with low thyroid embark on a gluten free diet for 8 weeks.

Iron Deficiency –  Because iron deficiency impairs thyroid activity, iron levels should be checked. Dr. Liptan wants ferritin levels to be in the 50-100 range; Dr. Holtorf wants them above 70. (Note that both are well above what is often considered “low-normal” (10-50) by many doctors.)

Check out the story of one young POTS patient for whom iron infusions played a critical role in his recovery.

While thyroid supplementation, when needed, is usually just one part of a treatment plan, occasionally it turns out to be the missing factor in  a person’s search for health. Check out a recovery story on the Health Rising website where this turned out to be true.

Check out a 2018 Dutch study which suggested some people with ME/CFS have a thyroid condition called non-thyroidal illness syndrome (NTIC) found in starvation, sepsis and other serious illnesses.