Sleep deprivation is common in fibromyalgia and it doesn’t just cause fatigue. Studies show that losing sleep increases your pain sensitivity as well, and quickly; it took just two nights of fragmented sleep to significantly increase pain sensitivity in healthy women.

Poor sleep is also associated with increased inflammation. In fact, one review proposes that sleep loss increases the risk of neurologic disorders such as stroke, multiple sclerosis, Alzheimer’s disease, headache, epilepsy and pain (FM and others) (but may protect against Parkinson’s (?)). 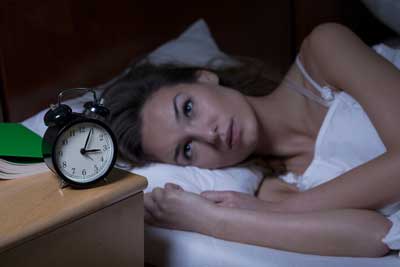 Poor sleep can increase fatigue, pain, inflammation and perhaps even the chance of coming down with a neurological disease.

Experimental models suggest that sleep loss increases amyloid deposition and thus may contribute to the onset of Alzheimer’s. Rather worryingly, given the fibrofog and brainfog in fibromyalgia and chronic fatigue syndrome (ME/CFS) patients, sleep/wake problems may be among the earliest signs of Alzheimer’s.

Several sleep issues, including reduced short-wave sleep and abnormal α-rhythms that bounce FM patients into a near wakeful state during sleep, are present.

The sleep problem in FM, though, is complicated by two facts. First, poor sleep impairs the activity of the same pain inhibiting pathways that are messed up in FM. While FM is not a sleep disorder, it’s possible, then, that sleep deprivation could be an entry point into FM.

Second, the painful muscles and points in FM can impair sleep as well. This means FM produces pain which can then impair sleep further. (Those painful points might be why a good mattress scored so high in a sleep survey Health Rising did.)

Given that poor sleep can result in both pain and fatigue, how to get better sleep has been an ongoing theme in FM and ME/CFS for years. Now comes a study from Boston Children’s Hospital and Beth Israel Deaconess Medical Center (BIDMC) which doesn’t directly help with sleep but may provide some with a surprising way to reduce the pain associated with poor sleep.

The study comes with a couple of provisos. It was a rodent study, so it may or may not in the end apply to humans. Plus, the mice didn’t have fibromyalgia or ME/CFS – so it may not apply to people with those diseases. What the mice did have, however, was increased pain sensitivity due to poor sleep – and that’s probably common in both diseases.

The researchers induced reduced sleep in a very human way. Thinking to mimic what happens to humans who want to catch one more TV show, the researchers entertained them into sleep problems by giving them a toy or a chewie as they were about to go to sleep. Like humans, the mice couldn’t resist – and ended up playing or chewing themselves into sleep deprivation.

“This represents a new kind of analgesic that hadn’t been considered before. Such drugs could help disrupt the chronic pain cycle, in which pain disrupts sleep, which then promotes pain, which further disrupts sleep.” Woolf – study author

Over five or six days as their sleep debit and pain sensitivity increased, the researchers began to throw pain-relieving medications at the mice. Ibuprofen, an NSAID, had no effect. Morphine worked at first but then pooped out. 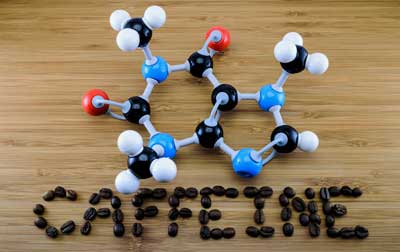 In a surprise caffeine does what opioids couldn’t – eliminate pain in sleep-derived laboratory animals.

This study caught my eye because caffeine – even very small amounts (I am very sensitive to caffeine) – can at times do exactly the same thing for me. My pain, while probably mild compared to others, but still quite troublesome – will completely disappear for a time. ( I usually wake up exhausted to boot).

The reversibility of mild sleep-loss-induced pain by wake-promoting agents reveals an unsuspected role for alertness in setting pain sensitivity. Clinically, insufficient or poor-quality sleep may worsen pain and this enhanced pain may be reduced not by analgesics, whose effectiveness is reduced, but by increasing alertness or providing better sleep. Woolf et. al.

We don’t think of stimulants as pain relievers, but another animal study suggested that modafinil can reduce pain. Plus, because caffeine appears to potentiate the effects of antidepressants, acetaminophen and non-steroidal anti-inflammatory drugs, it’s often added to them. Caffeine’s ability to vasoconstrict cerebral blood vessels appears to be helpful in migraine. A small study found intravenous caffeine (60 mg caffeine citrate) was quite successful in aborting migraine attacks.

Caffeine and Provigil aren’t the only stimulants found to have at least some pain-reducing properties. Animal studies suggest that amphetamines can reduce pain as well. Adderall, which is composed of amphetamine and benzodiazepine salts, is known to reduce pain in some. Of course amphetamine’s addictive tendencies make them poor pain relievers, but their ability to temporarily relieve pain in some may be pointing at something.

Nobody knows why these stimulants help some people with pain, but several possibilities exist. Caffeine acts on anti-pain receptors called adenosine receptors, and it or other stimulants may enhance dopamine or noradrenaline levels.

While caffeine or other stimulants probably aren’t enough for really serious pain, they might help take off the edge for those in sleep-deprived pain. The study authors suggested the following protocol: take sleep inducing drugs at night (if necessary), and then caffeine or other stimulants during the day to “break the pain cycle”. That reduction in pain could help one to enter into deep sleep more easily at night.

(Of course, beware of taking any stimulant towards the end of the day)

Have Stimulants Helped You with Pain?