The interplay between central sensitization (pain originating in the central nervous system) and sleep is the theme of this review. Central sensitization (CS) is present in fibromyalgia as well as many chronic pain diseases including arthritis, headache, migraine, chronic fatigue syndrome, low back pain, cancer pain, chronic shoulder pain, rheumatoid arthritis, etc.
Sleep, of course, can be hard to come by, particularly for people in pain. Pain isn’t the only symptom of central sensitization, however.  Central senstization refers to increased sensitivity to all sorts of stimuli including lights, smells, sounds, vibrations, chemicals, even perhaps electrical fields and foods. 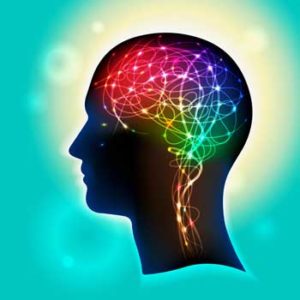 The implications of the widespread nature of central sensitization (CS) are potentially enormous. If someone cracks the central sensitization “code” in arthritis, it’s possible a similar code may apply to fibromyalgia or chronic fatigue syndrome (ME/CFS). With fibromyalgia getting so little research money, treatment breakthroughs in FM may very well depend on work done in other diseases.

The fact that CS is widespread is good news for FM and ME/CFS patients because the situation is complex. The sensory processing issues found in FM are associated with problems in many different areas of the central nervous system including the spinal cord, thalamus, insula, somatosensory cortices, anterior cingulate, prefrontal cortex, and brainstem.

The Source of Central Sensitization?

The increased pain sensitivity in FM could all come down to immune cells in the brain called glial cells (microglia, astrocytes, and oligodendrocytes). Despite the fact that glial cells are much more common than neurons, they were all but ignored until about 10 years ago. They’re being ignored no longer. When activated, these cells pour out inflammatory factors that tweak the pain pathways, clean up cellular debris and kill pathogens.

When they’re turned on full-time, glial cells can have pathological effects. They’re linked to pain sensitization because they emit many factors (brain derived neurotrophic factor (BDNF), IL-1B, TNF-a) known to send our pain-producing nervous system pathways into a tizzy. When they’re turned on full-time, they produce a state of chronic inflammation found in many central nervous system disorders. 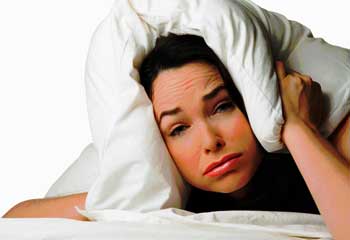 The role poor sleep may play in activating these bad players isn’t being ignored either. Poor sleep, it turns out, appears to bring out the worst in our glial cells.

The great question, though, is how these glial cells get chronically activated. The authors come down to the great catchall, “stress”, which can denote anything from an infection to emotional stress. The authors note that the kind of stress is not the issue; it’s the fact that some sort of stressor is continually present that matters.

One kind of unrelenting stress often found in ME/CFS and FM involves chronic sleep issues.  In fact, stress, sleep, and pain often form a positive feedback loop; chronic pain produces stress which hampers sleep, which, in turn, leads to more pain, more stress, poorer sleep and so on. Just a single night of poor sleep results in increased pain sensitivity and anxiety even in healthy people. Given that fact, it’s perhaps no surprise that no less than 50% and up to 90% of chronic pain patients struggle with insomnia.

As was noted in a recent blog, sleep deprivation results in a low level inflammatory response which produces the same kinds of factors that microglia spew out when activated. This suggests that sleep deprivation, or insomnia, or sleep apnea or any other sleep disorder may, in some cases, actually be able to initiate the central sensitization process; i.e. tip some people into FM.

Being able to detect low-levels of inflammation in the brain has been a goal for many years. Different approaches are being used, but recent studies using the [11C]-(R)-PK11195 positron emission tomography approach have found neuroinflammation in the basal ganglia in complex regional pain syndrome (CRPS), in the hippocampus in Alzheimer’s, in Parkinson’s and in multiple sclerosis.

We know that neuroinflammation can produce pain, fatigue, hypersensitivity to stimuli, etc. But is it actually present in chronic fatigue syndrome (ME/CFS) and fibromyalgia? The jury is still out on that question.

A Japanese PET scan study succinctly pointed out the problem – lots of speculation – not much evidence.

“Although it is hypothesized that brain inflammation is involved in the pathophysiology of CFS/ME, there is no direct evidence of neuroinflammation in patients with CFS/ME.”

That Japanese study, which was the first to present direct evidence of neuroinflammation, excited many in the field, including Dr. Komaroff, who called it the most important ME/CFS study in years. The study concluded that:

It seemed that we were really onto something and, indeed, Shungu’s findings of increased lactate and/or decreased glutathione in fibromyalgia and chronic fatigue syndrome appear to be pointing an arrow at neuroinflammation,. It was very good to see Glassford’s hypothesis paper link neuromuscular issues with neuroinflammation in ME/CFS – nobody has done that before – but what we really, really need are neuroinflammation studies.

Unfortunately, science tends to move very slowly in ME/CFS, and that small 19-person Japanese study, published in 2014, three years later still remains the only direct evidence of neuroinflammation in ME/CFS.

Currently, the Japanese, Andrew Lloyd and Jarred Younger (funded by the SMCI) are all, reportedly, doing neuroinflammation studies. The Japanese study has taken three years to get started but it’s a big one – 120 patients – and should go far to resolve this issue. It’s not clear if the NIH Intramural study has taken up this issue, but it would be surprising if it did not.

A cerebral spinal fluid and blood study pointed an arrow at neuroinflammation, but I have yet to find direct evidence of neuroinflammation in FM.  The lack of studies is surprising given how clearly the central nervous system has been implicated in FM. (Both that study and Younger’s early results in ME/CFS highlighted fractalkine. If Younger’s early findings pan out, he may have uncovered a ME/CFS/FM subset.)

“It’s not about what the FDA-approved treatments directly target. Fibromyalgia is about neuroinflammation in the central nervous system [CNS]. The key to treatment is to reduce that inflammatory process in the brain. We have to discover and employ both pharmaceutical treatments and other interventions that can get to the CNS and target the cells that drive the inflammation.” Jarred Younger

If glial cells play a major role in the pain and sleep issues found in fibromyalgia and other chronic pain conditions, then glial cell inhibitors, not sleep drugs, may be the best answer. Drug companies are purportedly working hard on developing the next generation of anti-glial cell drugs. Human trials are underway for some substances; many others are being tested either in animals or in the lab.

One of the most interesting drug combinations was identified by combining a complete list of available drugs with a computer program containing research results from ME/CFS. The drug combination highlighted contained two potential glial cell inhibitors – trazodone and low dose naltrexone.

Below are some of the drugs being tested.

Glial cell inhibitors are being developed. Time will tell whether they’ll be able to help or even eliminate the pain, sleep, fatigue and other issues present in ME/CFS and FM, but if the hypotheses around ME/CFS and FM are correct, they should.

Whether neuroinflammation plays a major role in these diseases is still unclear, however. The research is moving slowly, but with two studies and probably a third neuroinflammation study underway in ME/CFS, we should know more over the next couple of years. Unfortunately, and rather amazingly given the fact that fibromyalgia is the poster-child for central sensitization, I was unable to find any studies assessing neuroinflammation in FM. (Jarred Younger may be doing one.)

Check out Sleep Resources on Health Rising including the latest: