The HEAL Initiative (Helping End Addiction Long Term)  is one of the rare NIH initiatives that presents real possibilities for a long neglected population.  It took an act of Congress – which gave the NIH $500 million and specifically directed them to use it attack the opioid issue – to get the NIH to move on chronic pain. HEAL, then, is clearly a response to political pressure but it’s a political response with a difference.

Like the NIH does it took a good amount of time (a year) to develop the plan and it appears to be a good one.  The Initiative could have focused purely on better detection of people abusing opioids and finding better ways to get people off of opioids, but it went further. It’s actually going to help with chronic pain too. 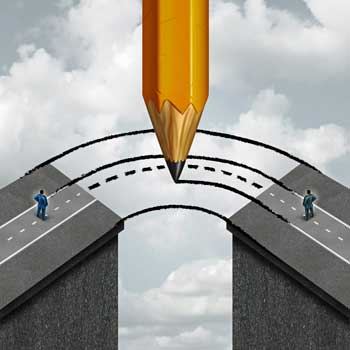 It took the opioid crisis and a Congressional appropriation to get the NIH moving on pain – but once it got moving it produced a good plan.

The NIH has had ample reason to act years ago but it appears to take Congressional appropriations to act meaningfully on symptoms like pain and fatigue. (It does diseases (except for pain and fatigue diseases) much better.

The 2011 Institute of Medicine Report on Relieving Pain in America estimated that acute and chronic pain cost the U.S. about 600 billion dollars a year. That report came about only because some smart Senator or Congressman mandated its publication with a provision in the Affordable Care Act that required the Department of Health and Human Services to enter into an agreement with the IOM “to increase the recognition of pain as a significant public health problem in the United States.”

The IOM made good on its promise – it documented the startling pain needs in the U.S., and provided a blueprint for moving forward to finally give pain its due. That done, the NIH essentially did the same thing with pain that it does with fatigue – basically nothing.

In 2016, pain advocates tried again with a federally produced National Pain Strategy, which again produced no major initiatives.  Now the opioid crisis has finally prompted the NIH to get to work.

Now that the NIH has the money, though, it appears to be using it well. The bigger problem behind the opioid overuse is the lack of better pain drugs, and the bigger problem behind the lack of drugs is the lack of knowledge of how pain occurs.  Francis Collins, the Director of the NIH, appears to get it.  Fierce Healthcare reported that Collins, at a recent NIH meeting on chronic pain and the opioid crisis, said the healthcare system is grappling with a “joint crisis of pain and addiction”.

“I think all of us that are concerned about this worry sometimes that we talk about one without realizing the other requires intense attention. But what about the people with chronic pain—24 million of them—with daily pain? What are they supposed to have available? We all agree opioids are not a great solution. But what other solutions do we have for people with severe daily pain? Not nearly enough.”

Instead of providing a stopgap solution to a political issue, the NIH in its HEAL Initiative is going to tackle both of those two big problems: it’s going to increase funding for pain drug trials; and it’s going to plow more money into pain research.  NINDS just released a more detailed report on what the HEAL Initiative will do in the Journal of the American Medical Association (JAMA).

The first part of the Initiative will focus on reducing opioid overuse. The second part will focus on understanding more about pain itself and developing  more treatments. It will:

Studies suggest that some people are chronic pain waiting to happen. One study which scanned people’s brains just after they came down with low back pain and then a year later was able to predict with astonishing effectiveness who would come down with chronic back pain. White matter changes occurring in four parts of the brain (prefrontal cortex (PFC), accumbens, amygdala, and hippocampus) prior to or during the early stages of the injury were able to predict 80% of those who would come down with long term back pain.

Bad Wiring: Were You Set Up for Poor Health? A Source of Chronic Pain Illuminated

The HEAL Initiative will look much, much deeper in an attempt to find the “switch” or set of changes which reset the pain “volume control” in the brain and elsewhere.  If it can identify how that switch is triggered it may be possible to create drugs that turn it off.

By reducing the upfront economic burden for preclinical screening, the program will incentivize the discovery of non-addicting therapies, and generate rigorous, high quality data within a pipeline of novel non-opioid and non-addictive therapies. Heal Initiative

We know that the future of pain treatment does not lie in opioids – at least those opioids we have now.  The HEAL Initiative will hopefully open up brand new possibilities for treating pain. Here are some possibilities under investigation now.

Further resources will be devoted to how to prevent chronic pain, precision medicine approaches to pain, and non-drug approaches to pain management. This summer, we’ll find out the answer to the big question of how much funding the NIH will devote to understanding pain and clinical trials as the HEAL funding opportunities roll out.

The big question is how fibromyalgia  and ME/CFS will fare. It’s hard to imagine that any deep dive into pain won’t benefit these diseases. The chronic pain in FM is similar to the pain in other diseases in that it’s chronic and involves some sort of pain system reset.  It’s different, though, in that it’s more widespread, is not identified with an injury, and also includes problems with sleep, cognition, fatigue and stimuli.

The big question is whether fibromyalgia will be explicitly involved. Certainly one would think the most commonly treated rheumatological disorder would get some attention as the NIH ramps up its first big attempt at tackling pain. (A fibromyalgia mouse model would be a great first step).

The NIH has been mostly ignoring FM up until now and FM is ensconced in an Institute (The National Institute of Arthritis and Musculoskeletal and Skin Diseases (NIAMS)) which seems to think that it’s mainly a behavioral disorder.

On the other hand, FM is the purest pain disorder known – no swelling or injury is involved – it’s simply pain amplified, and one would think and hope a major initiative committed to understanding pain would naturally target it. Now might be a good time for FM advocates, if they haven’t,  to push for grants which specifically mention FM. The first research grants for the Heal Initiative will be announced soon.