Since February, Health Rising has described the development of a new drug produced for chronic fatigue syndrome (ME/CFS) by a small pharmaceutical company named Cortene in three blogs:

Now it’s time to test the drug!  Cortene’s trial has received the go-ahead from both the FDA and the Independent Review Board (IRB) and the trial will commence shortly, with Lucinda Bateman, MD, as the Principal Investigator, Suzanne Vernon, PhD, as Co-Investigator, and assisted by the experienced clinical trials team at the Bateman Horne Center.

Cortene’s path to testing a new drug for chronic fatigue syndrome (ME/CFS) has been different in several ways from past ME/CFS clinical trials.

Most research studies have sought to characterize ME/CFS by comparing biological samples across patients and healthy controls.  Treatment-focused studies have generally used evidence from other disease groups, or had anecdotal evidence from within the ME/CFS population, and have tested whether approved drugs can improve symptoms or manipulate subsystems (e.g., Rituxan and Ampligen were both targeted at aspects of the immune system). 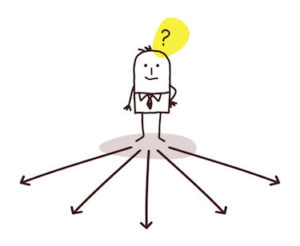 Cortene used a theoretical exercise to rethink how ME/CFS occurs to help them determine if their drug might be a good fit.

In contrast, Cortene was working with an experimental drug targeted at the stress system.  They had no knowledge of ME/CFS, but following a chance encounter, engaged in an intensive theoretical exercise that sought to rethink every aspect of the disease.  In particular, they tried to understand how a triggering event could cause relatively healthy individuals to develop dysfunction, often suddenly, in so many different systems (neuroendocrine, autonomic, immune, metabolic, thyroid, reproductive, etc.).

Cortene’s theoretical exercise made two important observations:  First, that stress modulates all the systems impacted in ME/CFS; and second, that the stress response has an adaptive mechanism, which could conceivably allow the stress response system to “go off the rails” and chronically over-respond to minor stimuli.

These two observations led to Cortene’s hypothesis that ME/CFS results from a maladapted stress response in which the up-regulation of a single receptor causes an exaggerated, multi-systemic reaction to even minor stimuli.  Cortene believes that this hypothesis is able to explain all of the many anomalies of ME/CFS (including gender disparity, genetic risk, diverse triggers, sudden/gradual onset, symptom variability, etc).

This has led to the first ever trial of a new drug specifically targeted at what is proposed to be the root cause of ME/CFS.

The fact that Cortene’s drug has not been approved in humans before meant a much more complex, expensive and time-consuming process was required to get approval to proceed with the trial.  The investigational new drug application (IND) – which included the scientific rationale for the drug’s use, the animal efficacy, safety and toxicology studies, the plans to manufacture and formulate the drug, and the trial protocol – runs to hundreds of pages.  Then there’s the all-important patent application, which has to be filed in advance of any publication, and is essential for raising the development capital that will ultimately be required to bring the drug to market—potentially $100 million.

Thus far, Cortene’s drug, a small protein called CT38, has been shown to be safe in a Phase 1 trial in healthy human volunteers.  It is intended to down-regulate the receptor within hours, hopefully reversing the maladaptation and restoring patients to a pre-ME/CFS state. That is, if Cortene’s hypothesis is correct, and its experimental drug does what it appears to do in rats, the treatment is potentially curative.

Some manufacturing issues – not uncommon with new drugs, and now resolved – delayed the start of the trial a bit, but now the show is on.

The trial will test three groups (6 patients each) receiving either low, intermediate or high doses of the CT38 drug.  Because the investigators did not want to expose patients to CPET without the potential for treatment benefit, the trial will not include a placebo arm.  (Future trials, if they become necessary, will.)  The trial will commence with the low dose that has been shown to be safe in humans and will only escalate the dose in the absence of concerning side effects.

During the treatment period, CT38 will be administered as a 3-hour infusion on 2 separate days.

The trial will assess exercise performance, functional ability (via Fitbit measurements of activity, heart rate, and sleep), cognitive function (via DANA mobile software testing), effects on vitals and orthostatic intolerance, patient-reported symptom scores and adverse events (among others), both pre- and post-treatment. 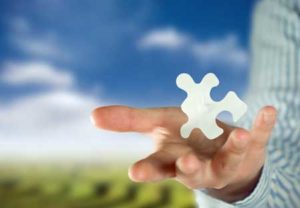 Is it possible that Cortene found a key to ME/CFS? Time will tell…

The trial seeks 18-60 year old patients who meet the Fukuda, Canadian and IOM criteria for ME/CFS, who have lived at an altitude between 3,500 and 5,500 feet above sea level for the past year, who have a relatively stable state of illness for the past 3 months, and who are willing to undergo CPET assessment.

People who have smoked (within 6 months), are pregnant or are breast feeding, have renal impairment or substance abuse issues, or have taken medications that interact with serotonin, norepinephrine, dopamine or cortisol in the 6 weeks prior to enrollment and throughout the duration of the study, are excluded.  There are other requirements, but if you are interested in participating in the trial, the link to the screening form is the below.

The comprehensive hypothesis and promising animal data aside, Cortene continues to emphasize that caution is appropriate for any early stage drug trial such as this.  That said, this development – a trial of a new drug intended specifically to reverse ME/CFS – has been a long time coming for a disease that has received such little interest from drug companies.

The fact that Cortene believes the drug could get at the heart of ME/CFS and even has the potential to quickly cure it, is a lot to take in.  Could we be so lucky? Time, of course, will tell.

However the trial turns out, it’s encouraging to see a drug company targeting ME/CFS with a drug, let alone a new drug. It’s encouraging as well that Cortene has been able to privately raise the considerable funding needed to move forward with this initial trial. For me, I feel that Cortene has operated with integrity throughout and I think we’re in good hands.

I asked Cortene what happens next if the trial is a success. They replied they would then have to demonstrate to the FDA:

One issue with getting FDA approval is the longstanding problem of finding the best endpoint to study ME/CFS.  Today, CPET is a gold standard of sorts, but it is difficult for the patients, presents the potential for a crash, and requires that recovery time be built into the protocol – obviously not an optimal situation for the participants, the clinical trial team or Cortene.

Cortene is attempting to address this situation by examining many different endpoints (exercise performance, functional ability, cognitive function, effects on vitals and orthostatic intolerance, and patient-reported symptom scores), in hopes that a simpler measure of dysfunction and improvement, which could expedite clinical development, will be found.  If such an endpoint is found, it will reduce the time to approval.

If the drug is successful in ME/CFS Cortene believes it may be helpful for other diseases such as fibromyalgia, GWS, etc.

The FDA has various incentive programs, including breakthrough therapy designation, fast-track designation, accelerated approval and priority review, which can expedite the approval of a drug for a disease with unmet needs.  Breakthrough or fast-track designations would ensure extensive access to and guidance from the FDA, potentially enabling accelerated approval and the right to use a surrogate endpoint (albeit subject to providing subsequent proof that the surrogate is in fact a marker for clinical benefit).  Priority review would reduce the time for FDA review.  The FDA has already indicated that a drug that shows effect in ME/CFS would be eligible for these programs.  Moreover, Cortene informs me that they feel the FDA has been very supportive, which demonstrated their commitment to ME/CFS.

All that said, getting a drug like CT38 FDA approval could take years, with the exact length of time dependent on how strong the results are and how quickly Cortene can demonstrate those results.

On the bright side, the fact that CT38 is hypothesized to be an acute or short-term treatment as opposed to a chronic treatment potentially eliminates the need for some long-term studies.

As with any new drug, if the pilot study is successful, it will require considerable capital to move CT38 forward.  In that event it’s likely, Cortene would seek funding from venture capitalists and big pharma to complete the larger studies needed, but, as Gilead’s recent Hep C drug showed, the market reacts extremely favorably to a CURE.