Breaches in the Barrier

The last article reported that Younger speculated that people with chronic fatigue syndrome (ME/CFS) have an immune-triggered metabolic disorder.  The widespread neuroinflammation found in ME/CFS patients provides a clue, he thinks, to what’s going on. It suggests that immune cells are breaching the blood-brain barrier in multiple areas; like a flood overwhelming a dike, they’re essentially pouring through gaps across the brain.  In some diseases, the breach is local, but given his findings in ME/CFS, it’s probably blood-brain barrier wide.

Breaches of the blood-brain barrier appear to be common in neurodegenerative diseases. Studies suggest, for instance, that massive immune cell infiltrations into the brain precede the appearance of lesions in multiple sclerosis (MS).

From the beginning of his stint with ME/CFS, Avindra Nath – who specializes in these kinds of diseases – suggested this may be occurring in ME/CFS.

It turns out that having immune cells from the body show up in the brain is not a trivial thing.  The microglia, which are derived from macrophages, are uniquely adapted to work in the brain, but B and T-cells are not. In fact, they’re like a “bull in a china shop”. Once they get into the brain, they can cause a lot of damage. It’s entirely possible that immune cells from the body are major culprits in diseases like MS, Parkinson’s Disease and HIV encephalitis. 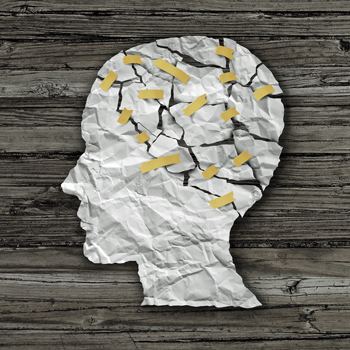 Younger believes an immune cell invasion of the brain may be behind ME/CFS.

If T and B-cells can cause so much damage, why would they ever show up in the brain? Younger reported it’s possible that the microglia are actually asking them in. Ordinarily, this would only happen in the most extreme of circumstances – if the brain is in danger from an infection or a tumor which the microglia can’t handle. In that situation, calling in these A A A carpet bombers may be the only way to save the brain.

Another possibility is that hypersensitized microglia are opening the door for the T and B cells. A strong immune insult, a series of illnesses, a massive infection like Lyme disease, exposure to environmental toxins (diesel can do it), even obesity through its production of leptin, can lead to hypersensitized microglia and a traumatized, sensitized immune response in the brain.  With the microglia responding to every little stressor, they simply go into overwhelm and call the big guns in.  This may be the most likely model for chronic fatigue syndrome (ME/CFS).

A check through the literature found that recent studies also indicate that inflammation in the body can open a pathway through the blood-brain barrier (BBB). Liver inflammation triggers the microglia to produce CCL2, a chemical which attracts immune cells called monocytes in the brain. When CCL2 is blocked, the immune cells fail to enter the brain.

A recent Parkinson’s Disease finding, shows another pathway. It indicates that our genetic makeup can interact with an infection to cause disease. It found that T and B-cells with a mutation – in combination with an infection – can create such a cytokine storm that the BBB is overwhelmed, and the cells in the brain that govern movement are destroyed.

Finally, Dr. Theorharides believes activated mast cells in the hypothalamus are opening the BBB in ME/CFS.  A blog on that is coming up shortly.

Proving that immune cells from the body are making it into ME/CFS patients’ or anyone else’s brains has, however, not been easy.  PET tracers which lock onto immune cells have been used, but have a flaw. Since it takes about three days for an immune cell in the body to get into the brain, the tracers need to last four or five days to be effective. Most poop out before that but the one Younger is using lasts for seven days.

Younger’s going to pull ME/CFS patients’ blood, isolate their T and B-cells and then incubate them with a new Zirconium 89 tracer which slides through the cell membranes but does not damage them. He fully expects ME/CFS patients’ brains to light up like candles.  Similarly, he doesn’t expect to see any light shows coming from the healthy controls.

If Younger can show that ME/CFS patients’ brains have been invaded by immune cells from the body he’ll have evidence that ME/CFS is an immune disease which attacks the central nervous system. His heat map /spectroscopy study already suggests that ME/CFS is an encephalomyelitis – an inflammatory brain condition with metabolic issues. The PET scan study showing how the inflammation is occurring is the next step.

This one-two punch – showing that neuroinflammation and the immune cells that may be causing it are present in the brain -would clearly make it much harder not to take this condition seriously. These are the same general processes, after all, that are occurring in some of our most devastating neurodegenerative diseases.

MS, with its high rates of fatigue, its link to infectious mononucleosis, the female predominance and the possibility that Epstein-Barr virus plays a role, has always seemed like a possible second cousin to ME/CFS. Younger agrees.  He hypothesizes that T and B-cell infiltration play a key role in both diseases. The difference is that the T and B-cells in MS are primed to attack the myelin on the nerves, while, thankfully, the T and B cells in ME/CFS patients’ brains are simply producing inflammation. 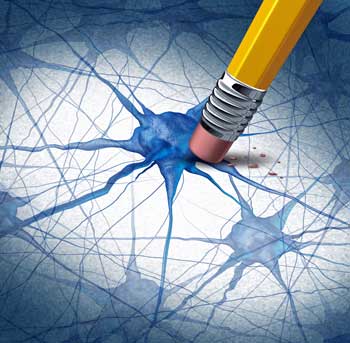 The difference between ME/CFS and multiple sclerosis may be that one disease produces inflammation while the other directly attacks the nerves.

A ton of money has been poured into MS. More money, in fact, is spent every year on MS than has been spent in almost twenty years in ME/CFS. On the face of it, that’s disappointing. If MS can’t get solved in thirty years, is it going to take us a hundred?

As Younger pointed out, though, MS is different: it produces lesions (neuronal damage) that, at least as of yet, there’s no recovering from. There’s only the hope of slowing down the process of further neurodegeneration.

Because the ME/CFS field, thankfully, doesn’t have to tackle the problem of frank neuronal damage, it may be a much easier disease to figure out and treat. Let’s hope so.

Younger has also been funded to use the same PET scan technique in multiple sclerosis. If everything turns out as Younger hopes, our ME/CFS/FM researcher may be on the precipice of making an indelible mark on one of our most feared diseases. (The same is occurring with Dr. Klimas and Parkinson’s Disease.)

MS, at least in its initial stages, is a waxing and waning disease that’s characterized by sudden attacks, subsequent neuronal deterioration and loss of functioning. Younger believes those attacks are preceded by sudden breaches in the blood-brain barrier. If he can catch those breaches as they’re happening, he may be able to determine: a) where in the brain the next lesion is likely to occur, and more importantly; b) when to hit the immune system with enough corticosteroids to temporarily turn those T and B-cells off and stop the infiltration before permanent damage occurs. If he can do that, he’s found a way that may be able to keep that dread disease at bay.

We don’t know what Younger will find when he peers into the brains of ME/CFS patients, but we do know he has the possibility of producing a major finding which, one would think, could produce a turning point for this disease. For that we can thank MERUK, a Scottish research based ME/CFS non-profit whose motto is “Energizing Research”. MERUK, a small organization, dug deep to give Younger $160K to get his pilot data. It’s an expensive study – the PET scans run at $5K an hour – but if it works out, Younger’s study could produce results that will make those costs trivial.

This study, however it turns out, demonstrates again how important even small non-profit foundations are to growth in this field. You need pilot data to get a big NIH grant and these non-profits – from the OMF to the SMCI to Simmaron to MERUK and others – are filling a crucial gap.

Health Rising’s East coast trip provided a wealth of information inspiring the article you just read and the ones below.  Several more articles will come from the Younger stop, plus Dr. Klimas’s exercise study, a possible new treatment for fibromyalgia, an Avindra Nath interview, and – on the return home – the folks at the Bateman-Horne Center. Next up on the travel agenda is the Stanford Symposium.