Jarred Younger has believed for quite some time that the glial cells in fibromyalgia patients’ brains are spewing pro-inflammatory factors and causing neuroinflammation. That neuroinflammation is, in turn, tweaking their pain and other neurons, resulting in a hypersensitivity to pain, sensory stimuli, sleep problems, cognitive problems, etc. 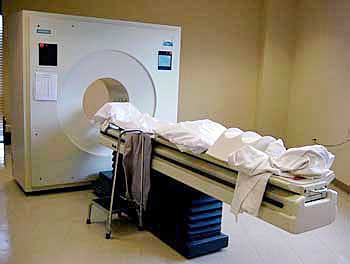 This FM PET scan study was produced by an unusual combination of Swedish and Harvard Medical School researchers. Apparently, upon learning that the Swedes from the Karolinska Institute were doing the same study, the Harvard group suggested that they team up. That Swedish group had recently found evidence of neuroinflammatory proteins in the spinal fluid of people with fibromyalgia. That 2017 study found increased levels of a substance called fractalkine which may play a key role in microglia activation, increased pain sensitivity and allodynia.

You might not be able to find a better group to assess the neuroinflammation in FM than the Loggia group. Marco Loggia, the senior author of the study, runs the Loggia Pain Neuroimaging Lab at Harvard. He’s a younger researcher – he got his PhD in 2008 – who is interested in subjects such as pain and fibromyalgia that many of his predecessors probably would have disdained.

Over the past five years, though, Loggia has co-authored fifteen papers on fibromyalgia or other chronic pain states. In 2015, he was the first to document glial cell activation in chronic pain.  A review paper featuring Loggia, Nijs, Meesus, Daniel Clauw and others suggested sleep issues or severe stress could trigger glial activity, which in turn results in central sensitization and chronic pain.  A 2016 review paper covered the ins and outs of new ways of assessing neuroinflammation.

Two 2018 studies found neuroinflammation in specific areas of the brain in ALS (precentral and paracentral gyri) and Huntington’s Disease (thalamus and brainstem).

In 2017, it was primary lateral sclerosis (motor regions). (Note how localized the regions of inflammation are…)

All Chronic Pain is Not the Same

Jarred Younger was astonished to find no evidence of neuroinflammation in rheumatoid arthritis patients using heat mapping and magnetic spectroscopy.

Loggia’s findings also suggested that all chronic pain is indeed a complex condition which is caused in different ways in different diseases.  That finding suggests that the prevailing practice of treating all pain conditions with opioids is uninformed to say the least.

As did a recent chronic fatigue study, this study found extensive evidence of neuroinflammation in fibromyalgia

Loggia’s 2015 low back pain study found glial cell activation (neuroinflammation) in the thalamus and regions of the somatosensory and motor cortices which represented the areas of the body – the back and leg – where the pain was experienced.

The study was small but the results were enhanced by the fact that it took place in two locations: Boston, Massachusetts and Sweden.

This study comes on the heels of unpublished work by Younger which used heat mapping to assess inflammation in the brain of people with chronic fatigue syndrome (ME/CFS). That study also found widespread neuroinflammation.

Younger’s recent grant to do a heat map study of FM patients will add to these PET scan results, and he’s applying for an NIH grant to do an expanded heat map and PET study in ME/CFS.  A Japanese group has reportedly been working on a very large PET scan study in ME/CFS for years, plus Andrew Lloyd was reportedly working on an ME/CFS neuroinflammation study in Australia.  If all goes well, before too much time has elapsed we may have substantial evidence that neuroinflammation is indeed present in ME/CFS and hopefully, FM as well.

“The findings may open the way for the development of completely new therapies for this currently difficult-to-treat condition.” Kosek, co-author.

“We don’t have good treatment options for fibromyalgia, so identifying a potential treatment target could lead to the development of innovative, more effective therapies.” Loggia.

So, if neuroinflammation (i.e. glial activation) is a “potential treatment target” in FM, what could be done to turn those cells off?  There don’t appear to be standardized protocols for reducing neuroinflammation but there are a lot of suggestions. It appears to be a potent field of research.

Interestingly, the FDA-approved drugs for FM make the list. They may not be the cat’s meow but they can be very beneficial for some, and they may be helping to tame overactive glial cells.

Antidepressants, surprisingly, are on the list as well.  Research suggests that many antidepressants also have anti-inflammatory properties that may be helping the 40% or so of people with inflammation-driven depression.

A 2012 study, in fact, found that all the SSRI’s tested (fluoxetine, sertraline, paroxetine, fluvoxamine and citalopram) “potently” inhibited the microglia from pumping out pro-inflammatory factors.

Jarred Younger got interested in LDN and then tested it in FM because studies showed it had microglial-inhibiting properties. Several subsequent studies have shown that LDN can be an effective pain reliever.  (LDN appears to be able to inhibit the TL4 receptors that turn on the microglia.)

Jarred Younger will soon be assessing the effectiveness of what he believes may be a much more potent form of the drug. More on that coming up soon.

Who says you couldn’t combine LDN with other drugs to make it more potent? Both LDN and trazodone are believed to have glial cell reducing properties. Interestingly, an LDN/trazodone combination popped up during an SMCI-funded (the former CAA) Biovista search for drugs to use in ME/CFS.

Biovista is a drug repurposing company that claims a 70% success rate in identifying effective drugs. First, Biovista gathered all the information on ME/CFS symptoms, pathophysiology and treatment they could, and then used an algorithm which contained information on “every known gene, pathway, disease, anatomical location, cell structure and other component of potential drugs, etc.” to search for drugs or drug combinations to try. Up popped a trazodone/LDN combination.

Trazodone in itself is an interesting drug.  ME/CFS expert Dr. Bell reported that Trazodone was one of his favorite sleep medications. In low doses it’s probably used more as a sleep aid in ME/CFS/FM than as an antidepressant. It’s one of the few drugs able to reduce the alpha wave intrusions that plague FM and ME/CFS patients during sleep. Plus, the IACFS/ME Treatment Primer reported that Trazodone may be able to maintain its effects over time better than any other sleep drug.

The good news regarding fractalkine, is that besides being found upregulated in fibromyalgia, it’s been implicated in several neurodegenerative diseases including Alzheimer’s and multiple sclerosis and several fractalkine-inhibiting drugs are reportedly in clinical trials.  (It’s also upregulated by viruses.) Three months ago, Kancera, a Swedish-based pharmaceutical development company, added two new fractalkine antagonists to its fractalkine project. Because fractalkine is believe to poke glial cells awake, a fractalkine antagonist could be a major step forward.

A brief survey suggested that the search for better glial cell inhibitors is on.  Laboratory studies suggest a wide variety of compounds could help tamp down the microglia. Honokiol, which comes from the magnolia tree and is used in Eastern Medicine, reduced glial activation in mice in a recent study. A culture study suggests that NADPH can inhibit glial cell activation in nerve cells. A  fatty-acid amide-hydrolase (FAAH) inhibitor URB597 modulated glial cell activity in the hipppocampus. DTIO (Nec-1, 5-(3′,5′-dimethoxybenzal)-2-thio-imidazole-4-ketone) inhibits neuroinflammation, reduces lactate formation, etc. Two recently discovered molecules could reduce neuroinflammation.

A 2016 study, which found that a high fructose diet resulted in high levels of fractalkine and neuroinflammation in mice, might be bad news for carbohydrate lovers. Anti-inflammatory diets which restrict carbs would seem to be an obvious first step in attempting to reduce neuroinflammation.

N- acetylcysteine (NAC) is an antioxidant and mitochondria enhancer.  Shungu (unpublished) reported that NAC supplementation was able to reduce lactate accumulations in the brain and improve symptoms in ME/CFS.  NAC is relatively cheap, readily available and is believed to be safe.

Taking magnesium can reduce IL-8. Chondroitin, glucosamine, hyaluronic acid and boswellia serrata may be able to quench several inflammatory chemokines such as IL-8. Omega-3 fish oil and DHA may be able to regulate glial cell activity, and antioxidants such as Grape seed extract, cordyceps, and curcumin (with bioperine) and CoQ10 can help calm the microglia as well.

Jarred Younger produced a long list of botanicals that may be able to calm the microglia, and is testing some of them in Gulf War Illness. They include: cucurmim, luteolin, resveratol, gastodia elata, obovotal, inflexin, pipera kadsura, ganoderma lucidum, berberine, isodon japonicasm, epimedium brevicornum, stephania tetranda, stinging nettle, fisetin, pycnogenol, boswellia and kratom.

Further studies are needed to validate the findings but no one’s surprise neuroinflammation appears to be present and widespread in the brains of people with fibromyalgia. The surprisingly long list of potential microglial inhibiting agents is encouraging (and a bit daunting) and much work remains to identify those that will be helpful in FM and ME/CFS. For now we know that LDN and some cannabis products work well in some patients and Jarred Younger is testing other possibilities.  With interest in microglial inhibiting agents growing hopefully the future of this possible new treatment option is a bright one.