Ramsay’s Continue Focus on the Mitochondria in ME/CFS – Plus, the Hunt for a Drug Target is On (!)

The Solve ME/CFS Initiative’s Ramsay Awards are small grants (@$50K – only in the medical field is 50K small) but potentially mighty grants. They are designed to give researchers the funding to produce pilot data needed to get really big grants – the NIH and other grants, worth millions.

The 2016 Ramsay Award winners achieved this in spades. By the end of this year, my calculations suggested that the SMCI’s $250K investment in the 2016 Ramsay Awards may have brought in something like $5 million in new ME/CFS funding with more, hopefully, to come. Plus, they introduced several new researchers to the field.

That’s a pretty good bang for the SMCI’S buck.

Recently, the 2018 Ramsay Award winners were announced. They continue the SMCI’s focus on understanding the energy production and immune issues in ME/CFS. Plus, this year they also include two new twists: taking advantage of a hot area in drug development, the Solve ME/CFS Initiative is funding a hunt for a drug target in ME/CFS, and is funding a mast cell researcher.

The Hunt for A Drug (Target)

From his beginnings with Dr. Peterson, Vincent Lombardi, PhD, has been involved in the ME/CFS field for decades. His touchstone ME/CFS moment came when a dying patient of Dr. Peterson’s, whom Lombardi knew well, asked him on his deathbed to carry on the fight.

Lombardi’s been involved in several important ME/CFS moments. His data demonstrated that the RNase L finding was a chimera and then indicated that XMRV was indeed a contaminant. After the Mikovits era, Lombardi saved the Nevada Center for Biomedical Research’s (then the Whittemore-Peterson Institute) bacon when an NIH group came to the lab ready to jerk the Center’s grants. Impressed with Lombardi, the grants stayed and the NVCBR’s work on ME/CFS continued.

Lombardi’s well aware of ME/CFS’s big problem: lots of people desperately need treatments, but because the disease lacks treatment targets – specific biological factors that drugs can be aimed at – doctors are mostly shooting blind. They’re trying to reduce symptoms without knowing how they are produced. 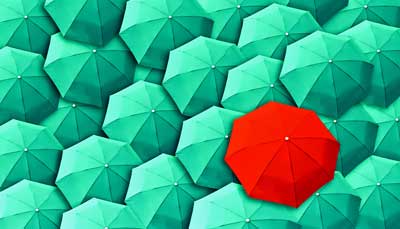 Vincent Lombardi is looking for a target doctors can aim a drug at in ME/CFS.

Vincent Lombardi hopes to change that. In his 2018 Ramsay Award, he’ll be trying to pinpoint a specific treatment target in hopes of finding a drug to stop the inflammation in ME/CFS in its tracks. He’ll be doing this by digging deep into inflammatory cascades to identify the transcription factors that tell our cells to pump out cytokines.

This is a timely award. Finding ways to turn off inflammation early in the process has become a hot area of drug development. Several of these drugs (called “Jak-Stat” inhibitors) have been approved and at least 15 are in clinical trials.  If Lombardi can identify specific upregulated transcription factors in people with ME/CFS, he may be able to open the door to treatment opportunities in a booming field of drug development.

Theoharides, who has co-authored hundreds of papers, has long been at the forefront of mast cell research. He was among the first to show that mast cells are prime triggers of the microglia – the immune cells believed to cause neuroinflammation in ME/CFS.

With his 2018 Ramsay Award study, Theoharides is turning to a new area of immune research involving exosomes – small extracellular vesicles emitted by cells which are believed to play important roles in autoimmune diseases and others.

Exosomes, which can carry all kinds of cell-regulating factors, travel through the bloodstream until they come upon a cell which they attach to and disgorge their contents into – causing the cell to act in different ways. They constitute a recently discovered communication network and are the subject of much research, including three ME/CFS studies from Theoharides, Maureen Hanson and the Williams/Ariza group at Ohio State. Theoharides will be examining the contents of the exosomes in ME/CFS to determine how they may be influencing the mast cells and microglia in ME/CFS patients.

They’re bringing in a researcher new to the ME/CFS field – Liz Worthey, PhD, of the HudsonAlpha Institute for Biotechnology, which specializes in genomic medicine.  Worthey, who’s developed new ways of probing the genome, is an interesting blend of geneticist and bioinformatics specialist. 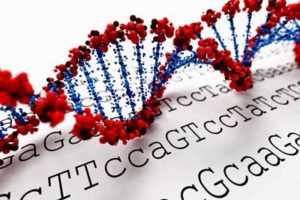 Worthey will use novel analyses to find genes hampering energy production in ME/CFS.

She’ll use algorithms, including one called “custom network analysis” to examine all sorts of genomic abnormalities (single nucleotide substitutions, structural variants, fusion products, expanded tandem repeats, and variants in regulatory regions) that may be whacking away at the metabolic pathways in ME/CFS.

She believes that genetic alterations in ME/CFS may be altering metabolic pathways, leading to an unstable cellular energy state. The type of ME/CFS you have simply depends on which metabolic pathway your genes are interrupting.

She’ll be working with former Ramsay Award winner, Jarred Younger, who recently gave a talk on ME/CFS at HudsonAlpha.

“My explanatory model is that you can become immune to your own mitochondria.” Jonas Blomberg

The SMCI may have been saving the best for last. Jonas Blomberg is a member of Ron Davis’s Working Group and has been active in ME/CFS for quite some time. Just a month or so ago, he and his co-award winner, Anders Rosen, published a hypothesis suggesting ME/CFS may begin in the gut – long before the disease actually strikes – and end by slamming patients’ ability to produce energy.

They propose that a leaky gut created a population of auto-reactive B-cells that remained mostly inactive or quiescent (in a state of anergy) – almost like undercover agents infiltrating a city, waiting for the signal to pounce.  At some point, a “decisive” immune event flipped them into action, and an autoimmune disease – ME/CFS – was born.

A well-published researcher with a long history of pathogen research, Blomberg, an MD and PhD, hails from Uppsala University in Sweden. He’s been an active player in ME/CFS issues in Sweden and Europe. He’s on the Board of Directors of the Gottfries Clinic – one of the few Swedish clinics which offers adequate care for people with ME/CFS – and is a member of the Biomarkers Working Group of EUROMENE, a European organization fighting for more ME/CFS funding.

Blomberg may be unique in that this is his second Ramsay award. His first, which involved Jonas Bergquist and Carl-Gerhard Gottfries, also focused on autoimmunity and energy production.

I spoke to Blomberg at the Stanford Working Group meeting at the end of September. He said, “So many things indicate that the mitochondria are not faring well in ME/CFS”. 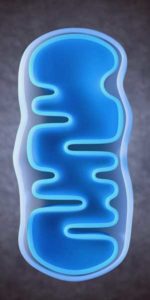 Blomberg will hunt for signs that the immune system is attacking the mitochondria in ME/CFS.

The 2018 award will allow Blomberg and Rosen to further explore their thesis that an autoimmune process is pummeling ME/CFS patients’ mitochondria. If they’re right, ME/CFS wouldn’t be the first disease in which this has happened. In primary biliary cirrhosis (PBC) – a disease they’re using as a model for ME/CFS – autoantibodies attack the very same enzyme – pyruvate dehydrogenase – that so much interest has centered on in ME/CFS.  (Ironically, the PBC study showing it was an autoimmune mitochondrial disease was published in the Lancet – the same journal which defies anything other than a biopsychosocial interpretation of ME/CFS.)

Bob Naviaux came to mind when Blomberg compared the mitochondria to an octopus, gathering information from and interacting with so many different components of our immune system. (Blomberg’s partner in the study, another PhD/MD  – Dr. Anders Rosen –  is an expert in mitochondrial signaling.)

He has his eye on an overarching model of ME/CFS in which an infection, through a process called molecular mimicry, triggers a kind of metabolic meltdown. What an intriguing idea – an autoimmune-mitochondrial model of ME/CFS. It would explain so much.

Expect a paper on Blomberg’s findings out soon.

The 2018 Ramsay Awards feature some ambitious projects. They continue the SMCI’s focus on the energy production problems in ME/CFS and the immune system. Plus, they’re bringing one new researcher (Worthey) into the fold and an established mast cell researcher. Ramsay would undoubtedly be pleased at the focus on the immune system and energy:

The 2016 Ramsays set a high bar. Time will tell if the 2018’s can match that, but in the meantime, let’s wish them good luck in generating some good pilot data, which they then turn into studies and major grant awards – something this field vitally needs.