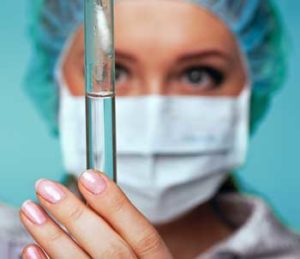 We are in the midst of a molecular revolution. Instead of plucking out individual factors and studying them, researchers are ploughing through immense amounts of data to try and get at the molecular roots of illness. They’re using genetic, gene expression, metabolomic, proteomic or other data are trying to determine which genetic variations are present, which genes are being expressed abnormally, which metabolic products are being produced, which proteins are found in unusually high (or low) levels, etc.

Once that data is in pathway or other analyses are done to determine where the body is taking a hit. They often highlight specific genes, metabolites, or proteins which seem to play a particularly important role.

Over the last couple of years a Swedish research group has done a series of proteomic studies on women with chronic widespread pain/fibromyalgia. Theoretically, because proteins do the work in cells they should be very illuminating, but proteome analyses are complex, expensive and tricky and we don’t see too many of them.

The results have been illuminating. 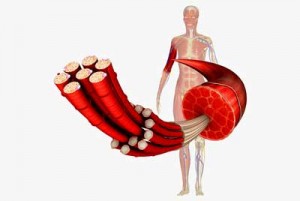 A voluminous record of muscle issues has shown up in fibromyalgia.

The group’s exploration of the proteins in the trapezius muscle should put to rest any ideas that problems with muscle functioning are not present in FM. The six proteins that stood out suggested that an inflammatory process in the muscles in people with FM is putting them under stress, interfering with energy production and causing muscle damage. The fact that levels of those proteins were strongly associated with pain intensity indicated that they likely contributed to the muscle pain experienced in FM.

(Note that these findings suggest that the pain in FM is not simply the result of central sensitization; i.e. amped up pain-sensing processes in the brain and spinal cord; it is also being produced by the muscles.)

Just about every protein in the 2017 cerebrospinal fluid study pointed an arrow straight at neuroinflammation. The most important factor, insulin-like growth factor 2 (IGF2), is believed to trigger microglial cells – the key inflammation producers in the brain – to produce nerve pain.

The study suggested that an inflamed, possibly hypoxic (low oxygen) brain was getting tweaked to produce pain and more pain; i.e. it agreed with a recent study which suggested that neuroinflammation is alive and well in FM.

A Swedish team has done three proteomic studies in three different compartments of FM – the muscles, the cerebral spinal fluid and the blood (plasma).

The muscle study suggested that an inflammatory process is creating problems with energy production and causing muscle damage. Other studies finding a multitude of problems in FM patients’ muscles back up the Swedish team’s findings.

The cerebral spinal fluid findings provided a witches’ brew of bad news. The signs of inflammation, low oxygen levels, damage glial cells and problems with neuronal protection all suggested neuroinflammation is alive and well in FM.

The plasma study findings mirrored those of the first two studies. Inflammation and problems with energy production were strongly indicated.

The three proteomic studies suggest that an inflammatory process affecting metabolic energy production may be widespread in fibromyalgia.

Similar findings occurring in chronic fatigue syndrome (ME/CFS) suggest ME/CFS and FM are, as suspected, closely related and that research efforts in one will likely benefit the other.

The Swedish group’s most recent proteomic study – on the plasma – attempted to determine if proteins in the blood of people with CWP/FM were associated with the amount of pain they were in and whether they were experiencing anxiety, low mood, etc. (Being in chronic pain puts people at a much increased risk of having a mood disorder – go figure… Plasma is the fluid part of the blood which contains the white and red blood cells and platelets.)

First they compared the proteins found in plasma from people with CWP/fibromyalgia and healthy controls. Then they determined whether the abnormally expressed (either high or low) proteins in the CWP/FM patients were associated with either increased pain intensity or mood issues. If the same protein had lower levels in people with less pain and higher levels in people with more pain, the protein was assumed to be associated with pain.

The results were intriguing, given previous studies suggesting that coagulation issues could impact ME/CFS/FM. Fibrinogen – a part of the blood coagulation cascade – was elevated. So was a substance, kinnenogen-1, which triggers the release of bradykinin – an inflammatory agent which does many things, including cause pain, and is involved in mast cell degranulation. 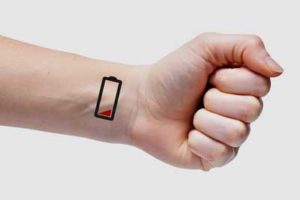 Studies suggest that problems with energy metabolism are present and widespread in FM.

Lower levels of a broad-based anti-inflammatory, alpha-1-antitrypsin, that has been associated with fibromyalgia before suggested that the CWP/FM patients were failing to keep inflammation in check. The authors believed these three factors signaled an increase in inflammation.

Ceruloplasmin was the big surprise.  A copper transporter, it’s never been associated with increased pain intensity but has been found to be elevated in FM. One of the group’s past studies found that several forms of it were associated with widespread pain.

The really exciting outcome, though, was the finding that most proteins associated with increased pain were involved in metabolism; i.e. energy production. Proteins involved in energy metabolism have showed up in two trapezius muscle studies, and this plasma study – suggesting that in the pain of fibromyalgia, energy production problems play a key role.

The study found that proteins involved in inflammation (complement) and iron metabolism were associated with increased levels of psychological distress.

Proteomic analyses are rare which makes it all the more encouraging that this Swedish team’s findings are broadly consistent with other kinds of analyses. A similar picture showing up in the muscles, brain and plasma of CWP/FM patients suggests that FM is probably a systemic inflammatory and metabolic disease. Inflammation was the high note – it was found in all three compartments of the body – while problems with energy metabolism were found in two of them, as well in the two muscle studies.

Neuroinflammation, energy production, small fiber neuropathy, central sensitization and micro-circulation problems appear to be present in both. Both diseases appear to feature failures in the anti-oxidant and anti-inflammatory systems. My guess is that orthostatic intolerance will at some point be confirmed in FM.

Jarred Younger has suggested that the difference may come down to the microglia being tweaked one way in FM and in a slightly different way in ME/CFS. However it turns out, at the molecular level, at least, a similar pattern is showing up in these two diseases and that’s good news for both of these severely underfunded diseases.

That suggests it’s a good idea to keep up with the research on both diseases, and that breakthroughs in one disease may benefit the other. Ron Tompkins’s deep exploration of the muscles in ME/CFS at the Open Medicine Foundation-funded ME/CFS Collaborative Research Center at Harvard, could, for instance, provide key insights that apply to both diseases. Similarly, the cascade of new pain drugs the NIH’s Heal Initiative will hopefully produce may be helpful in ME/CFS as well.